A pivotal voice in a Republican-controlled Senate, she is not running for governor of Maine. 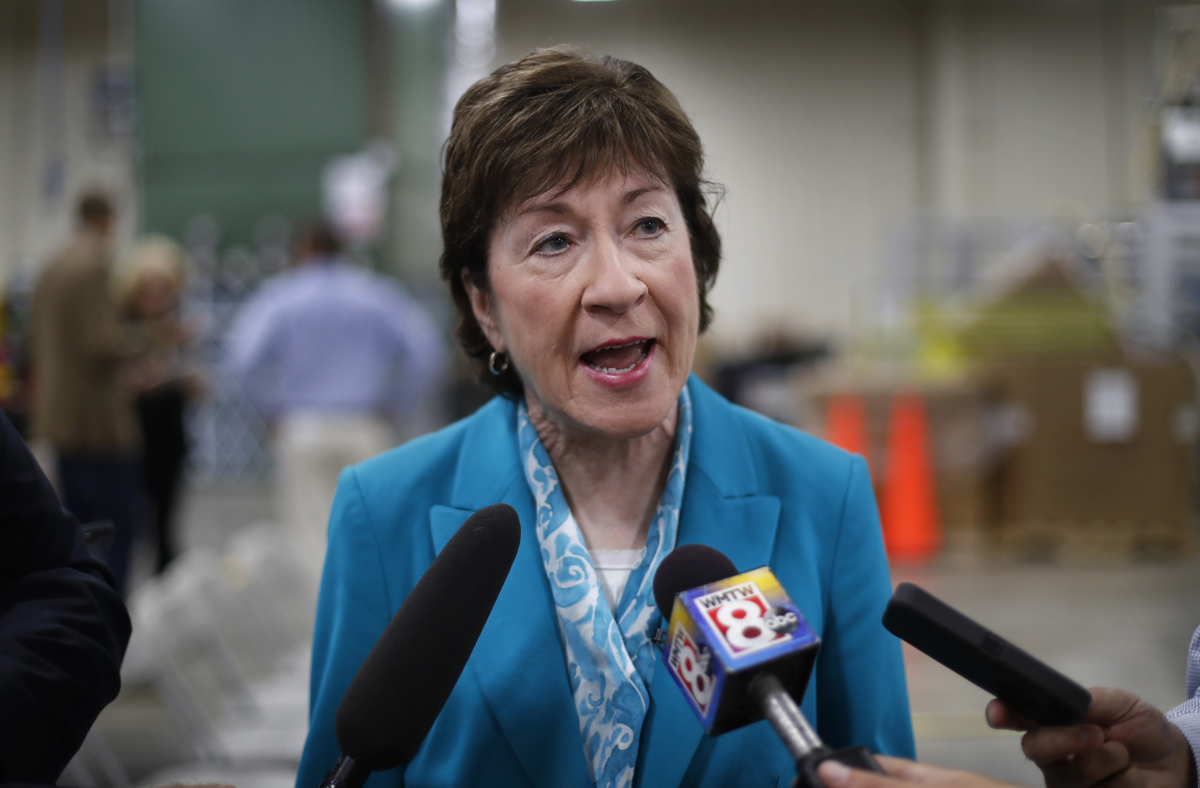 I guess it tells you all you need to know about the stature of Susan Collins that she captured the nation’s attention this morning by announcing that she wasn’t doing something. That something was running for governor of Maine, and as Collins just revealed, she has opted to pass on that 2018 race and stay in the Senate.

Collins, a “moderate” Republican in a chaotic moment for the party, has made a huge splash this year for her critical votes against Obamacare repeal, which helped upend efforts to pass versions of the legislation. She has memorably joined Sens. John McCain, Lisa Murkowski, and Ron Paul in doing so.

“I want to continue to play a key role in advancing policies that strengthen our economy, help our hard-working families, improve our health care system, and bring peace and stability to a violent and troubled world,” she said Friday, addressing a local chamber of commerce at a breakfast. “And I have concluded that the best way that I can contribute to these priorities is to remain a member of the United States Senate.”

There had been speculation that she might run for Gov. Paul LePage’s seat, which would mean her seat would open up, potentially going to another Republican more likely to endorse the unraveling of the Affordable Care Act. Maine has a two-term limit for its governors, and LePage’s time is almost up.

Collins says she heard from Mainers who thought she might “help heal the divisions in our state” in the wake of LePage—a pugnacious leader whose legendary temper, views on racial minorities, and penchant for odd spectacles made him a national curiosity. But that job will now fall to someone else.

By sticking around, Collins, who joined the Senate in 1997, will retain her status as a senior Senator. She votes with President Trump less often than any other Republican in the Senate, according to the FiveThirtyEight tool that tracks politicians’ “Trump score.”

Explaining her decision to stay, Collins shared a glowing letter from a colleague that urged her not to leave:

These are difficult times in our country, and the Senate reflects the discord and division that characterize our nation today.  One of my Senate colleagues wrote me a lovely note urging me to stay in the Senate, saying: “The institution would suffer in your absence.  While the temptation might be to walk away and leave the problems to others, there are very few who have the ability to bring about positive change.  You are such a person.”

As I thought about this Senator’s words, I realized how much remains to be done in a divided and troubled Washington if we are to serve the people of our states.  I have demonstrated the ability to work across the aisle, to build coalitions, and to listen to the people of my state and my country. The challenges we face today are enormous – from frustrated families with stagnant wages and expensive health care to a nuclear-armed North Korea and Russian interference in the very fabric of our democracy, our elections.