She's not sitting this one out. 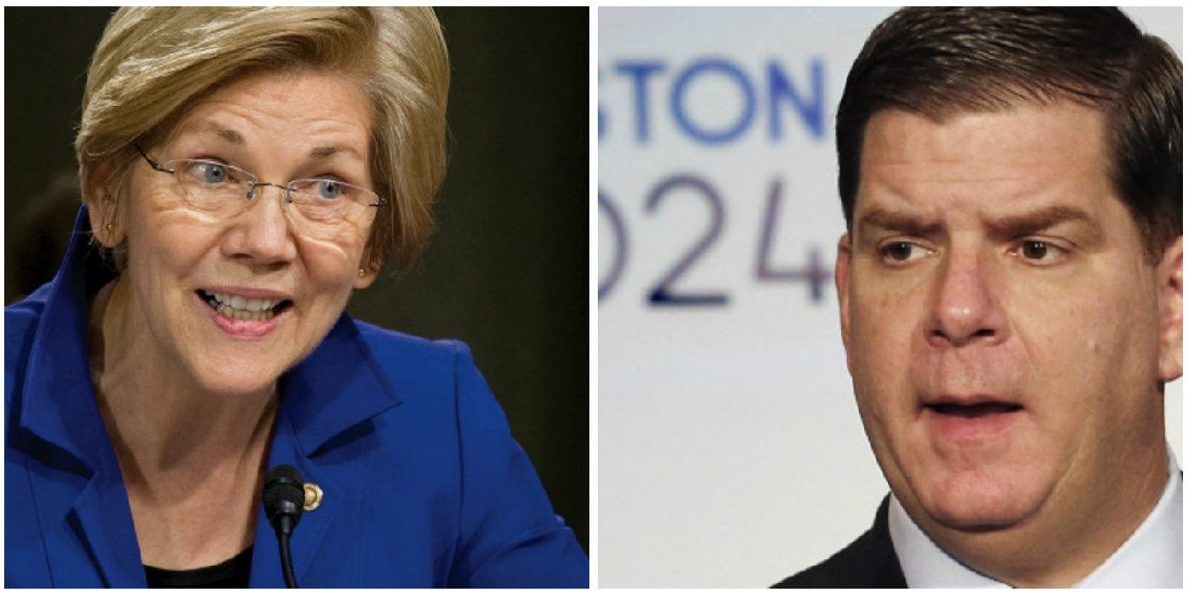 Back when the 2016 Democratic primary was a toss-up in Massachusetts, Sen. Elizabeth Warren chose to let a progressive challenge to Hillary Clinton from Bernie Sanders play out on its own without an endorsement from her either way. But in the case of Boston’s lopsided mayoral race, Warren has decided to come off the sidelines.

The senator, an influential progressive voice, is endorsing Boston Mayor Marty Walsh as he fends off a challenge from City Councilor Tito Jackson, who has positioned himself as a progressive alternative and accused the incumbent of underfunding schools and prioritizing the needs of the richest Bostonians over the less wealthy and housing-crunched. Warren’s endorsement, in which she called Walsh “a dear friend and a fierce fighter for the people of Boston” and touted the mayor’s “progressive record,” seemed tailored to undermine that message.

“He’s building a city that works well for everyone, whether it is building housing at a record pace to meet needs, ensuring our children are receiving the best education possible, or making Boston a place where every person, no matter who they love or where they come from know they have a home here in this city,” Warren, who lives in Cambridge, said in a speech at Doyle’s Pub in Jamaica Plain. “I would want no other person leading the charge in Boston.”

A statement from the Walsh campaign says he is grateful for the support, and also notes that the two have collaborated in advocating for Obamacare and spoke together at the Women’s March in January.

Warren endorsement or no Warren endorsement, this race remains Walsh’s to lose. Unless something changes drastically in the next few weeks, it’s shaping up to be a runaway. Walsh made it through the election’s preliminary round with 63 percent of the vote to Jackson’s 29 percent.

The endorsement follows the race’s fiery first debate, in which Jackson took aim at Walsh’s record. Another will take place Tuesday, October 24, on WGBH.

Voters head to the polls November 7. The deadline to register is October 18.