The Dave’s Soda Guy Trusted Trump and Got Burned 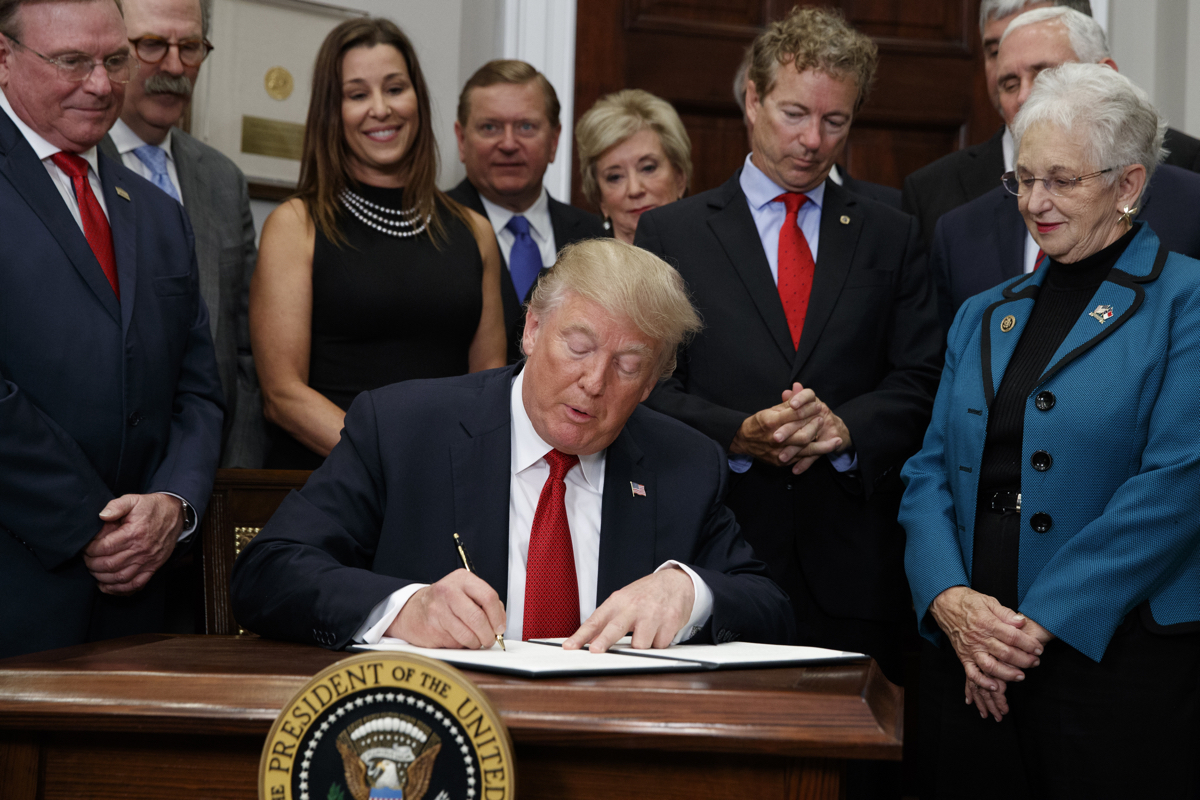 Dave Ratner, second from left, joined Trump for the signing of an executive order on healthcare. Photo via AP

He wants you to know that, no matter what message was sent by his mustachioed visage appearing with Donald Trump, he does not like or support the president. He doesn’t support the executive order Trump just signed, which yanks a key source of funding from the Affordable Care Act (and may cost Massachusetts nearly $150 million in subsidies). And he would like everyone to please calm down, stop yelling at his employees over the phone, and resume what until now had been a good relationship based on dog food, soda, and wacky commercials and internet videos.

The Agawam-based owner of Dave’s Soda and Pet City, which is a beloved chain of stores selling pet food and soft drinks, has become the target of scorn in Western Massachusetts after he found himself standing behind President Trump as he signed a controversial executive order aimed at wounding coverage under the Affordable Care Act. Now, after a boycott has gained steam and backlash to the businessman’s mini empire erupted on Facebook and elsewhere, Ratner is more or less begging his customers to forgive him.

“You may have seen a picture of me at the White House recently while President Donald Trump signed his executive order on health care,” he writes in a letter to the Springfield Republican. “I want to say strongly and clearly: I do not support this executive order. I had absolutely no clue he was adding all the onerous changes. I was duped, I am an idiot. I did not vote for Trump and I am not a Trump supporter. The President’s executive order is bad for this region, our residents and our healthcare non-profits. I apologize to my employees, our customers and the community for being at the signing ceremony.”

He explains that he has lobbied Congress as part of the National Retail Federation, which supports Obamacare repeal, to remove some of the burdens the law placed on smallish businesses like his. About 60 percent of small business owners oppose Obamacare. Among other things, the federation is critical of the law’s requirement that companies with more than 50 employees provide health coverage to workers.

Ratner’s focus, he says, has been on ending a restriction that limits small business owners’ ability to negotiate directly for group insurance rates, the way bigger companies (for example, Petco and PetSmart) can. He traveled to Washington for the photo op, he says, only because he thought that’s what Trump was about to undo. He was wrong. “It was obviously an error in judgement to believe the White House that this was the only change they would be announcing,” he writes in his letter. “Many of the other changes in the Executive Order are likely to make it harder for local residents to get affordable healthcare – the exact opposite of what I was hoping for when I went to Washington.”

Not everyone is buying it. “He knew exactly what he was doing,” wrote one person on Twitter, who pledged to boycott. “No sympathy,” wrote Greg Dworkin, contributing editor for the politics site Daily Kos. “You have to be clueless to do this, and I’m not buying that he is.” Others are prepared to cut him some slack, or as Globe columnist Kevin Cullen put it: “Somebody throw this poor guy a bone.”

Maybe Ratner should have known better. But because he didn’t, he now says he worries he’ll have to close his stores if the anti-Dave’s campaign continues much longer.