The Celtics forward fractured the ankle during the early minutes of the NBA season opener. 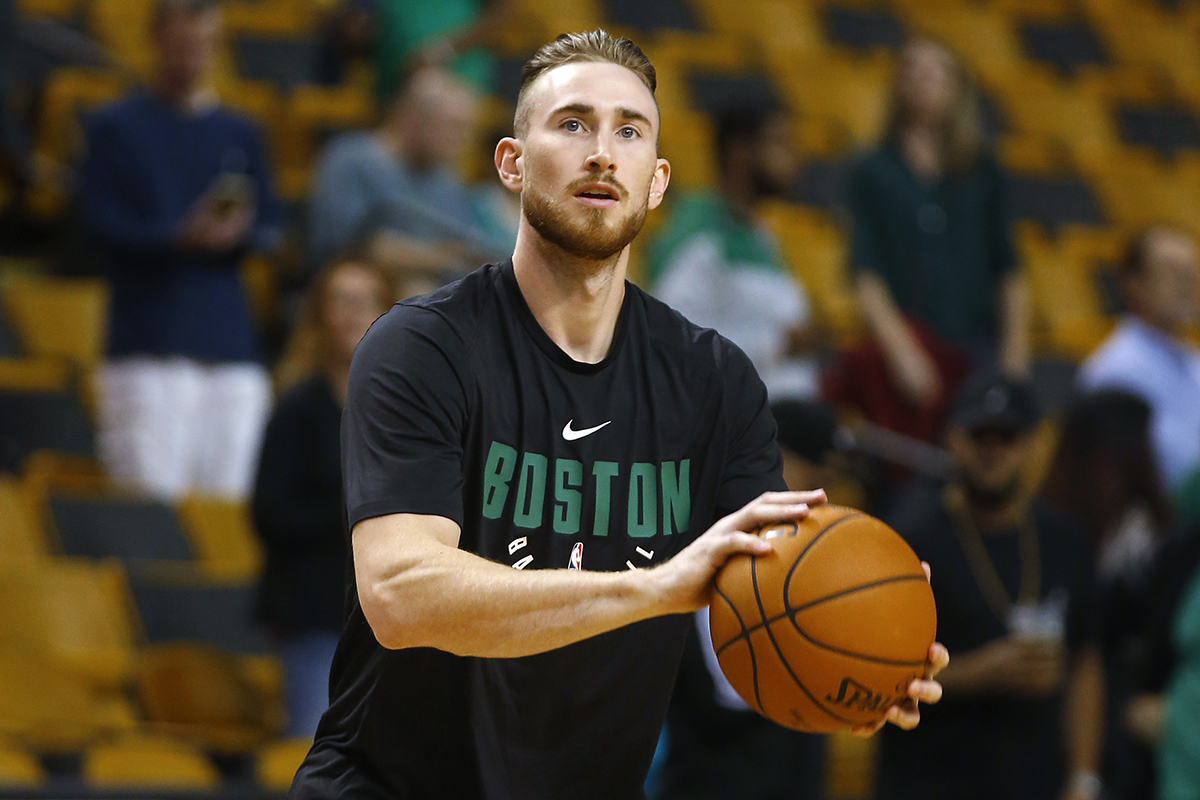 Gordon Hayward went down with a gruesome ankle injury less than six minutes into the Celtics’ season last night in what ended up being a 102-99 loss to the Cavaliers. Cleveland’s Quicken Loans Arena was shocked by the graphic visual of Hayward’s wayward ankle, which resulted from the forward hitting the court after going for an alley-oop from guard Kyrie Irving.

The all-star forward suffered a fractured ankle, the Celtics announced, and is likely out for the season. His left leg was put into a compression cast before medical staff removed him from the court.

It’s a serious setback for the Celtics’ championship dreams. Hayward joined the team back in July, when the Celtics signed him to a four-year, $128 million contract. He was to be a key cog in the squad with Irving at the forefront, and—though a league title was always a long shot while the juggernaut Golden State Warriors are still thriving—the team was expected to compete for the Eastern Conference crown.

There has been an outpour of support for Hayward in the wake of the injury, with Horford telling the Boston Globe that though this “is a setback… knowing Gordon like I know him, I know he’ll be focused and he’ll come back.”

In addition to his teammates, former Celtics also expressed concern for Hayward. Paul Pierce, who spent 16 seasons in Boston simply tweeted “Omg” in reaction to the injury. Others, meanwhile, struck an optimistic chord: Former Celtics fan-favorite Isaiah Thomas tweeted he is “praying hard for my guy.” Legend Bill Russell also indicated he had Hayward on his mind.

Woke up this morning praying hard for my guy @gordonhayward … Minor setback for a MAJOR comeback my brotha, all love from me! 🙏🏾🙏🏾🙏🏾

Was happy to see the #NBA is back, but very sorry to see #Celtics #PrayForGordonHayward with a bad ankle injury

Tonight, the Celtics will host the Milwaukee Bucks in the season’s home opener at the TD Garden.