Forecasters Are Predicting a Warmer-Than-Average Winter in Boston 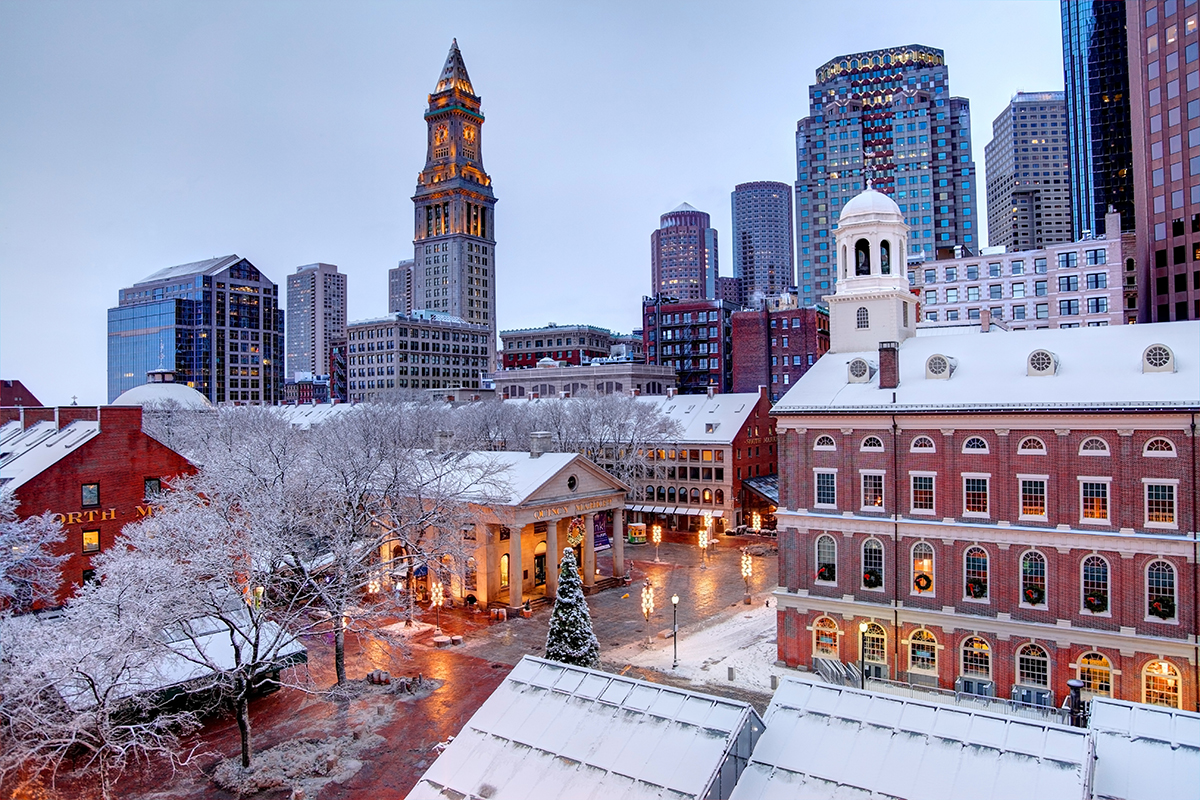 There’s something gritty, honorable, and altogether triumphant about surviving winter in Boston. While waiting for the T outside in January beneath six layers of clothing, it’s especially satisfying to watch other cities panic at the mere whiff of bad weather (lookin’ at you, D.C.) and to claim you “don’t even notice” how cold it is in Massachusetts. But this year, such pretenses may not be needed, as early forecasts point toward a warmer season ahead.

Meteorologists at the National Oceanic and Atmospheric Association released their winter outlook Thursday and said there’s a 40 to 44 percent chance that New England will experience warmer-than-normal temperatures from December through February. Balmier weather is also predicted for the southern two-thirds of the country, while people living near the Canadian border from Minnesota westward appear to be headed for below-normal temperatures.

Forecasters also anticipate a mild version of La Niña will develop this winter, which tends to bring more precipitation and cooler temperatures to the northern part of the country and a drier season in the south. But William Babcock, a meteorologist at the National Weather Service outpost in Taunton, said the development of La Niña is unlikely to have much of an effect on Boston.

“As far as New England goes, especially southern New England, it can have some effect, and this year the pattern is looking like it favors warmer-than-normal temperatures, but we tend to be the least affected out of the United States,” Babcock said.

The NOAA models didn’t provide a decisive prediction on this winter’s precipitation, and Babcock said there’s an equal chance that things turn out to be normal or atypical.