The city says the e-commerce giant should say "Yes" to the Hub. 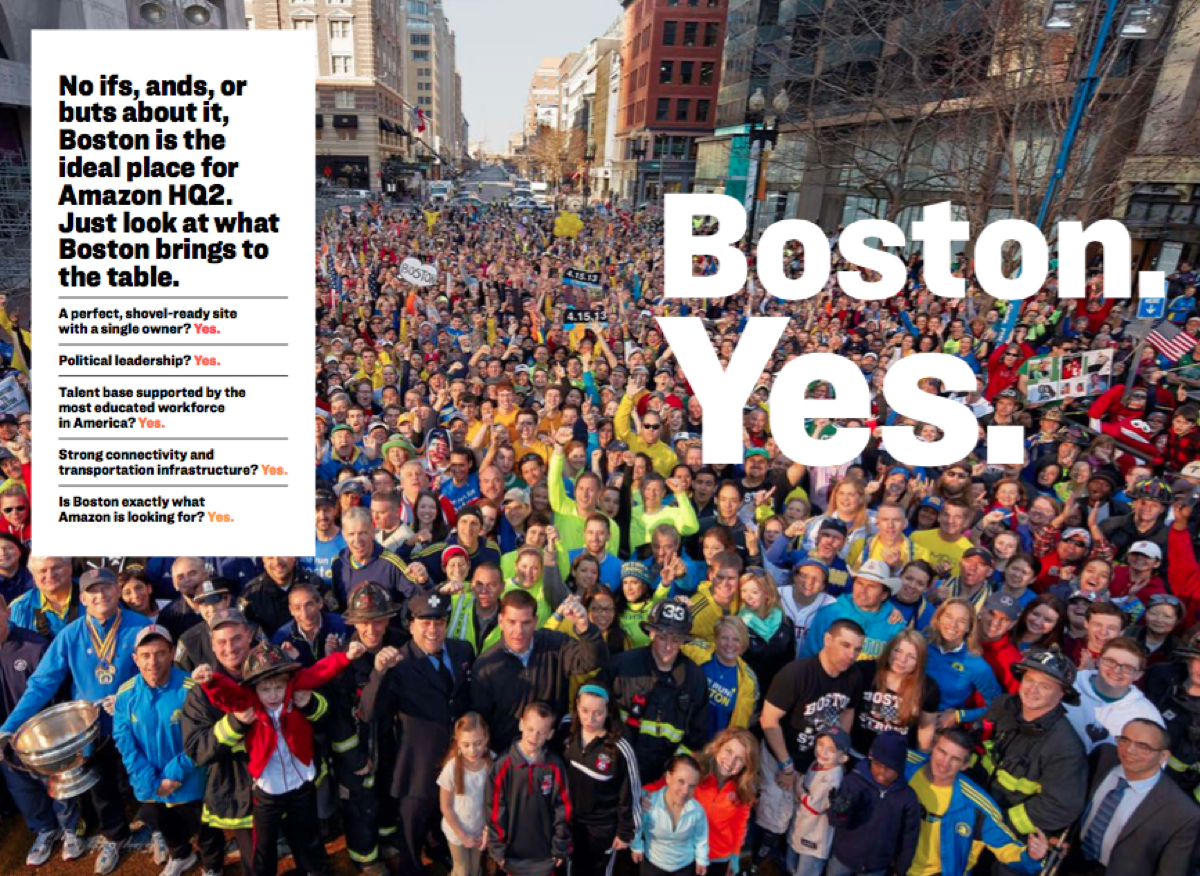 Here it is: Boston’s love letter to Amazon, the e-commerce giant that is leading a nationwide search for the home of its proposed second headquarters, HQ2.

The deadline for bids around the country has arrived, and Boston’s 218-page, orange-hued document has finally been made public, as have a pair of peppy, polished videos.

“It is with pride and enthusiasm that I propose Boston become the home of Amazon’s second North American headquarters,” begins a cover letter from Boston Mayor Marty Walsh, addressed to Amazon CEO Jeff Bezos. “As America’s city of revolutionary progress, Boston is the perfect fit for Amazon to build community, create opportunity, and advance its world-changing mission.”

Gov. Charlie Baker, who has said he won’t favor any one pitch in a state that is submitting two-dozen of them, also offered some kind words about the Hub in a letter of his own. “The City of Boston flourishes as the hub of the region, and, in fact, all of Massachusetts and New England,” he writes. “Boston is a world class city that offers – on its own and draws from its neighbors – a thriving, healthy, and innovative ecosystem that has and can continue to play an increasingly greater role in your company’s overall growth and success.” Baker’s office this week also released a proposal cheerleading for Massachusetts as a whole, with a cameo from Facebook founder Mark Zuckerberg. “If I were starting now,” the Harvard drop-out says, “I would have stayed in Boston. [Silicon Valley] is a little short-term focused and that bothers me.” 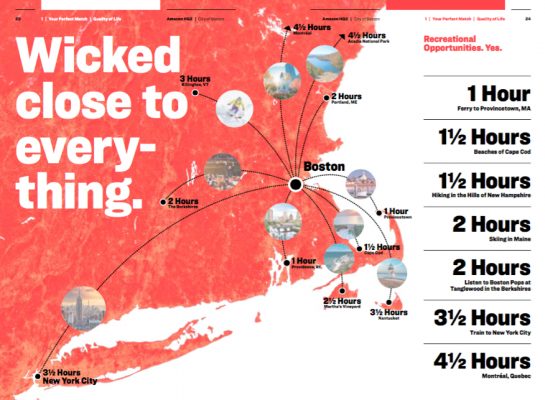 Conspicuously absent in the document is any word on incentives that Boston might offer to lure the company, but Walsh has said that he is holding off on discussing tax breaks and other goodies that might be part of the bid until Amazon expresses an interest in the city. Instead, the bid released this week offers a broad, and glowing, assessment of the city, touting everything from its colleges, hospitals, and workforce to its innovation in fields like robotics, its “community policing,” and its “stable local government.” It makes a point to note that Baker, a Republican, and Walsh, a Democrat, get along and have a “track record of working closely together to ensure that Boston is a welcoming place for businesses to grow and thrive.” That relationship, dubbed by some as a “bromance,” was a defining characteristic of Walsh’s first term, and, according to legend, was critical in bringing GE to Fort Point.

As for the main site being pitched, the Suffolk Downs racetrack straddling East Boston and Revere, the bid makes all the points you’d expect it to: MBTA access, proximity to the airport, and a big plot of easily developable land. “Shovel-ready,” is the phrase it uses to describe the space, noting that it’s primed for mixed-use development, and has only one owner. 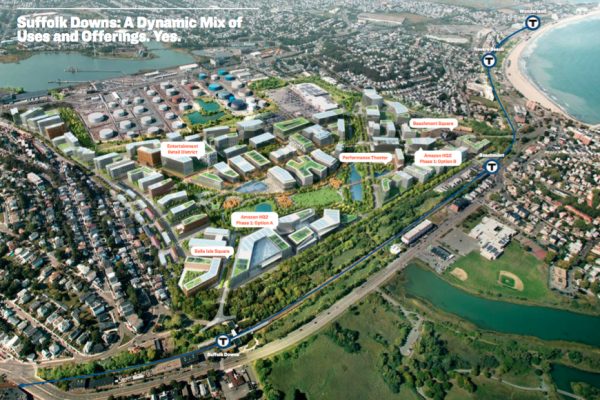 There are also some predictions about the future here that have turned a few heads, including the assertion that an Amazon headquarters in the city might help spur a long-discussed link between the Red and Blue lines on the MBTA. “Connecting the Blue and Red Lines is a clear goal of the State, and we believe an Amazon campus at Suffolk Downs will help complete that connection.” That project, which would be a major undertaking, has been shelved for years after a protracted push for it from transit and environmental advocates. 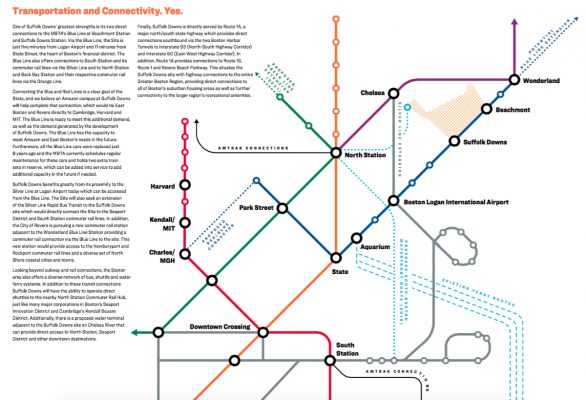 The bid also discusses an extension of the Silver Line to the campus, increased ferry service, a new Revere commuter rail station, and improvements to the clogged Route 1A. And it boldly predicts major improvements in fiber connectivity, asserting that “By 2022, all of our residents and businesses will be served by 1 gig of connection speed.”

You can read the whole bid here, which includes four more generalized pitches for three “site clusters” downtown and the Seaport; in the South End, Back Bay, Roxbury, and Widett circle; and in Allston/Brighton. 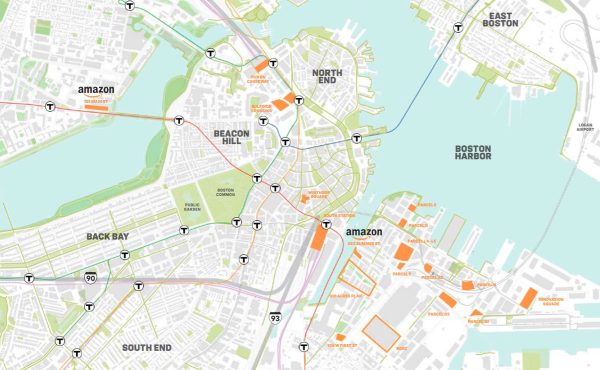