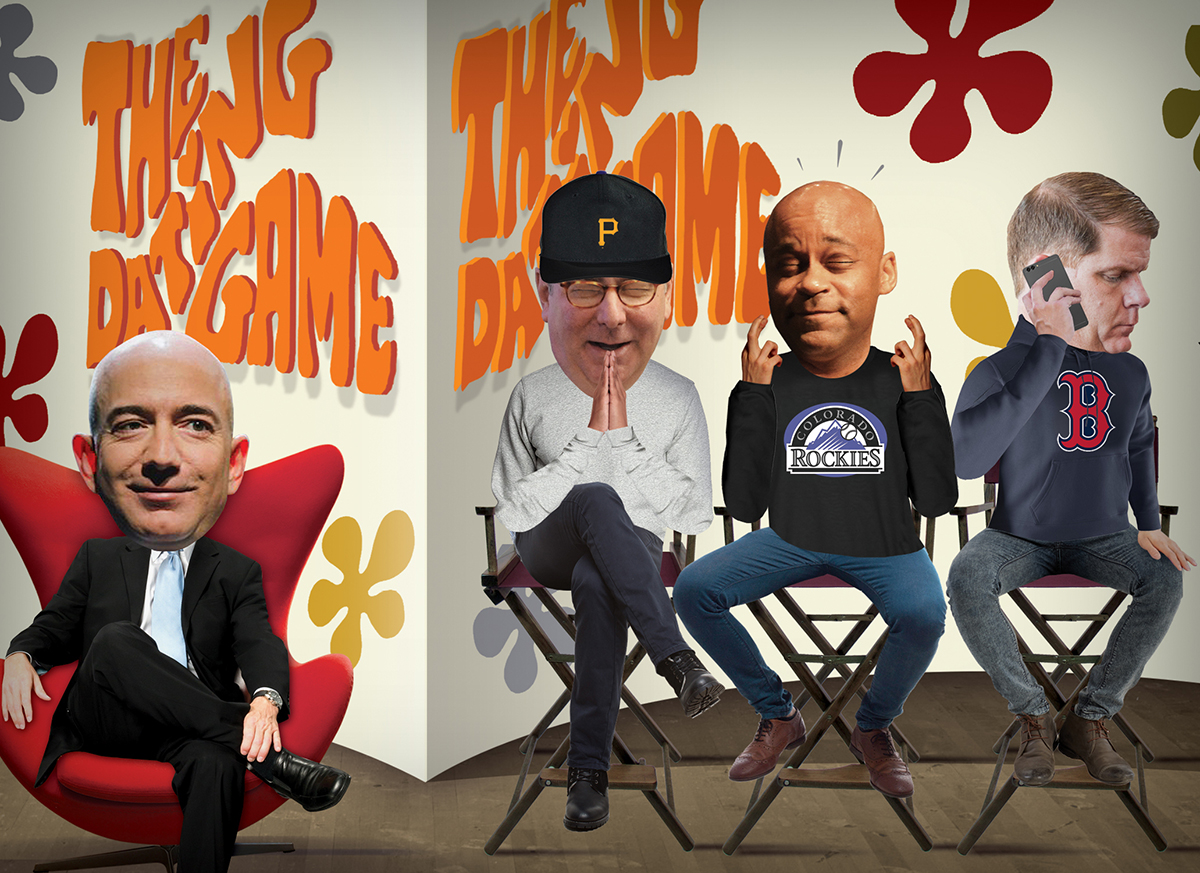 We’re flattered. We really are. Ever since Amazon announced that it’s looking to build a $5 billion second headquarters, Boston has been pegged as a frontrunner for the new facility. Bloomberg was among the first to report that top Amazon executives had a soft spot for the Hub, while the New York Times published an overly elaborate analysis that pinned us as one of four cities likely to land the digital-age cash cow, which promises to bring 50,000 jobs to the lucky winner.

From the get-go, Amazon has masterfully spun the whole thing as a Dating Game–style competition—or perhaps The Hunger Games is a better analogy—in which every American city ­desperate for economic development has a crack at HQ2, so long as it can cough up enough tax incentives and has the real estate for Bezos’s dream campus. Atlanta, Pittsburgh, DC, Denver, and Philadelphia appear on many experts’ lists, and an Amazon HQ2 would undoubtedly do wonders for their economies and overall self-esteem.

But here in Boston? Well, the whole competition seems a bit gauche. We’ve been luring the world’s brightest talent to our shores since the 17th century, and to be frank, no other city today produces as many brilliant young minds in key areas such as cloud computing and AI. As John Fish, chairman and CEO of Suffolk Construction, recently told me, Boston is busy building “the greatest and most talented workforce in history.” Ask around town, and the consensus seems to be that Amazon needs us as much as we need it. Sure, we’d love to have you, Jeff, but get in line.

Need proof? Just look at the past year. Facebook recently announced it will be opening a new Kendall Square office and is launching a 500-job hiring spree; General Electric, one of the world’s largest companies, has already moved to town; and just about every worthwhile pharmaceutical company is clamoring for a cut of our brainpower. And let’s not forget the endless stream of startups and whiz kids that pour out of MIT and Harvard each spring. You can hardly fault us for being picky. After all, says Jesse Keenan, who heads up the Real Estate and the Built Environment program at Harvard’s Graduate School of Design, Amazon’s “existing business model is not sustainable and is predicated on weak antitrust enforcement and cheap fossil fuels for its logistics. Is a central campus even necessary to achieve its management goals and to foster product and service innovation? Maybe. Are bots and robots going to displace most of its casual workforce? Yes.”

Here’s the good news, Amazon: Just about everyone I spoke with agreed that you—one of the most innovative and influential companies of our time—could elevate Boston. Even Keenan was quick to tout our city’s often-overlooked manufacturing capacity and diverse labor pool. “Why have stale, mass-produced, bleached bread in Denver,” he asks, “when you can have fresh, local scones, steamed buns, bolillos, or soda bread in Boston?”

Of course, it’s always possible we may not be the best match. Some have said that Boston’s soaring real estate prices will keep Amazon away. Others have suggested that the city isn’t a good fit for HQ2 because our highly educated workforce and our low unemployment rate could cause staffing problems. But turning your back on Boston for those reasons is like deciding not to buy a Maserati because it goes too fast and looks a little too cool.

Rest assured that whatever you decide to do, dear Amazon, we’re not sweating it. So after you’re finished reading through stacks of résumés from the likes of Pittsburgh and Cleveland, reach out and give us a call. Or don’t. As Alfred Byun, a strategist at design and architecture firm Gensler, puts it, “Come hitch a ride if you wish, Mr. Bezos. You won’t regret it. We, Boston, will lead forward in either case.”