Elizabeth Warren Has a “Me Too” Story, Too

She shared an experience with sexual harassment on Meet the Press. 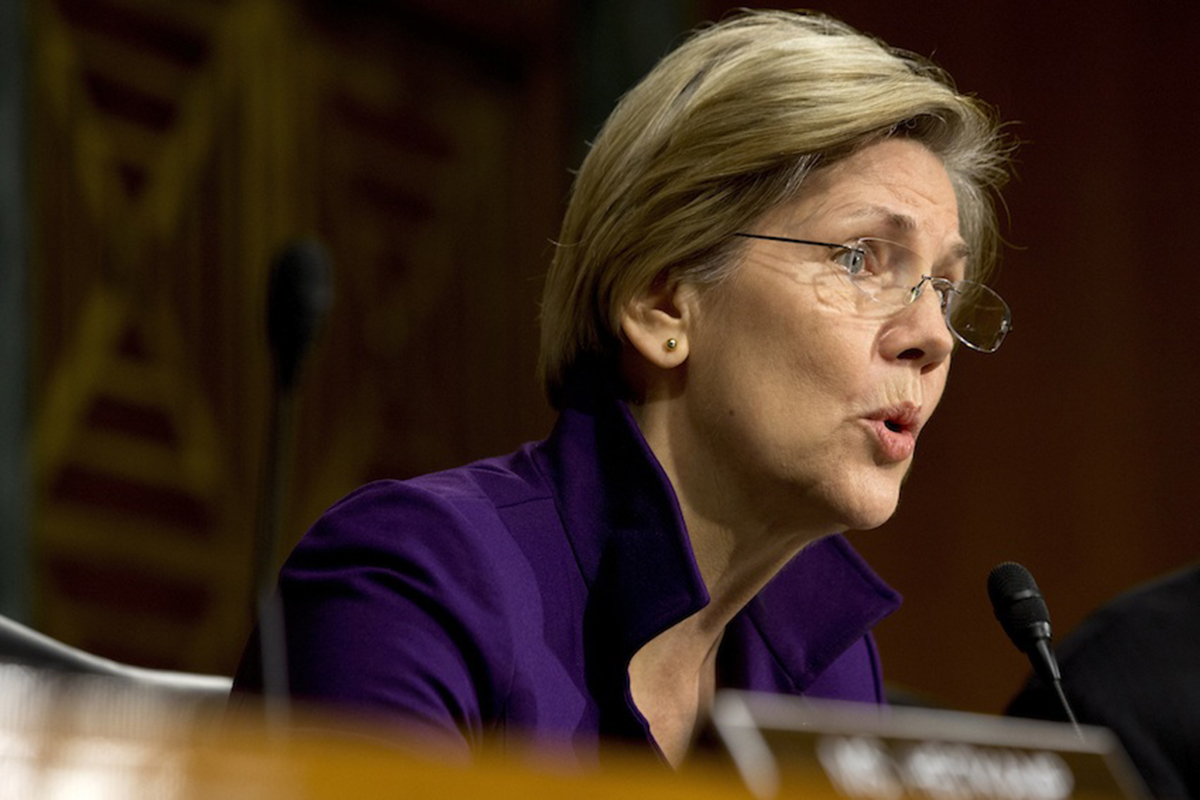 As women around the country are coming forward with previously unreported stories of sexual harassment, Massachusetts Sen. Elizabeth Warren on Sunday revealed she has a “me too” story, too.

Joining three other female senators on Meet the Press this weekend, Warren described a disturbing run-in with a superior while she was a young professor. She says the man “lunged at” her, and chased her around a desk until she could get herself out of his office.

Yes I have a “me too” story too. I was a baby law professor and so excited to have my first real teaching job and there was a senior faculty member who would tell dirty jokes and make comments about my appearance. And one day he asked me if I would stop by his office, which I didn’t think much about, and I did, and he slammed the door and lunged for me. It was like a bad cartoon. He’s chasing me around the desk trying to get his hands on me and I kept saying, ‘You don’t want to do this. You don’t want to do this. I have little children at home. Please don’t do this.’ And trying to talk calmly, and at the same time what was flickering through my brain is, if he gets hold of me, I’m gonna punch him right in the face.

After several rounds I jumped for the door and got out and I went back to my office and I just sat and shook. And thought, ‘What had I done to bring this on?’ And I told my best friend about it and never said a word to anyone else. And for a long time I wore a lot of brown.

What it means now that so many people have spoken out is, it’s a way to say, ‘We’re here for each other and it’s also away to say, ‘No its not about what you did. He’s the one who stepped out of line and this is on him.’

She did not identify the professor or the college where the incident occurred, apart from describing it as her “first real teaching job.” Warren’s first jobs in academia include teaching at Rutgers University’s Newark School of Law as a visiting lecturer and later serving as associate dean of academic affairs at University of Houston Law School—among many positions in the field before she joined the Harvard Law School in the 1990s.

Joining her in telling stories of sexual harassment on the Sunday TV show were Sens. Mazie Hirono, of Hawaii; Heidi Heitkamp, of North Dakota; and Claire McCaskill, of Missouri. All are Democrats.

Their disclosures come amid an avalanche of similar stories shared largely by women online, often paired with the hashtag #MeToo. It’s a movement that can be traced back to a Brooklyn activist named Tarana Burke and has been revitalized after the downfall of producer Harvey Weinstein, who has been accused by many women in the film industry of being a notorious sexual predator. Weinstein was also a major Democratic Party donor. Warren is among politicians who have pledged to give his donations (in her case, $5,000) to charity.

“The Harvey Weinstein story has brought to light the ugliness, the humiliation, and perhaps most of all, the prevalence, of sexual harassment and assault,” Meet the Press host Chuck Todd said on air “Many men were not aware or chose not to be aware of how common this kind of heavier apparently is.”