The critical assessment of the mayor's first term comes a few weeks before Boston voters go to the polls to choose between him and Tito Jackson. 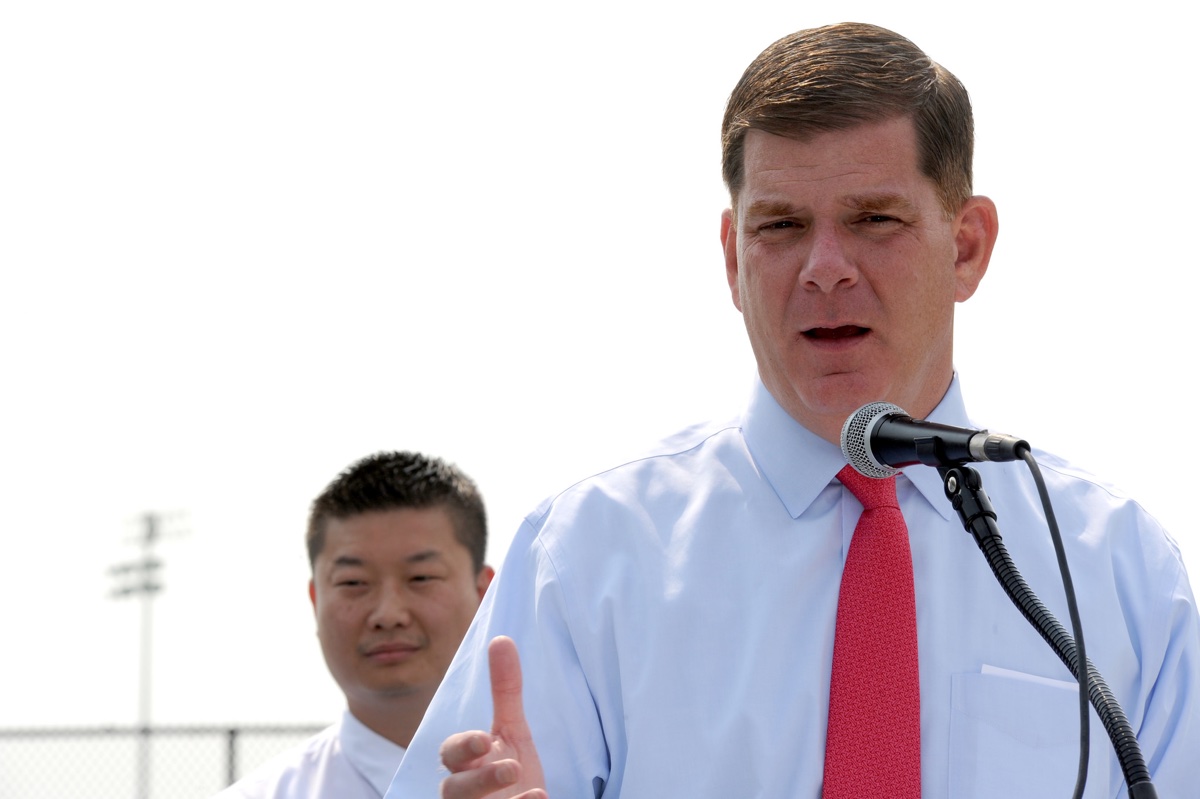 The Boston NAACP released a “report card” for Mayor Marty Walsh this weekend, and, according to the organization, Walsh is no star student.

The report, the first of its kind from the National Association for the Advancement of Colored People for a Boston mayor, rates Walsh on a scale from “A” to “F,” with separate grades for his “efforts” and his “results” in four main categories impacting people of color in the city: economic development (grade: D), education (grade: C), public safety (grade: D), and diversity among city workers (grade: C). In more detailed subcategories, Walsh was also given grades. You won’t find any As. There are five Fs.

“While some of the outcomes are disappointing, we hold firm to the belief that we all want what is best for people in this city,” Boston NAACP President Tanisha Sullivan says in a statement. “To that end, we believe it is important to look at both the efforts and results of the city’s work.

“To help move us forward,” she continues, “the report should serve to highlight many of the issues of importance within communities of color, as well as a guidepost for our collective work in identifying and implementing results driven solutions. ”

The grades, the NAACP says, were based on “a comprehensive public records request of the Walsh administration,” in addition to info from news reports and public records. “Full information was provided for many of the requests, but many others were answered incompletely or not at all,” the organization says in its report.

Walsh in a statement says he “respectfully disagrees with the grades given,” and, according to the Boston Globe, administration officials questioned the accuracy and consistency of the data used to arrive at them.

“While there is always room for improvement,” he says, “we are very proud of what we have been able to accomplish over the past four years, from creating opportunities for minority and women owned businesses, to building affordable housing for all income levels to adding over 700 pre-kindergarten seats to expand early learning opportunities.”

The report card idea came together in 2015, as the NAACP sought to use the “rare occasion” of a new mayor in a long stream of incumbents in the city to “begin new efforts to hold that leadership accountable to their constituents for commitments made during the election cycle.”

This all comes about two weeks before Walsh is set to square off in the mayoral election Nov. 7 with City Councilor Tito Jackson, who, if elected, would become Boston’s first black mayor. Walsh enjoys a comfortable lead in polling over Jackson, with a new poll out this week showing him leading by 35 points.

Walsh told WBUR that he plans to digest the NAACP’s analysis and the fixes it proposes. “I think we take this report and don’t look at it as a criticism but look at it as a way to build upon,” he says.

Read the full report here, or find a detailed summary of it in the Bay State Banner.