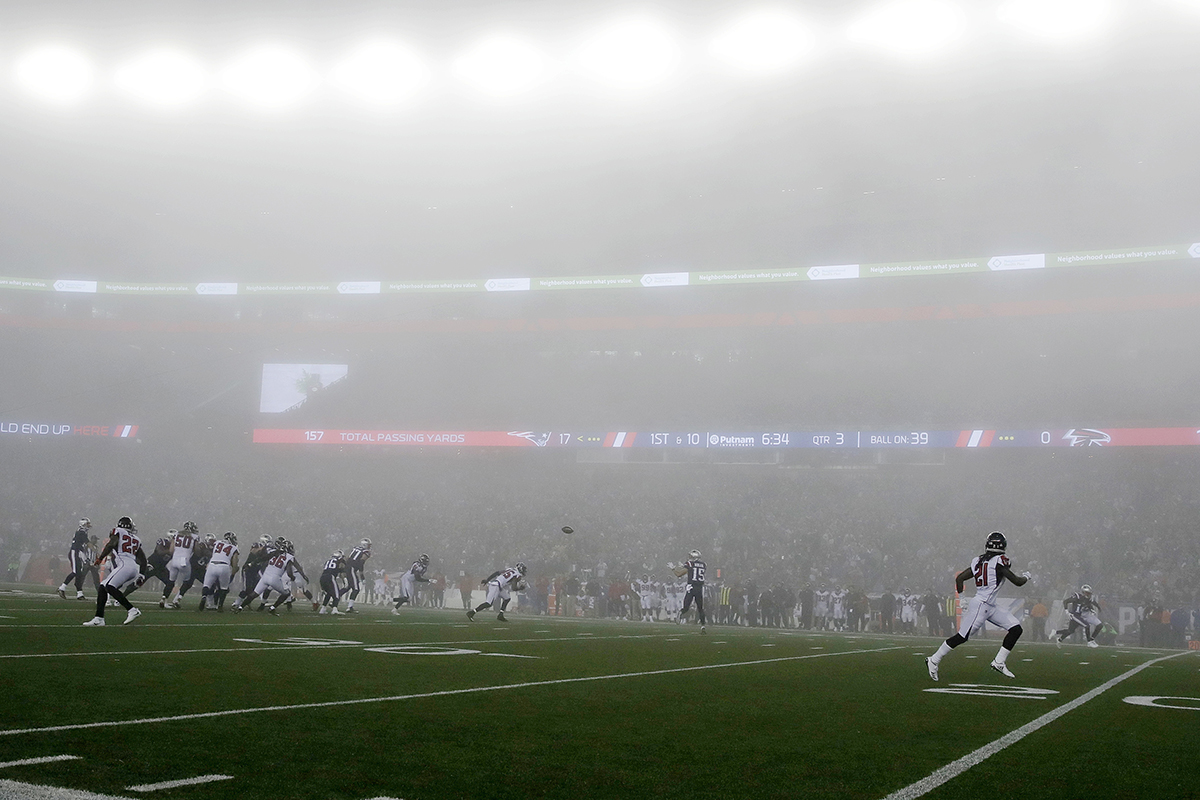 Last season’s Super Bowl appeared to leave the Atlanta Falcons in a bit of a fog Sunday night—both literally and figuratively.

The ghosts of games past seemed to descend on the field at Gillette Stadium, becoming unmistakable by the second half as players were enshrouded in a dense and eerie haze. According to the Boston Herald, the fog was so extreme that NBC eventually had to abandon its primary play-by-play cameras. The network opted instead for overhead Skycams so no one at home mist—sorry, missed—any parts of the game.

As the Pats marched toward a decisive 23-7 victory at home, arm-chair quarterbacks and analysts alike piped up with their best (or worst, depending on your disposition) weather-related jokes:

Did the Pats beat the Falcons in the Super Bowl one time? We’re not sure.

Wow this fog is crazy pic.twitter.com/fWbLGz5KNB

Take the alphabet and configure the letters to numbers

The episode is also definitely part of a larger conspiracy plot:

Patriots jumped to a 10-point lead then fired up the fog machine to squelch a comeback. Classic Belichick pic.twitter.com/HNgTM4mzgS

The @Patriots are pumping fake fog onto the field. They can’t keep getting away with this! #Foggate pic.twitter.com/0iQNGPidjA

See you on next week’s episode of Tom Brady: How Will He Cheat Next.