Optimizing traffic signals may speed up the routes Boston's oldest transit line takes through the city. 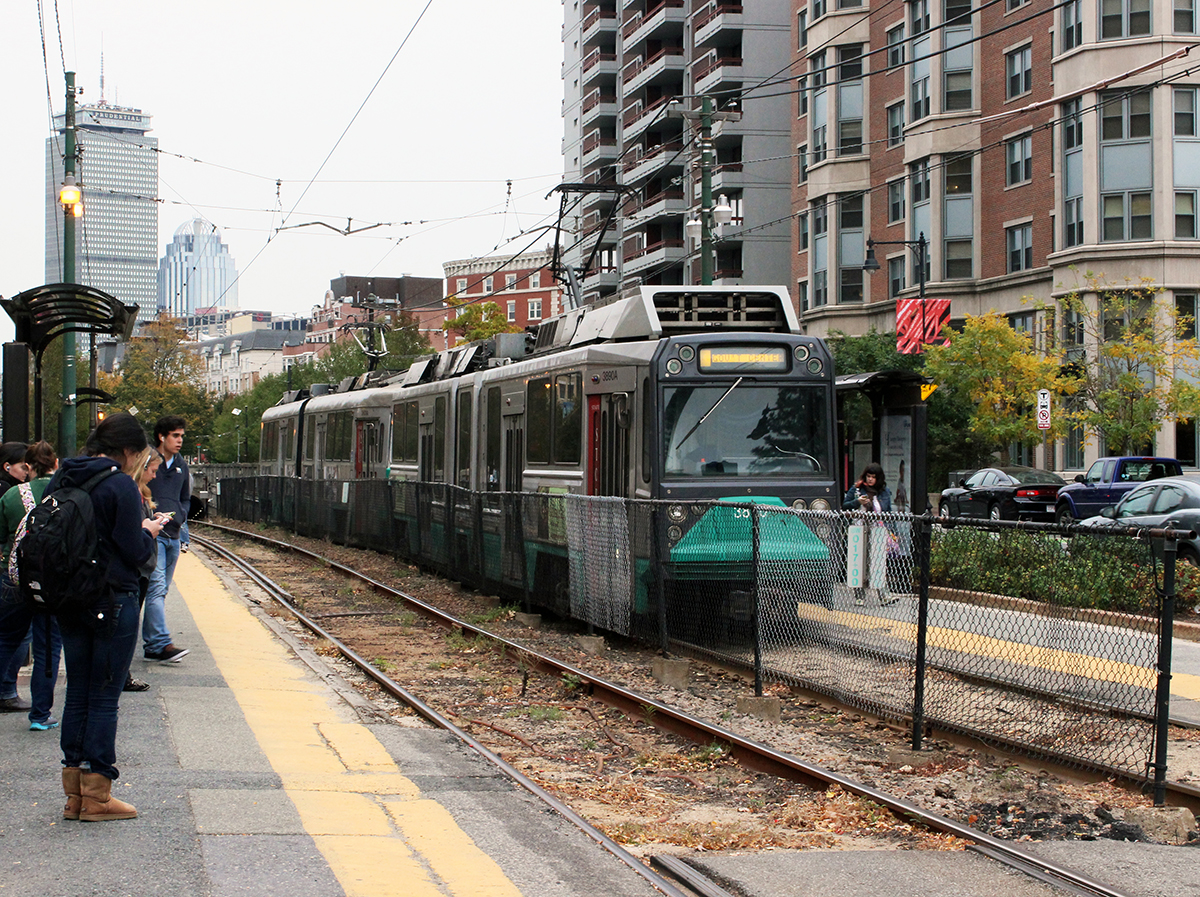 On certain sections of the Green Line, you could be forgiven for humming along to that Lorde song, “Green Light”: “I’m waiting for it: that green light. I want it.”

A downside of being able to see the whole wide world from your public transit perch is, of course, that the trolley cars are subject to the same tedious traffic patterns that bedevil the drivers in the next lane over. But now, the T is taking aim to change that.

Through “transit signal prioritization,” the MBTA will lean on technology to trigger green lights as T vehicles approach various intersections. A green signal isn’t guaranteed following a request, but the goal is that the residual effect of a few more lights made will be a more expedient route overall, the Boston Globe reports.

The $1.1 million project will optimize 89 traffic signals along the B, C, and E lines as well as on Mass. Ave. in Cambridge, a huge thoroughfare for buses. Jessica Casey, the deputy chief operating officer at the T, told the Globe that, after nine days of observing a limited rollout of the light-pattern alterations, select intersections featured green lights for 14 extra sections and red lights for eight fewer seconds. The good news for drivers: Surrounding traffic didn’t get any worse.

Transit signal prioritization isn’t a new innovation among public systems in the United States, and it has proven successful. Trip times in St. Paul, Minnesota, were reduced by 10 to 15 percent after 19 intersections in the city were outfitted with the technology in 2014. And in Los Angeles, where the priority system debuted back in 2000 and has served as a national model since, optimizing green lights cut bus travel times by roughly 25 percent. Yes, you read that right: Car-loving Los Angeles has a national model for public transit.

Here’s to hoping for similarly positive results in Boston. Despite the smoother traffic through intersections, however, Green Line cars will still reach a maximum speed of a sleepy snail that is annoyed you told it to hurry up already.