TBT: The Curse of the Bambino Is Broken

After 86 years without victory, the Red Sox (finally) won the World Series in 2004. 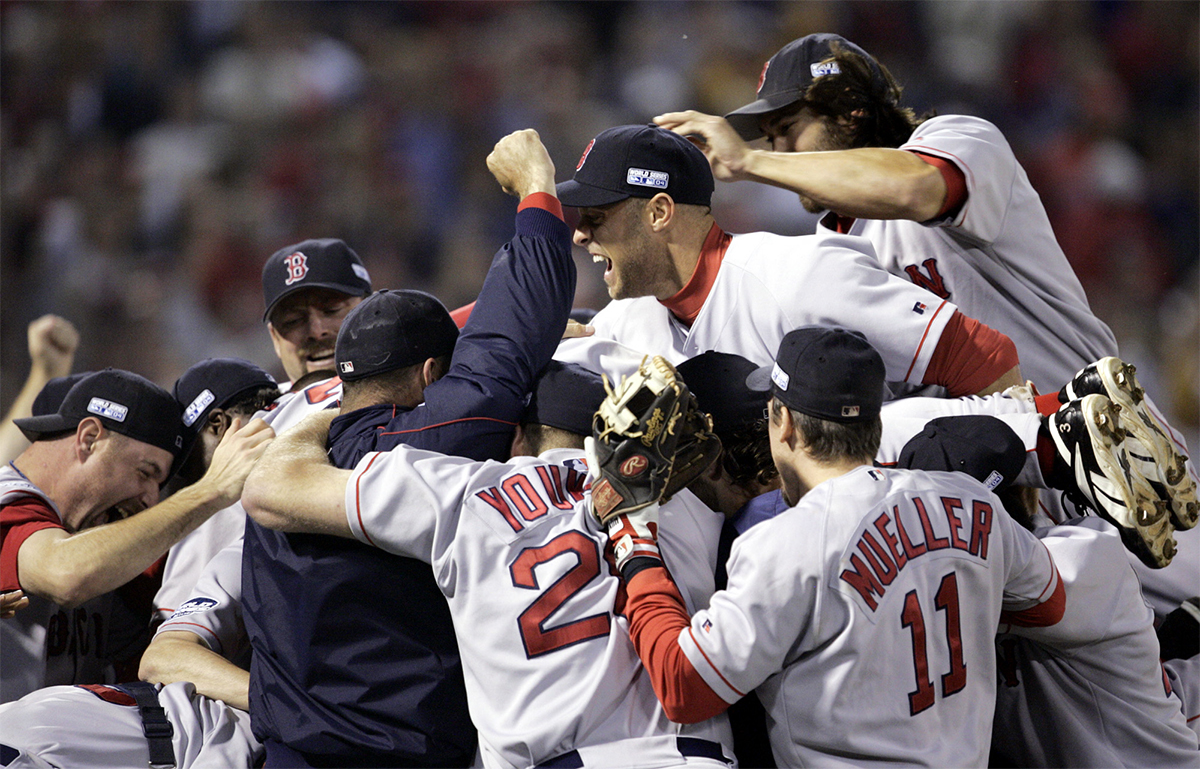 The Red Sox won the World Series for the first time in 86 years on October 27, 2004. Photo via AP/Al Behrman

October 27, 2004, was a victorious day for Bostonians. After 86 long, torturous years, the beloved Red Sox won the World Series and put the infamous Curse of the Bambino to rest.

The legend of the curse began after the Sox traded away icon George Herman Ruth, Jr., nicknamed Babe for the youthful age at which he started playing professional baseball. After arriving at Fenway in 1914, Ruth became the most successful left-handed pitcher in the league, winning 65 games in just three years. Ruth eventually began batting in addition to pitching, and in 1919, he hit 29 home runs in a single season—a Major League record at the time.

And then the trade. At the end of the 1919 season, then-Red Sox owner Harry Frazee traded Babe Ruth to the New York Yankees for $100,000 in cash. Rumors of Frazee’s motivations circled: Some said he needed the money to fund a Broadway play he was producing, others claimed he owed cash to the previous Sox owner. Still more said he had decided to trade away Ruth during a rough patch in early 1919, and the deal was already finalized by the time the player’s batting improved.

Regardless of the reasoning, Frazee’s sale resulted in a massive change in Major League dynamics. Before 1920, the Red Sox held more World Series titles than any other team while the Yankees held none. Since Babe Ruth began donning pinstripes, the New York Yankees have made it to the World Series 40 times and taken home 27 titles. While the legendary Ruth only snagged four championship rings before he retired in 1935, his mere presence on the team left a lasting impact. Meanwhile, the Red Sox record made a sharp turn downward: After losing Ruth, the team spent nine of the next 13 seasons in the divisional cellar. 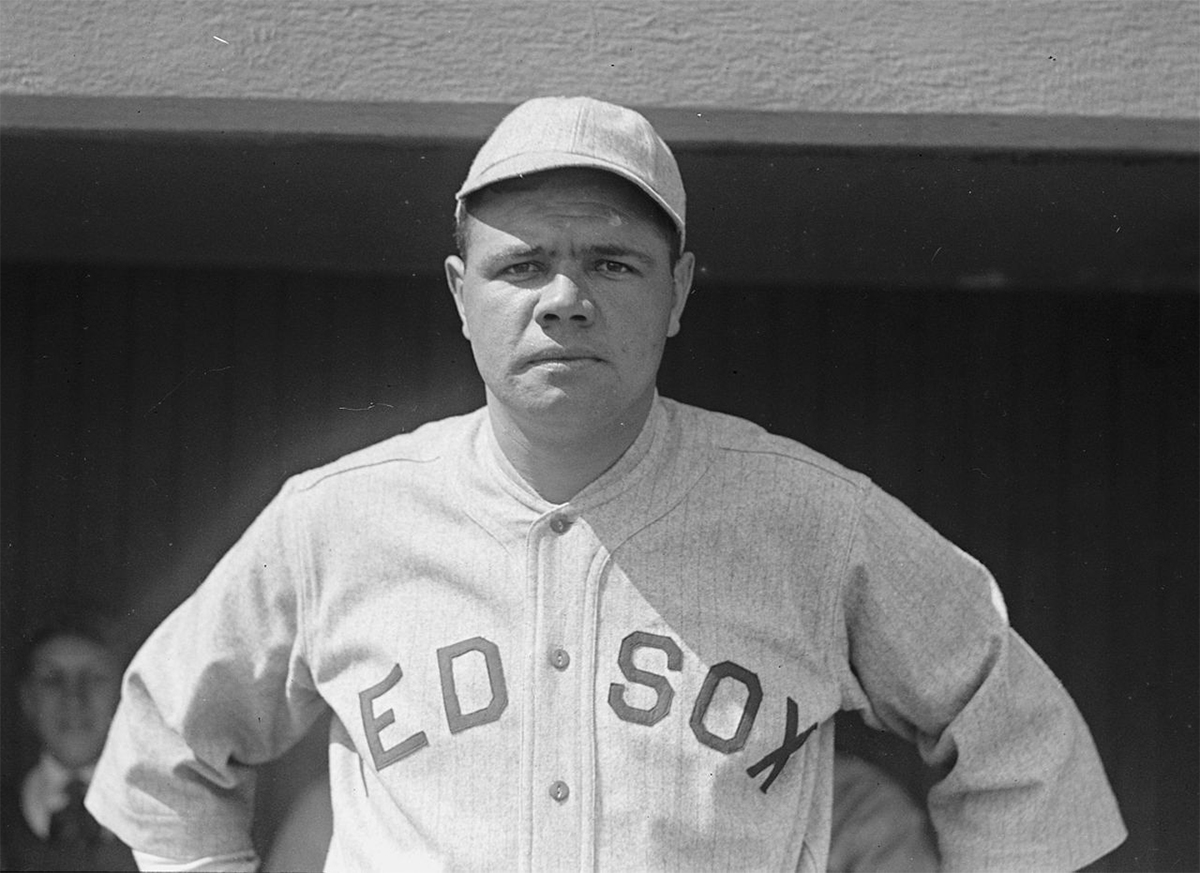 Poor management, errors, and bad luck left the Red Sox scrambling for 86 years. The team came close to World Series wins in 1946, 1975, and 1986, but slow passes, a ball hit between legs, and stronger opponents always left the Sox in second place.

By the 1980s, sports writers began searching for a descriptor for the Red Sox bad luck. After the Sox Game 7 loss to the Mets in 1986, George Vecsey of the New York Times wrote a column titled “Babe Ruth Curse Strikes Again.” Ideas of “ghosts and demons and curses” from the decades without victory began circling the minds of players and fans alike. Four years later, Dan Shaughnessy of the Boston Globe published his book The Curse of the Bambino, and the infamous catchphrase was born.

The curse became a rallying point, a unifier of Bostonians against New Yorkers. A musical tribute was written about the start of the curse, premiering in 2001 at Boston’s Lyric Stage (the musical was later rewritten as The Curse is Reversed!: A Musical Tribute to the Red Sox after the 2004 victory). Despite its marketability, fans wanted the curse broken. Witches were allegedly hired to remove the curse on Fenway Park. Fans searched for a submerged piano at Ruth’s old farm house, thinking its revival would break the curse; someone else placed a Red Sox cap at the top of Mt. Everest and burned a Yankees cap at the bottom. The illogical efforts continued until, finally, in 2004, the Red Sox won the World Series.

That year, the team blazed past the Angels in the first round of the playoffs and then mounted one of the greatest comebacks in professional sports history to make it to the finale of the Fall Classic. No team in Major League history had overcome a three-game deficit, and when the Sox dropped the first trio of contests to the Yankees in the AL Championship Series, the squad seemed destined to fall short of the elusive league crown yet again. But then, 86 years of wishing and hoping paid off. The Sox came roaring back to squelch their rivals and then steamrolled the St. Louis Cardinals in four-straight games to capture the World Series. Oddly enough, the final out was made on Cardinals shortstop Edgar Rentaría, who wore jersey No. 3—the same number of Babe Ruth. Red Sox team leaders Manny Ramirez, Johnny Damon, David Ortiz, Pedro Martinez, Derek Lowe, and Tim Wakefield celebrated alongside their teammates. Finally, the curse was over.

“I’m sure there are a lot of people in New England who are dancing in the streets,” then-manager Terry Francona told the New York Daily News. “For that, I’m thrilled. I can’t wait to go back and join them.”

Was it just the skills of the team that brought on the win, or did the curse finally falter? Superstitious fans would say the curse broke in September of that year, prepping the team for a World Series win just a month later. At Fenway Park in early September, Manny Ramirez hit a fly ball into the stands. In Section 9, a 16-year-old boy stood ready, hoping to catch a souvenir ball. This was Lee Gavin, a teenager who happened to grow up in a certain farmhouse in Sudbury, Massachusetts—the same farmhouse Babe Ruth used to own.

Gavin missed the catch, and the fly ball smashed into his face, knocking out two teeth. The bloodied boy left in an ambulance, ball in hand. Some say he took the curse with him.

Regardless of how the curse was broken (if it existed in the first place), one thing is certain—the Red Sox won the World Series for the first time in 86 years. They’d go on to win again in 2007, and once more in 2013. That October day in 2004, Johnny Pesky, an 85-year-old Sox player, shared the words every fan was thinking after the decades of loses: “To hell with the Curse. Boston, this is for you.”