Join your neighbors, wreck some gourds, and learn about composting. 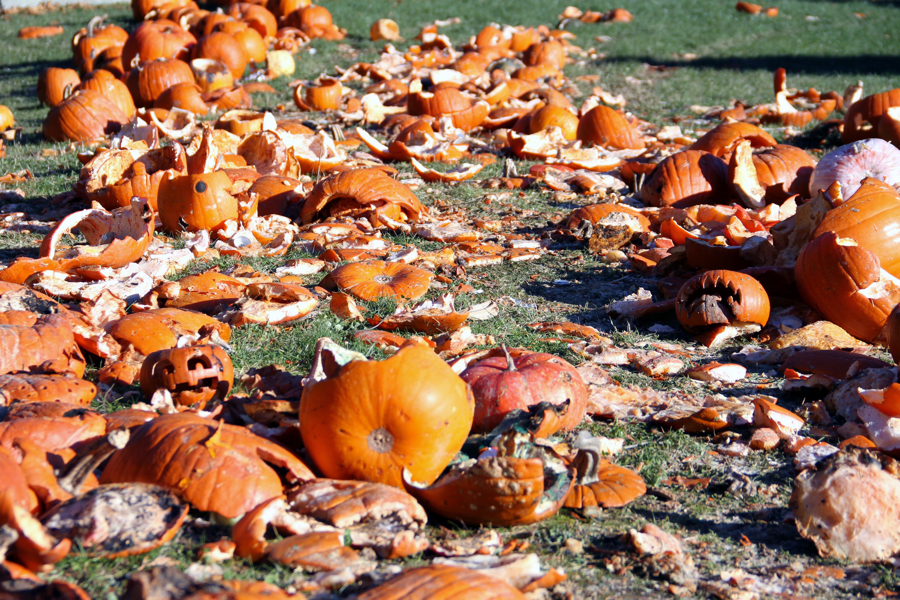 So maybe you have a rotten, brownish-green pumpkin perched on your porch, or you’re already making room for Thanksgiving accents at your front door, or you’ve got some pent up anti-Halloween rage going on. Either way, perhaps the best way to shed your festive vegetables this year is at Boston’s first-ever “Pumpkin Smash” in Mattapan.

On Saturday, November 4, from 11 a.m. to 2 p.m., you’re invited to bring pumpkins that have worn out their welcome, and dispose of them however you see fit, at the one-year-old Mattapan Ecovation Center. “Dilapidated sadface pumpkins welcomed and highly encouraged,” reads a description of the “Great Pumpkin Smash of 2017” on the city’s website.

Within reason, there are no rules about how you go about doing this, says Lauren Zingarelli, spokeswoman for the city’s Office of Environment, Energy, and Open Space. “It’s literally just people smashing the pumpkins,” she says. After they’ve been stomped, dropped, tossed, and pounded, the mangled gourds will then be discarded in an adjacent compost pile. There will also be cider donuts.

The goal behind the destructive get-together, says Zingarelli, is to keep unwanted pumpkins out of the trash by routing as many of them as possible into compost. “We’re trying to get people familiar with the concept of Zero Waste,” she says, referring to the goal of recycling and composting as much as possible. “It’s a good way to get people outside and thinking about how they can take care of some of the things that they use for the holidays that maybe is only there for one day.”

A reminder for those who can’t make it to the Smash: unwanted pumpkins with decorations removed (paint is fine) can be disposed in yard waste bags, or barrels marked “yard waste,” throughout the month of November.