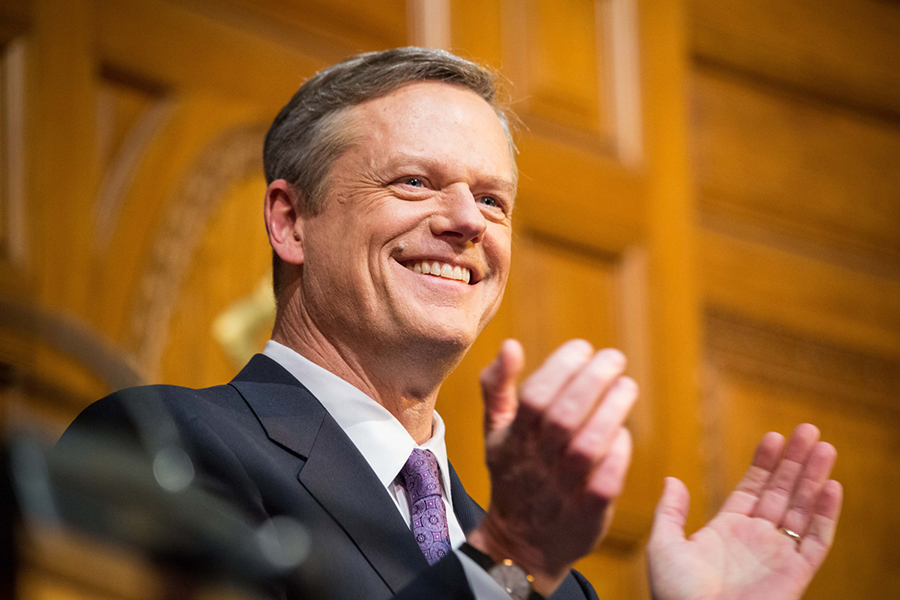 Though the Patriots may be Massachusetts’ most talked-about dynasty (currently!), there’s another consistent winner in the state who has a tight grip on his no. 1 title: Gov. Charlie Baker.

Baker has once again climbed to the top of Morning Consult’s quarterly survey of governor popularity. More than 255,000 registered voters across the country weighed in from July to September, and Baker’s 69 percent approval rating earned him the top spot. The gold medal is nothing new for the governor, who found his way into the winner’s circle in every quarter except for one since the beginning of 2016. This time around, the governor edged out two fellow Republicans: Maryland’s Larry Hogan came in second, and Arkansas’ Asa Hutchinson rounded out the top three.

But despite besting the national competition, Baker’s popularity is, in fact, on the decline. The 69 percent score is lower than what Morning Consult found in July, when 71 percent of respondents gave Baker the thumbs-up, and in April, when he notched a 75 percent approval rating.

New England Republicans seem to have hit their stride this time around, as Vermont Gov. Phil Scott and New Hampshire Gov. Chris Sununu’s popularity earned them the seventh and eighth spots on the list. The rest of the region’s leaders did not fair nearly as well. Maine Gov. Paul LePage barely avoided the bottom 10 with his 42 percent approval rating; just 41 percent of respondents think positively of Rhode Island Gov. Gina Raimondo; and Connecticut Gov. Dan Malloy nearly scraped the bottom of the barrel. With a 23 percent approval rating, the Democrat is more popular than only New Jersey’s Chris Christie.

Baker’s strong approval rating supports polling data which shows him with a comfortable lead ahead of next year’s gubernatorial election. Though there’s still time for a shakeup, it doesn’t look like the curtain will be closing on Baker any time soon.