Trick-or-Treating in Boston: A Guide 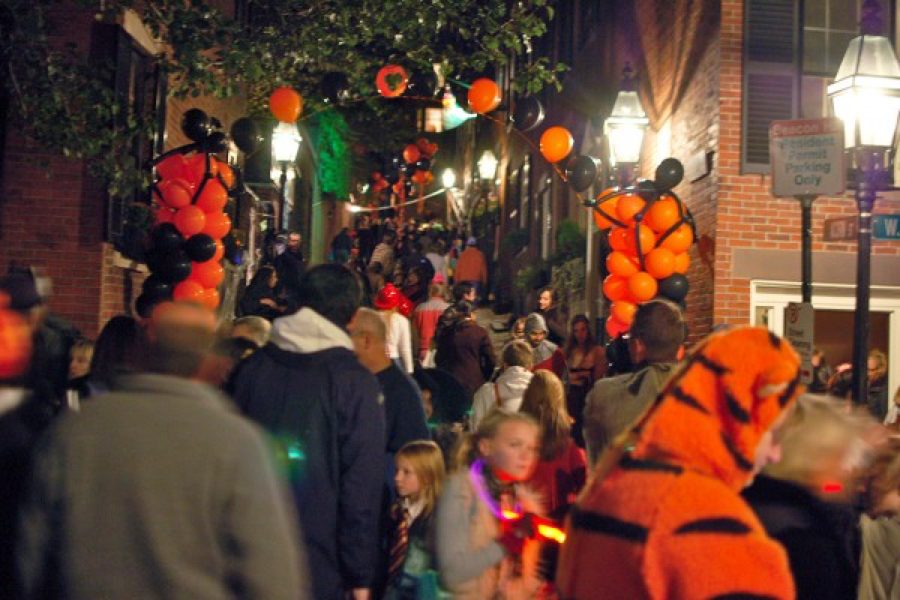 Trick-or-treating returns to Boston tonight, with Halloween festivities expected to bring thousands of costumed kids to the streets.

For those scoping out the best spots to roam for candy, it’s pretty well known that the best-of-the-best can be found in Beacon Hill, which has long been a destination on this spooky holiday. But there are many other stretches worth hitting for impressive decorations and sugary treats. Consult our insider’s guide for tips.

The city is once again warning drivers to drive slowly, be aware of all the children flooding the streets in hot-spots, and expect some delays.

Boston Police has also released its annual list of tips for celebrating safely:

Contributing to the crowds, for sure, will be some pretty decent weather this evening, with peak hour forecasts calling for temps in the lower 50s and upper 40s.

[Halloween Forecast] Dry with diminishing winds this evening as temperatures fall through the 40s. 🎃 pic.twitter.com/VvlJjATzJb

For grown-ups, there are plenty of Halloween festivities to enjoy tonight, including a Nightmare Before Christmas Boston Pops concert and a pirate-themed Halloween cruise.

All the revelry is expected to cause some significant traffic troubles in several Boston neighborhoods tonight, particularly thanks to a slate of road closures in Back Bay, Beacon Hill, Charlestown, Jamaica Plain, Roslindale, South Boston, and the South End. The city on Monday released this year’s list of closures, which begin as early as 3 p.m., and no parking orders, which begin as early as noon:

Looking for some more Halloween hot spots? City Hall released a list of its own recommendations for popular trick-or-treating locations: