Newton Man among Those Injured in New York City Attack

Chestnut Hill resident Martin Marro was on a bike path in Lower Manhattan when a truck plowed into it in what authorities are calling an act of terror. 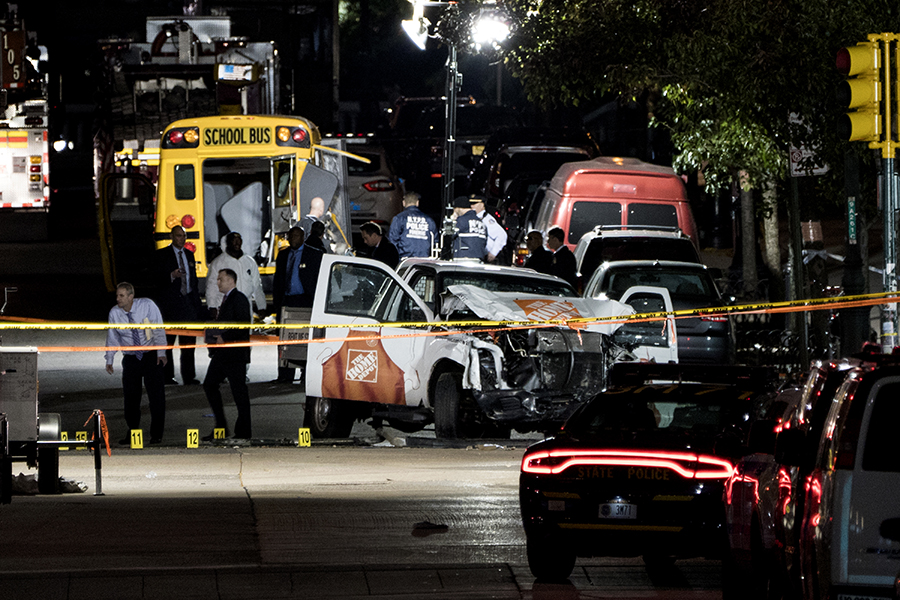 A Newton man sustained serious, non-life threating injuries during the Tuesday truck attack in New York City that officials are calling an act of terror.

According to the Boston Globe, Martin Marro, who lives in Chestnut Hill, was on a Lower Manhattan bike path when a pickup truck rammed into it, leaving eight people dead and 11 wounded. Argentine authorities told the New York Times that Marro, who is from Argentina, was in New York City for a 30-year high school reunion. The Globe reports five of his Argentine friends were killed in what authorities said is the deadliest terrorist attack in New York since 9/11.

Newton City Councilor James Cote, who knows Marro personally, told the Globe that he is a scientist at The Novartis Institutes for BioMedical Research and has lived in Newton for roughly eight years. Just last week, Marro and his wife, Mariana Dagatti, hosted a fundraiser for Cote’s reelection campaign, which was attended by Gov. Charlie Baker. Cote described Marro and his wife as “kind, caring, and wonderful people,” to Wicked Local.

On Tuesday afternoon, a motorist, identified as Sayfullo Saipov, drove into a crowded path along the Hudson River before he crashed into a school bus and was shot by police, according to the New York Times. The 29-year-old Saipov, who hails from Uzbekistan, allegedly yelled “Allahu Akbar,” Arabic for “God is great,” before being shot.

New York City Mayor Bill de Blasio referred to the attack as “a particularly cowardly act of terror aimed at innocent civilians.” In a statement released Tuesday night, Gov. Baker offered his condolences to those affected by the attack and confirmed there was no credible threat in Massachusetts.