This Year Was Boston’s Second-Warmest October Ever

The 2017 monthly average temperature in the Hub was 61.4 degrees. 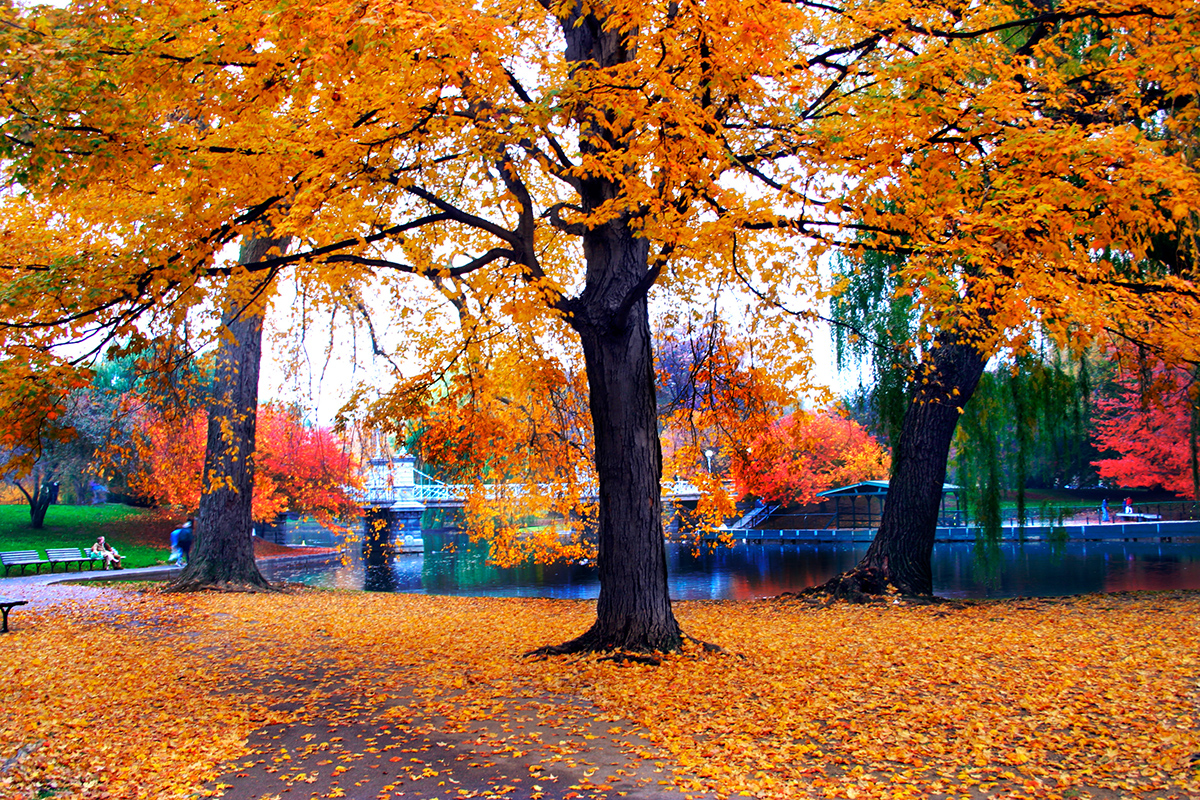 Around here, we know a little something about a last-minute comeback (not sorry, Atlanta!), and in October’s final hours, the city’s weather pulled off an upset of its own.

Boston was on track for its warmest October ever this year, with the average temperature sitting at 61.7 degrees going into Halloween. But as the trick-or-treaters traveled and the spooky sun set last night, the temperature dropped a bit. Not a lot. Just enough that maybe you finally put on that sweater. It wasn’t unusually cold, but it was chilly enough to miss out on the dubious victory of being the hottest October here. The monthly average dipped to 61.4 degrees—one-tenth cooler than the all-time record.

Meteorologists at the National Weather Service in Taunton confirmed Wednesday morning that this October was Boston’s second-warmest ever, missing the 1947 record-high of 61.5 degrees by the slimmest of margins. The high mercury mark is 7.4 degrees hotter than the all-time October average, which is 54.0 degrees.

The warmest day of the month came on October 5, when temperatures climbed to 80 degrees. And there were 12 days where temperatures were double digits higher than the average, according to the Boston Globe. On the other hand, temperatures dipped to their lowest on October 17, when it was only 40 degrees in Boston.

Bill Simpson, a meteorologist with the National Weather Service, told the Globe on Tuesday that the relative warmth is likely to hang around for November. The prediction is in line with a forecast released earlier this month by the National Oceanic and Atmospheric Association that indicated winter in New England may be warmer than normal.

But if you’re mourning the lack of crisp fall mornings, there’s still hope yet. Last November’s average temperature was 46.2 degrees, which is definitely an invitation to break out some Tom Brady-sponsored Ugg boots and a nice knit scarf.