A 400-Pound, Headless Tuna Was Found in the Woods in Gloucester

The Massachusetts Environmental Police and the NOAA Fisheries' Office of Law Enforcement are investigating, 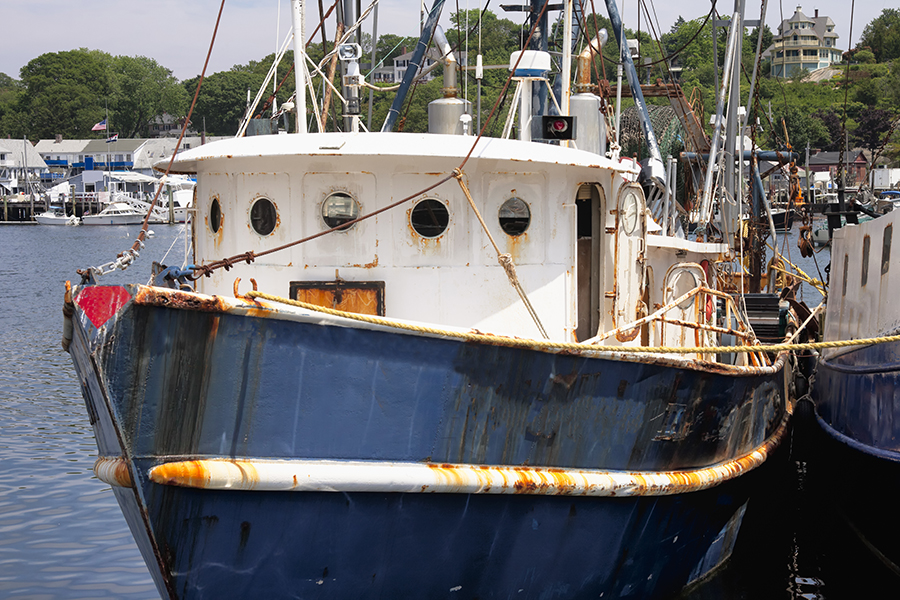 A fishing boat tied up at a dock in Gloucester. Photo via iStock/genekrebs

The tunaverse works in dark, mysterious ways: One day you’re swimming upstream with the local school and the next you’re being recovered in the middle of the woods and your head’s gone.

A dark and ominous tail—sorry, tale—is unfolding in Gloucester, where a 400-pound, headless giant tuna was found on land near Revere Street in Annisquam. The Gloucester Times reports that the Massachusetts Environmental Police and NOAA Fisheries’ Office of Law Enforcement are fishing for answers to find the person who ditched the creature, though officials declined to discuss the ongoing investigation. And while we’ve refrained from posting images of this poor dead sea creature, if you’re still in the Halloween mood, you can click on through to that Gloucester Times link if you want to see a rather grisly giant fish picture.

Patrick Moran, a major in the Environmental Police, told the Gloucester Times that the case is the first of its kind, so rest easy in knowing that there’s no giant tuna crime wave sweeping the state.

The 400-pound tuna was so big it had to be carried from the scene with a tow-truck. However, despite its seemingly massive size, 400 pounds is not particularly uncommon for a fish. In fact, the largest Atlantic tuna ever recorded notched 1,496 pounds and was caught off Nova Scotia.

The tuna season is traditionally from June to November, and some species of tuna are classified as “critically endangered” by the World Wildlife Fund. Meanwhile, we’ll wrestle with such questions as How? Why? No, really, how??