The Red Sox adviser will be joined by former players including David Ortiz, Jason Varitek, and Vladimir Guerrero to raise money for hurricane victims in Puerto Rico. 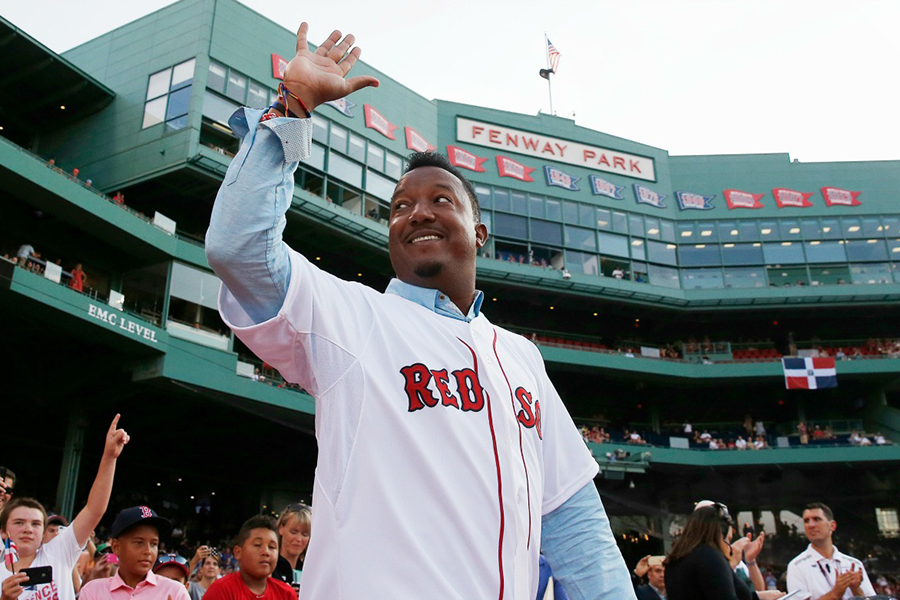 Sure, this year’s World Series featured epic, hours-long back-and-forth battles; wild amounts of heat, coming in both the weather and pitching varieties; and a fairytale wedding proposal thrown in for good measure. But you know what it didn’t have? A near century-long curse.

The Astros—and future Red Sox manager Alex Cora—certainly pulled off the W in a series poised to be an instant classic, but for Boston fans still reveling in end of the post-Bambino years, no championship could possibly live up to the team’s 2004 run to the crown. And tomorrow, members of Red Sox nation who are still teary-eyed with nostalgia for this historic event and counting down the days until spring training will have the chance to take a trip down memory lane.

Pedro Martinez, who is currently a special assistant to the Red Sox, is hosting his second-annual charity gala on Friday, and he’s bringing along a few old pals for good measure. David Ortiz and Jason Varitek (whom you may have casually heard of) are among the bevy of players slated to attend Martinez’s fundraiser, which will benefit Puerto Ricans devastated by hurricanes Irma and Maria. Martinez, who is a native of the Dominican Republic, says the scale of devastation wreaked by the hurricanes motivated him to direct his fundraising efforts to the island.

“We’re really close to Puerto Rico, and we also got hit in the Dominican. We know what it’s like,” he says. “Sometimes, the human life is the most important thing, and a lot of people really, really need our help if they want to continue to survive.”

Martinez says he hasn’t decided exactly where the money will go yet, but he’s considering efforts to bring clean water, medical aid, and energy to Puerto Rico. Ultimately, he said the “margin of damage” on the island is so overwhelming, that it’s hard to settle on just one thing.

The gala, which will take place at the Colonnade Hotel in Back Bay, will also include current Red Sox players like Eduardo Núñez and Christian Vazquez, along with legends like Vladimir Guerrero, Nelson Cruz, and José Reyes. The event is hardly Martinez’s first foray into philanthropy or partnership with his fellow players. The Pedro Martinez Charity has helped expanded educational opportunities to more than 10,000 children and families over the last 10 years. And Martinez says he has previously paired with players like Carlos Beltran and Carlos Delgado on charity work.

Since retiring from professional baseball in 2009, Martinez has notched a number of impressive accomplishments, including first-ballot enshrinement in Cooperstown by an overwhelming margin. But despite his three Cy Young Awards, more than 3,100 strikeouts, and pitching triple crown, there’s one victory he holds a bit higher than the rest.

“I have no bigger achievement than bringing the World Series to Boston after 86 years,” Martinez says. “Handing out the trophy to the city of Boston was, to me, what cemented my career. I could have easily retired after that and been happy.”

In his role with the Red Sox, Martinez has continued to be on the frontlines of the game. He said he loves returning to Boston (where “it’s [always] a party with Pedro”) and hopes the love he felt from the city when he was on the field will continue to translate into support for his charitable endeavors.

“I’m expecting my people in Boston to continue to give me support,” Martinez says. “I will never let them down, and I’m hoping to continue to be that role model that they want to see every single day.”