It referenced a police-involved shooting from last year. 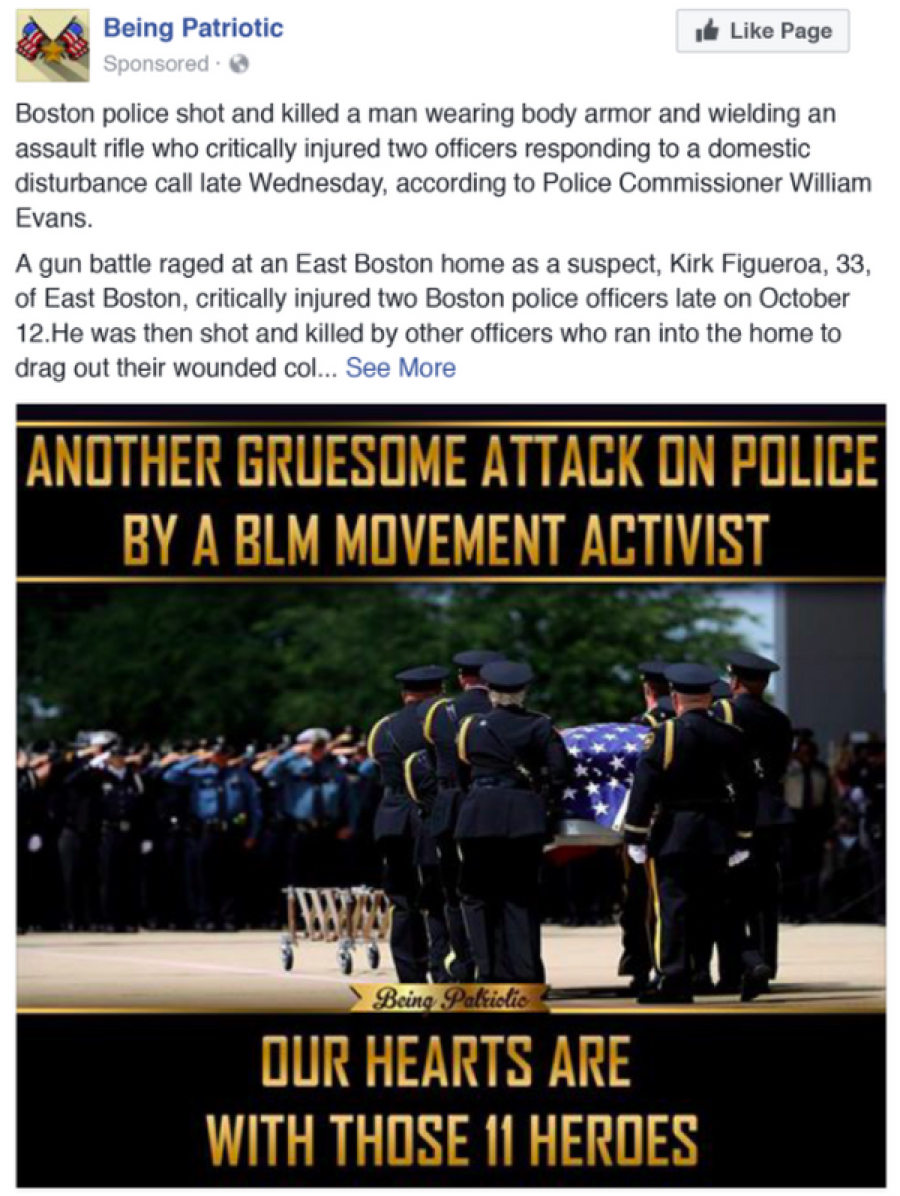 As part of what’s been described as a campaign in Russia to influence the U.S. election with bogus stories and inflammatory messages on Facebook, it appears that Russian backers exploited a real-life shooting in East Boston.

One such Facebook post, promoted in October during the 2016 election by a page calling itself “Being Patriotic,” referenced the horrific 2016 shooting in East Boston that seriously injured two police officers, Richard Cintolo and Matthew Morris. The suspect, 33-year-old Kirk Figueroa, died in the shootout after firing at police.

“Another gruesome attack on police by a BLM movement activist,” reads a photo shared as part of the post. There has never been any indication that Figueroa was associated with Black Lives Matter, the group that protests racial inequality and police brutality, or that he was acting on BLM’s behalf. Police at the time described the incident as being sparked by a “domestic incident.”

The post was among thousands purportedly paid for by Russians, according to documents released this week by the House Permanent Select Committee, which provided examples of ads aimed at sowing discord and tipping the election in favor of Trump in a number of ways, linking Hillary Clinton to Satan (seen arm-wrestling with Jesus), endorsing the secession of Texas, and depicting Bernie Sanders as a gay rights superhero named “Buff Bernie.”

The ad referencing the East Boston shooting describes Clinton as “the main hardliner against cops,” excoriates “liberal elites,” describes “defending the police against liberal and racist accusations” as “a solemn duty,” and argues that, “Among all the candidates Donald Trump is the one and only who can defend the police from terrorists.”

In the grand scheme of things, the post was just a blip in a broad effort to inject rage-inducing content into American politics—an arena that already has an abundance of rage and content. But it is supremely unsettling to see our divisions and anxieties regurgitated like this, with a local tragedy mixed in.