How Far Would You Go to Save Your Little Girl?

After their youngest daughter was diagnosed with a rare and fatal genetic disorder, the Duff family set out to create a cure. 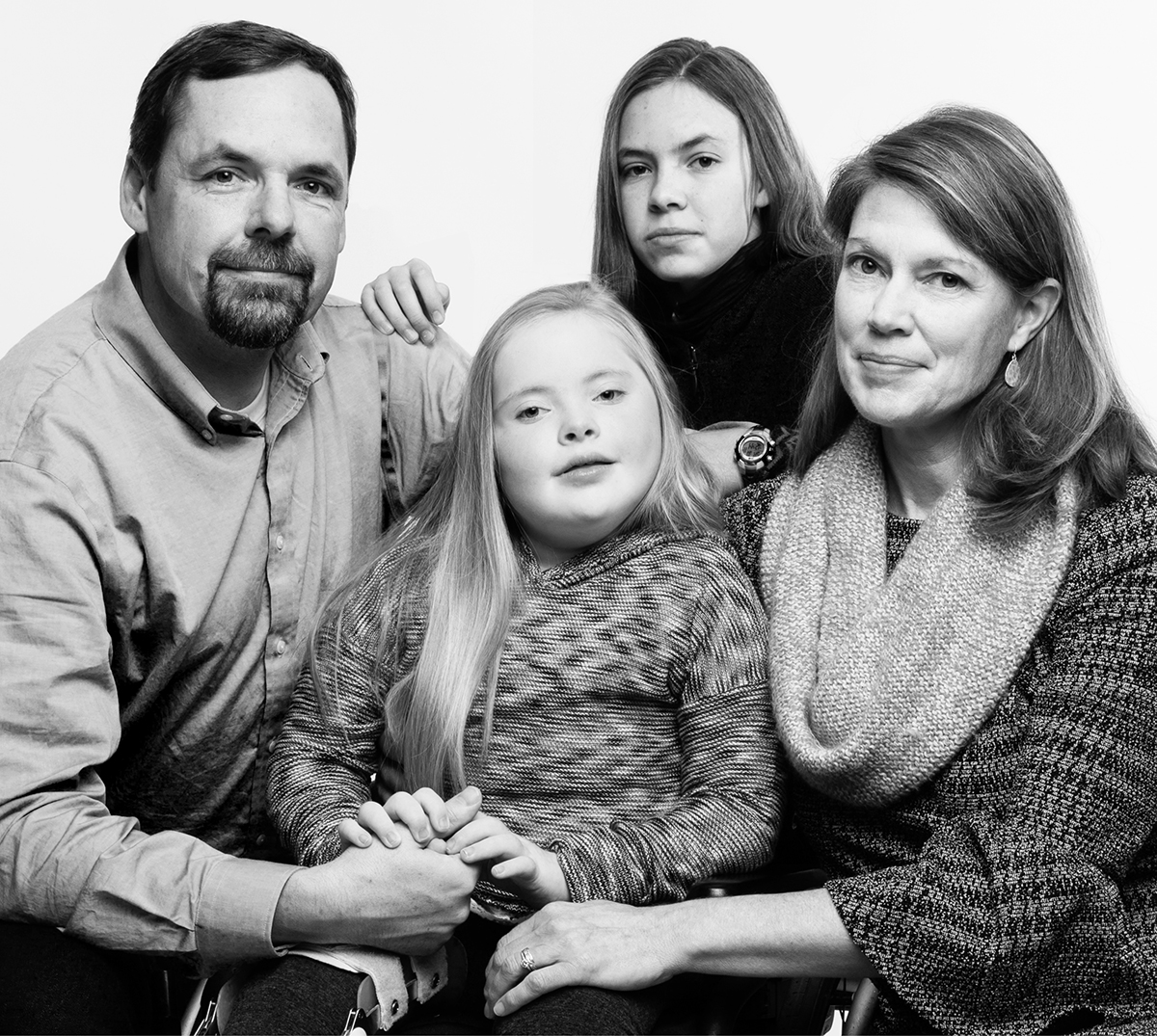 The contractions began on a sunny afternoon in November, two weeks before Jocelyn Duff’s due date. She was tidying up her home in Ipswich when she felt the spasms, but figured it was just a false alarm. Soon enough, though, they were coming three minutes apart. Calmly, she dialed her husband, John, whose office was nearby, and then called her sister-in-law to babysit. By the time they arrived, the only thing left to do was grab the couple’s overnight bag and scramble to the hospital. On the way out the door, Jocelyn hugged her two-and-a-half-year-old daughter, Teaghan, and said she’d soon return with a new baby sister.

During the drive, Jocelyn watched the previous eight months flash through her mind like a movie. Between working full time and raising a toddler, it was a miracle she and John had been able to prepare for the new arrival. Yet somehow the onesies got folded, the diapers were stockpiled, and the Duffs had even agreed on a name: Talia. Over the course of her pregnancy, Jocelyn had often closed her eyes and daydreamed of her two daughters skipping hand in hand, repeating each other’s names in singsong—Teaghan and Talia, Talia and Teaghan, Teaghan and Talia.

Inside Beverley Hospital, Jocelyn submerged herself in one of the coveted birthing pools. After 90 minutes of labor, doctors hoisted a wailing newborn onto her chest. During that first intimate, skin-to-skin embrace, though, Jocelyn sensed something was wrong. Talia didn’t seem to have any muscle tone. Her limbs looked floppy. She felt mushy. Jocelyn unfolded Talia’s tiny hand and looked down to find a lone horizontal crease cutting across her palm—a sign she instantly recognized. “I think she has Down syndrome,” she whispered to John, who quietly nodded.

That first night as a family, the Duffs were overwhelmed and “probably grief-stricken,” Jocelyn says. But the initial shock waned, and Talia began flooding her parents’ lives with joy, her bright smile and sparkling blue-green eyes lighting up their home. There was, of course, a steep learning curve to raising a child with Down syndrome—schedules packed with doctor appointments, hours of at-home therapy, and endless logistical headaches—but Jocelyn and John, who met as undergrads at Ithaca College, were organized, patient, and, above all, devoted to their newborn. Good health insurance and two middle-class incomes certainly didn’t hurt: John was climbing the ranks toward a deanship at North Shore Community College, while Jocelyn worked as a physician assistant at a small private practice.

As a toddler, Talia’s personality flourished and her cognitive development outpaced that of most children with Down syndrome. Her body, however, struggled to keep up and she lagged on every major physical milestone, from crawling to standing to walking. “Everyone just chalked it up to Down syndrome and said she just needs to do more physical therapy,” Jocelyn says. “We were constantly doing PT.” Yet it wasn’t helping.

Then, at age three and a half, Talia fell ill with a flulike virus that she couldn’t seem to shake. Suddenly, she could no longer stand up from a seated position. She stopped reaching for toys and began using her chin as a tripod to steady herself when climbing stairs. Her body appeared to be betraying her brain. “There was a gradual kind of regression,” Jocelyn says. As Talia’s body continued to falter, the Duffs grew less convinced that Down syndrome was the only culprit. So they started searching for answers.

Talia’s diagnostic odyssey began at Boston Children’s Hospital. At first, no one could figure out why her body seemed to be malfunctioning. After what seemed like a million tests, doctors ultimately landed on chronic inflammatory demyelinating polyneuropathy, or CIDP, a neurological disorder. The good news was that CIDP could be cured. The bad news was that doing so required powerful steroids and regular infusions of antibodies that take several hours to administer. Fortunately, the treatment began to work: During one visit to her grandmother’s home, Talia even pulled herself up from the floor and stood firmly in place. Thank God, Jocelyn thought to herself, heaving a deep sigh of relief. Everything’s going to be okay.

But it wouldn’t last. Soon, Talia’s progress plateaued, and then completely unraveled. Over time, she developed osteoporosis from the steroids. Her frail knees and hips dislocated. Confounded by her worsening condition, doctors plied Talia with new treatments and spent five years doling out one regimen of steroids and immunosuppressive drugs after another. “It became this mini roller coaster,” Jocelyn says.

Undeterred, the Duffs broadened their search for a cure, taking Talia to Children’s Hospital of Philadelphia in hopes that doctors there might see something the ones in Boston had missed. To their delight, the trip provided a glimmer of encouragement: The neurologist didn’t argue against the original diagnosis of CIDP, but agreed with the Duffs’ suspicion that something else was at play, recommending that Talia undergo extensive genetic screening. After years of hospital visits, treatments, and uncertainty, Jocelyn was desperate to find out what was wrong with Talia—and at the same time, she recalls, “I was pretty scared.” What, she wondered, would the test reveal lurking in her daughter’s DNA?