Secretary of State William Galvin predicts just over 1-in-5 registered voters will pull the lever in the race between Marty Walsh and Tito Jackson. 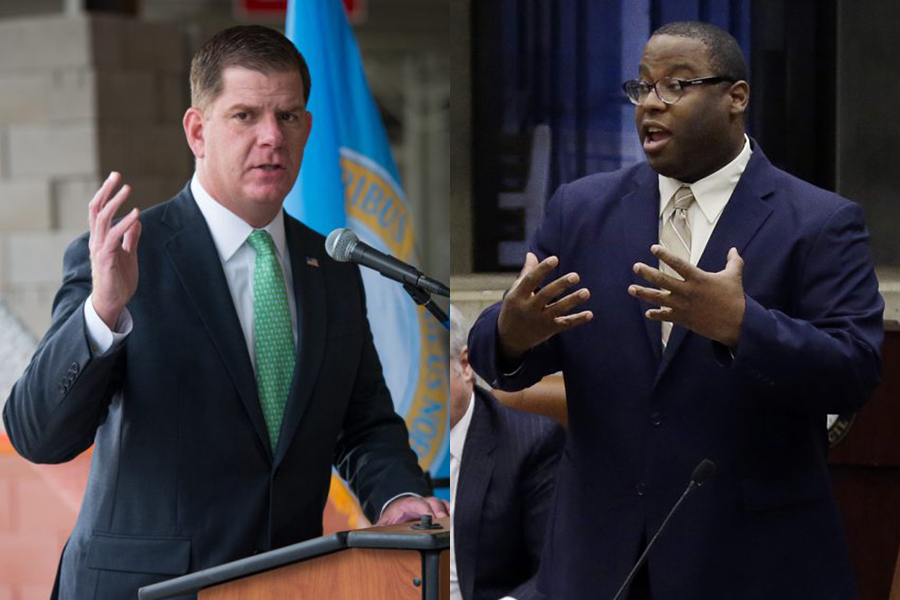 This is your mayoral election, Boston. It’s this year’s Super Bowl of civic engagement. Why leave it in the hands of so few?

According to the Boston Globe, Secretary of State William Galvin anticipates just 23 percent of eligible voters in the city will make their way to the ballot box tomorrow, a small fraction likely attributable to incumbent Marty Walsh’s seemingly surefire victory over challenger Tito Jackson.

But polls, as we know, are not soothsayers, and no election outcome is truly inevitable until all the ballots and hanging chads (#tbt) are counted. Sure, data from late October shows Walsh with a 35 percent lead over Jackson, and nearly 70 percent of respondents approved of the mayor’s performance thus far. And yes, of the 56,000 voters who showed up during September’s primary, 63 percent of them gave Walsh the nod. But nothing is ever a sure thing.

This year’s uncompetitive race and projected paltry turnout is similar to the story that unfolded in 2001, when the Globe reported just 36 percent of eligible voters showed up to reelect Mayor Menino. But polling places haven’t always been desolate during mayoral elections in Boston: In 1983, 69 percent of voters came out for the competitive standoff between Raymond Flynn and Mel King, according to the Globe.

That just 23 percent of those eligible to vote in Boston will do so is, frankly, an embarrassment. More than 100,000 people participated in Boston’s women’s march. Protesters swarmed Copley Square when President Trump announced his Muslim ban. And the city’s March for Science attracted scores of climate advocates. But civic engagement is more than a clever sign and a defiant Instagram caption.

It also bolsters the efforts underway around the country to restrict those rights. Despite what seems like an inevitable mayoral victory, the right to cast a ballot is the single defining feature of American democracy—a feature that is consistently threatened.

Walsh has had four years to enact policies in Boston. We’ve had highs like protection for immigrants and economic success. But lows, too, like the Indycar snafu and failing grades from the NAACP. Are you happy about the direction the city is headed? There are a lot of ways to tell elected officials how you feel about the job they’re doing, but none more powerful than the ballot box.

Low voter turnout in the United States confounds subject-matter-experts, and despite the fact that more people tend to vote in presidential elections than in off-years, just 56 percent of eligible voters showed up in 2016. Those who didn’t cited a dislike for the candidates on the ballot, a general lack of political efficacy, and busy schedules for their absences. As compared to people who live in most other developed democracies, the Pew Research Center found Americans turn out for elections at well below the average rate internationally.

Boston is certainly not unique in how few citizens help to elect the mayor: In 2013, just 24 percent of registered New Yorkers elected Mayor Bill de Blasio. In what turned out to be an incredibly competitive 2015 mayoral election in Chicago, only 33 percent of citizens put Rahm Emanuel back in office. And earlier this year, just one in five LA voters reelected Eric Garcetti.

Obviously, the decisions made by people who actually show up to vote don’t just affect them; who the relative few select to lead Boston will continue to make choices dictating life for everyone. Boston has so much going for it as a city: nation-leading universities, world-class hospitals, and a bustling startup market. But it’s also far from a utopia, with sky-high rent prices, distinct racial segregation, and concerning environmental issues. Who do you want to take a crack at solving those problems? Tomorrow is your chance to back-up armchair punditry and Twitter rants with action.