A Shooting and Car Crash Closed a Stretch of Mass. Ave. by Symphony Hall

Police believe the incident was gang-related. 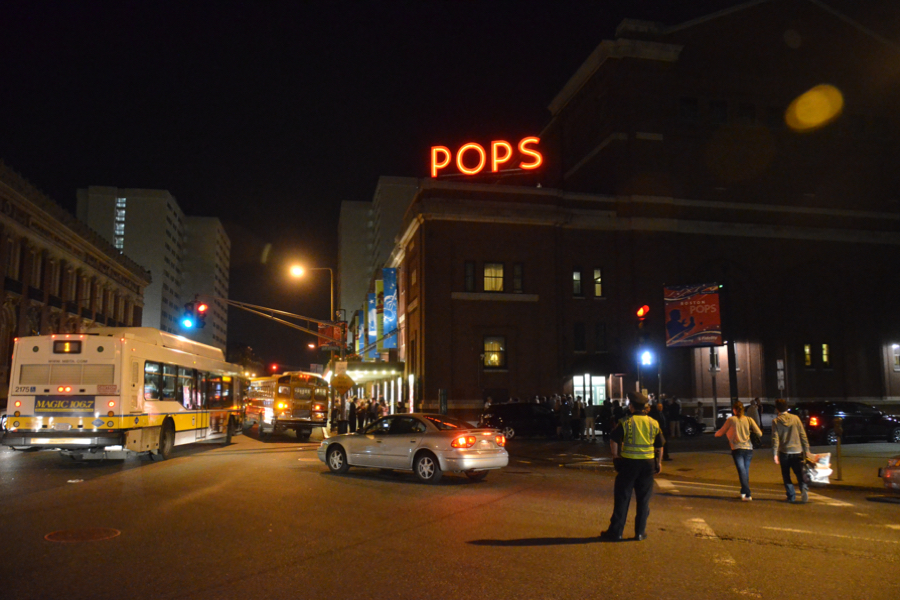 A shooting on Mass. Ave. that began on Boylston Street ended with a car near Boston’s Symphony Hall on Monday night, rattling a busy area near two colleges and leading to the closure of a high-traffic roadway.

A man in his 30s was found inside a white Chevy Malibu, which crashed into a parked car near the Huntington Ave. intersection. He was taken to Boston Medical Center with critical injuries, police said.

“We clearly believe this is a gang-related shooting,” Boston Police Commissioner William Evans told reporters, according to WCVB. “We had one individual shooting at the other and they were going at it, ramming each other as they went down Mass. Ave.”

Authorities are now searching for a dark-colored SUV in an investigation that will involve reviewing footage from nearby security cameras.

Police are asking anyone with information to call in an anonymous tip to 1-800-494-TIPS or text “TIP” to CRIME.

BPD closed a long stretch of the street after the shooting. Photos from the scene show police cars lining the road in the busy intersection, which had been blocked off with caution tape, and police officers scanning the street for bullet casings. Mass. Ave. reopened after 11 p.m., police said

@universalhub Right now at Huntington and Mass Ave. I think the white car in the photo crashed when driver was shot. pic.twitter.com/F9IeUxxDQE

At least one person shot near Symphony Hall in Back Bay. We’re trying to gather info now. #boston25 pic.twitter.com/R2MkwfFgd6