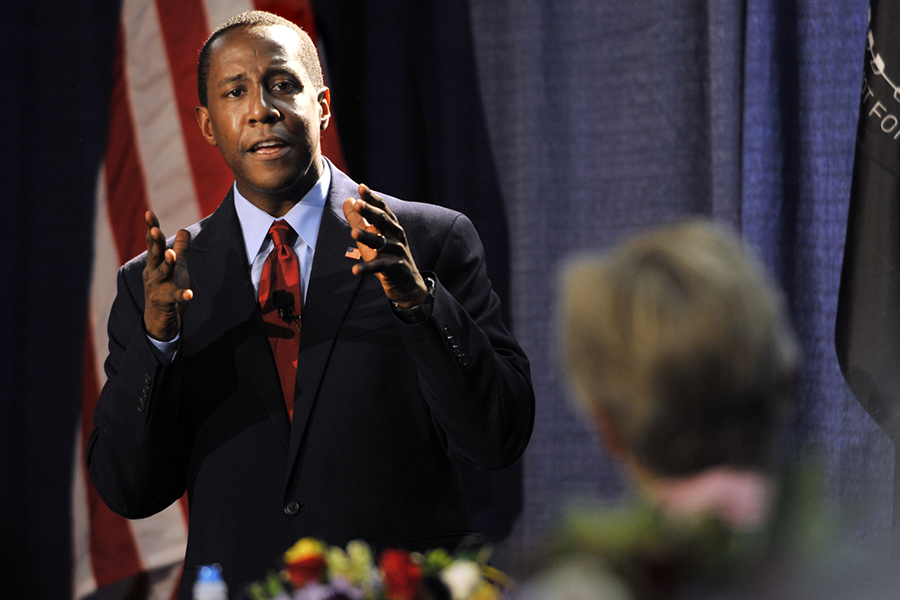 There are more than 355,000 veterans and more than 1 million senior citizens living in Massachusetts, but there are no direct liaisons advocating for their needs in the gubernatorial cabinet. Newton Mayor Setti Warren would like to change that.

Warren, who is challenging the wildly popular Gov. Charlie Baker for control of Massachusetts’ executive branch, pledged to create two new cabinet positions in a press conference on Wednesday: a Secretary of Veterans and Military Families and a Secretary of Elder Affairs.

Currently, Secretaries Francisco Ureña and Alice Bonner, who were appointed to head veteran and elder affairs, respectively, under Gov. Baker, report to Health and Human Services Secretary Marylou Sudders. Warren said in a statement that his proposed officials would “have the governor’s ear directly,” offering veterans and elders “a seat at the table when decisions are made.”

An Iraq War veteran himself, Warren comes from a long line of military members, which is why he hopes to create a position focused on soldiers’ loved ones and not just the veterans themselves.

“Whether we’re talking about a pregnant wife whose spouse is deployed overseas, the family of a Vietnam War veteran, or the families of active duty service members stationed in Massachusetts, their interests should be included in any conversation a governor has with his or her cabinet,” Warren said.

According to data released by the federal Department of Veterans Affairs, Massachusetts’ veteran population shrunk by more than 30 percent between 2000 and 2015, compared to a 17 percent decrease nationwide. The bulk of veterans in the Bay State during fiscal year 2015 were also over the age of 65, which makes sense, considering the state’s elder population grew by more than 14 percent between 2010 and 2016.

Gov. Baker’s 69 percent approval rating makes Warren’s bid for the governor’s mansion quite the uphill battle. But we’ve still got a long way to go until 2018, and Warren will undoubtedly keep looking for ways to differentiate himself from Baker’s policies.