Update: After saying that he wanted to keep both jobs, Heroux will step down as a state representative. 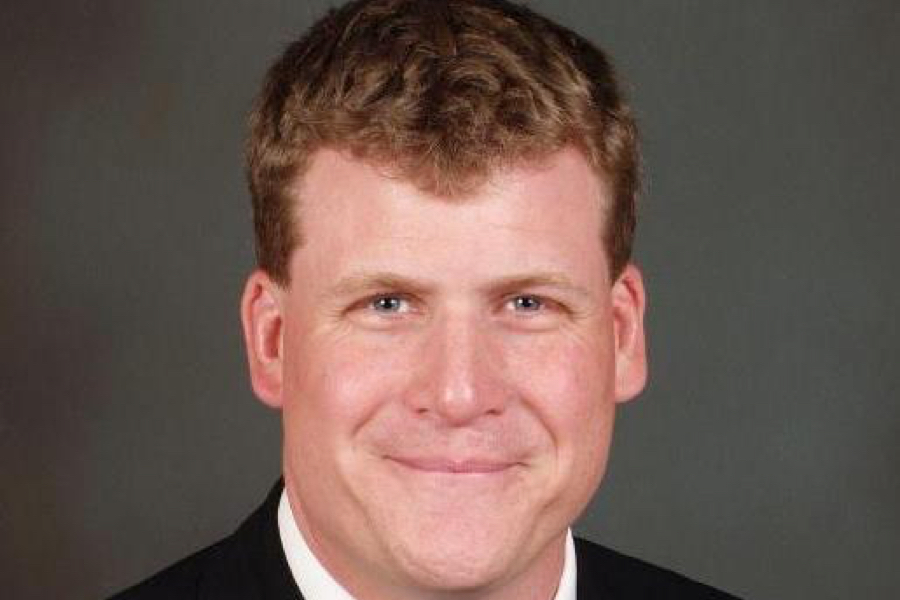 Update: Heroux on Friday told House Speaker Robert DeLeo he plans to resign his post as a state representative, according to the State House News Service. The move will trigger a special election in Attleboro, which Heroux had said he was hoping to avoid. He will also not get to see his legislative projects through to the end, including a proposed ban on smoking in cars with children. The News Service reports that Heroux shared his plans via an email. The decision came amid a lot of pressure from the uncharacteristically critical governor, from critics that include the Boston Globe Editorial Board, and from Republicans, who threatened to pass legislation that would force him out of office.

Earlier: Attleboro Mayor-elect Paul Heroux has come under fire from Gov. Charlie Baker, who says his desire to keep his job as a state representative is “incredibly insulting.”

“I think it’s incredibly insulting, to the voters and to the mayors and to the legislators who take their job as a full-time job seriously, that he would even consider this,” Baker said Sunday on WCVB’s “On the Record.” He continued, “I don’t think people in public life should have two jobs,” adding, “You talk to any mayor in Massachusetts they’ll tell you that’s a full-time, seven-day job.”

Heroux had said after he was elected last week that he intended to serve out the 14 months remaining in his term as a state rep. as a way to see bills he sponsored to a vote, to ensure the seat continues to be held by a Democrat, and also because he wanted to spare his community the cost of holding a special election to fill his seat.  He has also said he may change his mind and leave his State House post after all if his legislative priorities, including a bill that would ban smoking in cars with children, are passed. Heroux has not responded to requests for comment Sunday and Monday, the State House News Service reports.

Baker’s party has also criticized the newly elected mayor. “Rep. Heroux’s decision to be a part-time mayor for shallow, political reasons is wrong for the people of Attleboro, who deserve full-time service,” MassGOP spokesman Terry MacCormack told the News Service last week. Baker and his lieutenant governor, Karyn Polito, had both campaigned for Attleboro’s longtime Mayor Kevin Dumas, a Republican.

The Attleboro Sun-Chronicle, in a colorful editorial urging Heroux to make up his mind, lashed out at the soon-to-be-mayor for a plan that it appears to have found absurd:

He’s admonished the media — including this newspaper — and his opponent for not bringing the issue to the fore during the campaign.

But then again, no one asked him if he planned to Rollerblade down Interstate 95 in a blizzard — no one would think that was good idea.

Heroux has gotten himself in the news already during this election process, for reasons he’d probably wish he hadn’t. In June, critics seized on Facebook messages to an ex-girlfriend that many took as a suggestion his heart wasn’t in the race. “I don’t want to run for mayor,” he wrote, later clarifying that he had never intended to run but felt compelled to in order to unseat the city’s seven-year incumbent. He beat back that controversy and ended up unseating Dumas with 54 percent of the vote.

He is by no means not alone in holding more than one job in Massachusetts politics over the years. To underscore that fact, he shared a photo on his Facebook page of a letter to the editor that argued there was plenty of precedent for dual office-holding, including by then-Boston City Councilor and state rep, who went on to be elected mayor.