Boston pedestrians caught violating traffic laws while on the phone could be hit with penalties of up to $200. 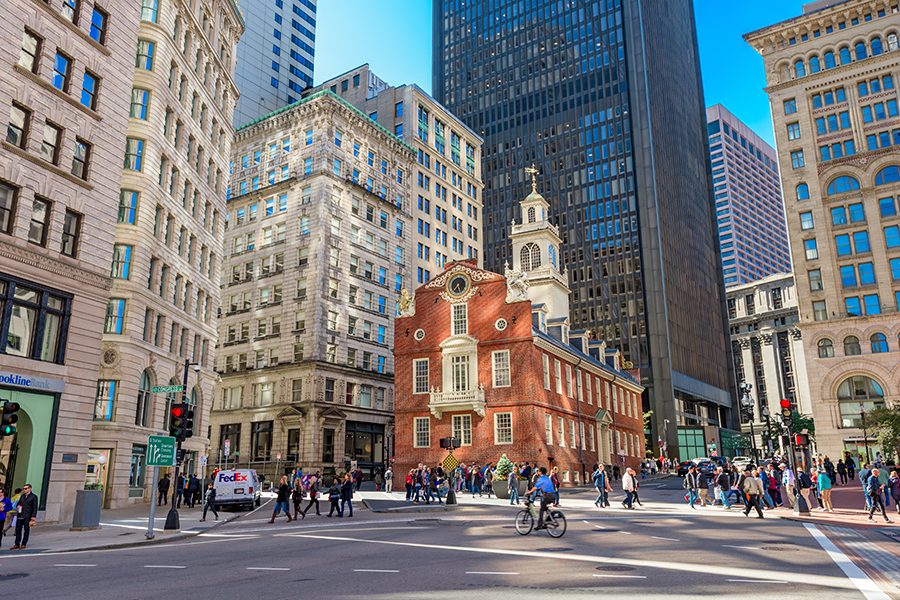 Boston pedestrians have long considered walk signs to be more like suggestions than hard rules. They may be laws for other people, but Hub residents tend to enjoy the freedom of boldly striding through crosswalks as they see fit. That may change, however, as state legislators are considering a bill that would seriously affect the wallets of devil-may-care jaywalkers.

The state legislature is considering a bill Monday to tack an extra fine on jaywalkers caught with mobile electronic devices, which would certainly seem like justice to each and every driver who has rolled their eyes or honked their horn at a screen-gazing pedestrian wreaking havoc on the crosswalks.

The bill, which will be presented by Dracut Democrat Rep. Colleen Garry, stipulates that pedestrians who dare to disrespect traffic patterns be hit with a $25 fine for their first offense, $50 for their second, and $100 for each ticket after that. These damages are steep enough—especially in comparison to the current $1 and $2 fines for jaywalking—but the bill proposes the penalties double if the offender is caught toting a mobile electronic device or wearing headphones.

The fines may seem excessive, but they are not completely unprecedented. As of last month, it is illegal for pedestrians in Honolulu to use mobile devices in the city’s crosswalks, and violators can incur up to $99 in fines.

Boston itself has a long history of jaywalking; according to the Boston Globe, a 1917 Harper’s Magazine article posits that the term itself was invented in the Hub, and a 1999 Public Health Commission survey found that only 12 percent of pedestrians actually follow the “walk” signs.

Though shelling out $200 because you jaywalked while listening to that new Taylor Swift album seems astronomical, violating traffic rules is obviously dangerous for pedestrians and only getting more so. A report released in April by Mayor Marty Walsh’s office shows an increase in the number of pedestrian fatalities between 2015 and 2016; of the 22 traffic deaths in Boston last year, 15 were pedestrians. So yes, waiting for the walk sign when no cars are coming can seem like a total waste of time, but barreling forward with your head down and texting thumbs flying can come with serious consequences.