The New Orange Line Trains Are “Shipping Up to Boston”

They're en route from China.

Wrapped and ready for Shipping Up To Boston, the first 4 new #MBTA #OrangeLine cars arrived today at the Port of #Shanghai @CRRCMACorp pic.twitter.com/IzEEilPTWT

A batch of the MBTA’s new Orange Line trains is “wrapped and ready for Shipping Up To Boston” from China, the MBTA said Tuesday, sharing photos of the new cars swathed in white and loaded on trucks.

The trains, an aesthetic and technological update to the ones currently sliding along the tracks in Boston, were manufactured by CRRC, the Chinese government-run company that will build hundreds of new train cars for the T in the coming years at a facility in Springfield. The T plans to build 152 Orange Line and 252 Red Line Red Line trains, which are slated to hit the tracks beginning in 2019.

There has, for good reason, been a lot of excitement surrounding the shiny new cars, which have gleaming plastic interiors, more interior space, and other features. Recognizing this, the T has shared a number of updates on the trains’ progress with riders impatient to see them hit the tracks. In October, the agency shared videos of a test-run they took on a track in Changchun. Also in October, the T shared an anime cartoon from an apparently very enthusiastic Chinese artist of the Orange and Red Line trains. Earlier this year, a mockup of the new train cars arrived in Boston and was displayed at City Hall Plaza.

First pair of new #MBTA #OrangeLine cars on the move in Changchun. First 6 cars to be shipped from China. Hundreds more to be made in Mass. pic.twitter.com/3H1WnvCeSg 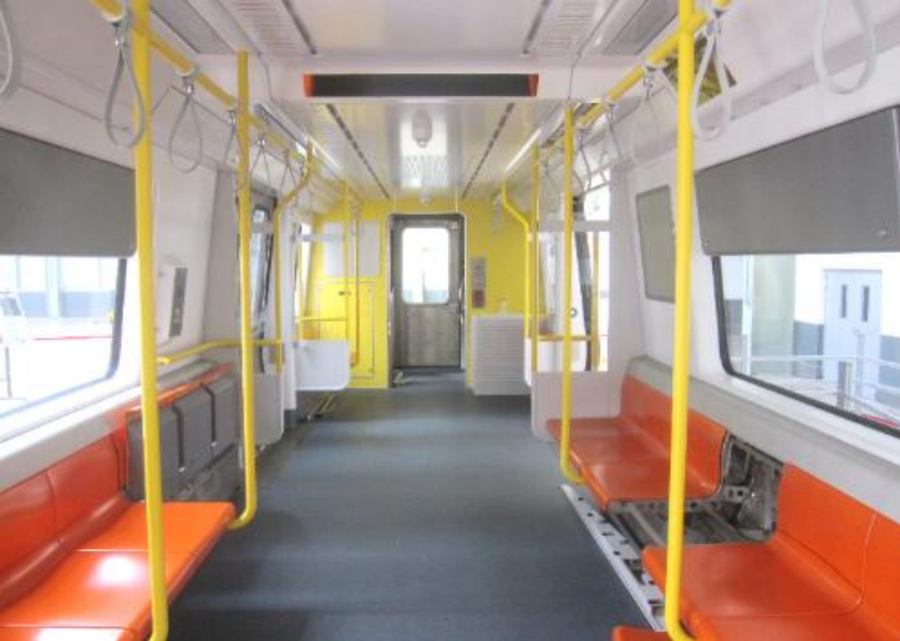