A fan apparently thought the singer-activist's show was too political. 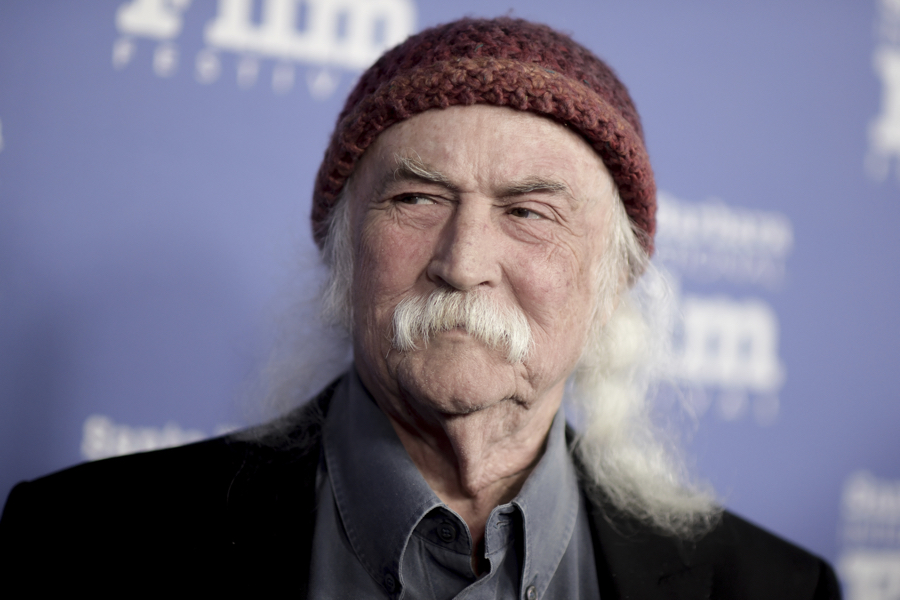 A fan who attended a David Crosby concert in Arlington this week seems to have thought the singer-activist would keep his politics—particularly his opposition to Donald Trump—to himself. Crosby disagrees.

“If you’re a Trump dummy and you don’t like progressives,” the 76-year-old folk singer wrote on Twitter following a performance on Monday at Arlington’s Regent Theatre, “Don’t come to my show asshole.”

The exchange, which has since gone viral, began when the fan complained that he “loved your show in Arlington, MA last night until you brought up your political views. Don’t you realize that you will piss off 1/2 of your audience or at least 1/3 in liberal areas when you do that?”

If you’re a Trump dummy and you don’t like progressives
Don’t come to my show asshole https://t.co/Aglt0ONQ7a

The Rock and Roll Hall of Famer and member of Crosby, Stills, Nash, and Young has made no secret of his political beliefs over the years, from the civil rights and anti-war movements of the 60’s and 70’s to his opposition to war under President George W. Bush. The band in the Bush years sang a song called “Let’s Impeach the President.”

Crosby, who wrote a book about American protest music called Stand and be Counted, has said he takes the role of a songwriting with a political purpose seriously. “Our main job is to be entertainers,” he said, in an interview about the documentary adaptation of his book, “but the other part is for us to be the town crier, the troubadour, to say, ‘It’s 12 o’clock and all is well,’ or ‘It’s 12:30 and it’s not so … good.’ ”

He told the Indy Star this month that fans have urged him to reunite with his old bandmates to help the anti-Trump cause, just like in the old days. “I get a lot of emails and a lot of tweets asking us to quit arguing with each other and get back to work,” Crosby said. “They think we would be good spokesmen and should be getting back on our toes and doing our job. We thought we had it bad with Bush, but now we have a guy who’s 10 times worse than Bush.”

Crosby has found a new outlet for his activism on Twitter and is a prolific user of the platform, on which he boasts nearly 100,000 followers. He’s so well-known for his Twitter commentary that the company featured him in an ad (in which he trolls Chance the Rapper, suggesting he play songs with “real instruments”).

Another fan came to Crosby’s defense on Tuesday night: “Dave’s stage. Dave’s mic. Say whatever the fuck you want.” To which Crosby replied: “Will do.”