The home of the Red Sox has hosted a series of college football games, which concludes on Saturday. 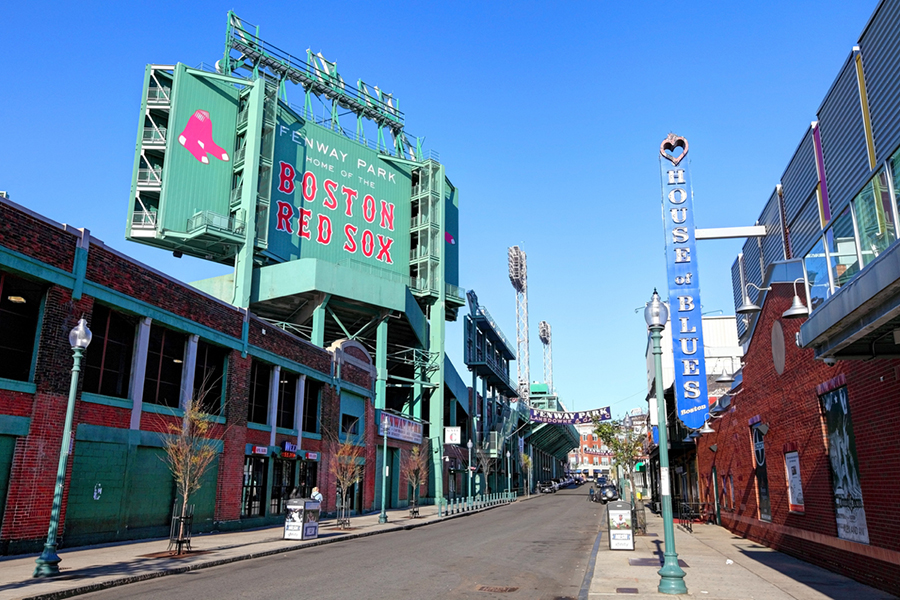 Though Jackie Bradley Jr. has been kicking it with his college pals in South Carolina and Mookie Betts seems to have become a semi-professional bowler, the hallowed grounds of Fenway Park have not remained un-haunted this off-season.

The likely ornery and surely spooky ghosts of Ted Williams and Johnny Pesky have been joined by a slate of college football players in the Fenway Gridiron Series, which comes to an end Saturday when Boston College takes on the University of Connecticut. The trio of games composing the series may not feature any College Football Playoff previews, but the venue always makes up for any lack of on-the-field luster.

In the series opener, the Dartmouth Big Green (it’s no Green Monster) defeated the Brown Bears 33-10, and in the second matchup, the UMass Minutemen triumphed over the Maine Black Bears 44-31. The finale pits the 5-5 BC Eagles, who currently sit in the middle of the ACC, against the 3-7 UConn Huskies, who have dropped their last three contests.

While college athletics may dominate the conversation in the Midwest and the South, the attention here is all too often focused on a certain elite NFL team, or on a basketball team currently on a red hot 14-2 win streak. And yet, there is something special about seeing the park outfitted in a completely different way. Plus, you have to wait all the way until April to see the Red Sox at Fenway again.

There is a long history of bringing the action of the gridiron to the palace on Yawkey Way. This crop of NCAA players is following in the cleated footsteps of athletes all the way back to 1912, according to the Boston Globe. Football at Fenway kicked off on November 30 of that year—a year the Red Sox won the World Series—when the Oak Park High School football team from Illinois pulled off a road win against Everett in the national high school football championship.

Fenway hosted a number of high school, college, and professional games during the first half of the 20th century, but there was a drought of football there between 1968 and 2015. The last game played before the lean years was a 33-14 Patriots win over the Bengals on December 1, 1968. This year’s series concludes with a few high school games featuring BC High, Catholic Memorial, Masconomet, Everett, Hingham, and Scituate in the days leading up to Thanksgiving.