The Crimson travel to New Haven looking to make up for last year's loss. 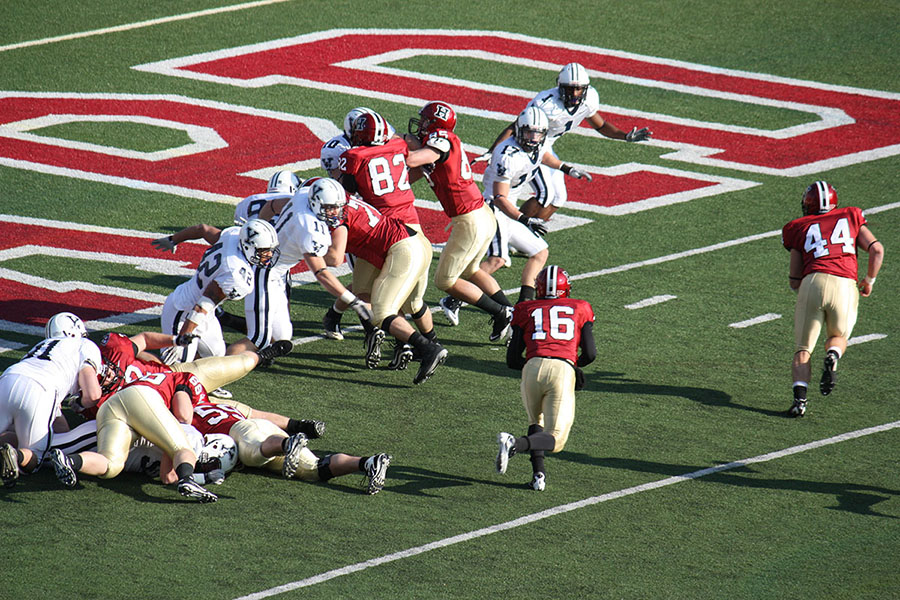 The Game has returned. After Yale stunned Harvard in last year’s contest to take home its first victory in a decade, the Crimson travel to New Haven to try to win back bragging rights. It will be an uphill battle for Harvard, whose chances at a slice of this year’s Ivy League title were dashed after last week’s loss to Penn. Yale, on the other hand, comes into the game with an 8-1 record, and the chance to not only take back-to-back games against Harvard for the first time since the 20th century, but also to secure its first outright Ivy League crown since 1980.

Certainly the Vineyard Vines-clad, Goldman Sachs-stamped affair brings with it a level of upper crust pomp and circumstance unique to the centuries-old rivalry. What is not unique is that people are hyped for a football game.

Coming off last year’s sweet, sweet victory and with a title on their minds, there’s plenty of online trash talking spewing out of Yalies’ mouths.

This being the Ivy League, of course a few academic-related jabs are being tossed around.

Hope you packed your spirited posters, jerseys, and resumes.

You know you’re getting old when you think to bring business cards to the Harvard-Yale football game. #thegame

Tweets from the Harvard side were less outwardly antagonistic, and reflected the game’s history.

The Harvard Crimson does not, in fact, want ‘Bama. Weird.

This Saturday, you could go apple-picking, enjoy the last days of the fall foliage, catch some art at the Museum of Fine Arts, or binge something on Netflix. But, please, I urge you, don’t watch the Harvard-Yale football game. https://t.co/x531KjROuu

The game kicks off at 12:30 p.m. and promises good people watching, if nothing else.