The Mooch Is Out: Scaramucci Just Resigned from His Tufts Advisory Role

Anthony Scaramucci, the former Trump spokesman and embattled Tufts board member, is stepping down. He has not dropped his threat to sue a student and the college newspaper for defamation. 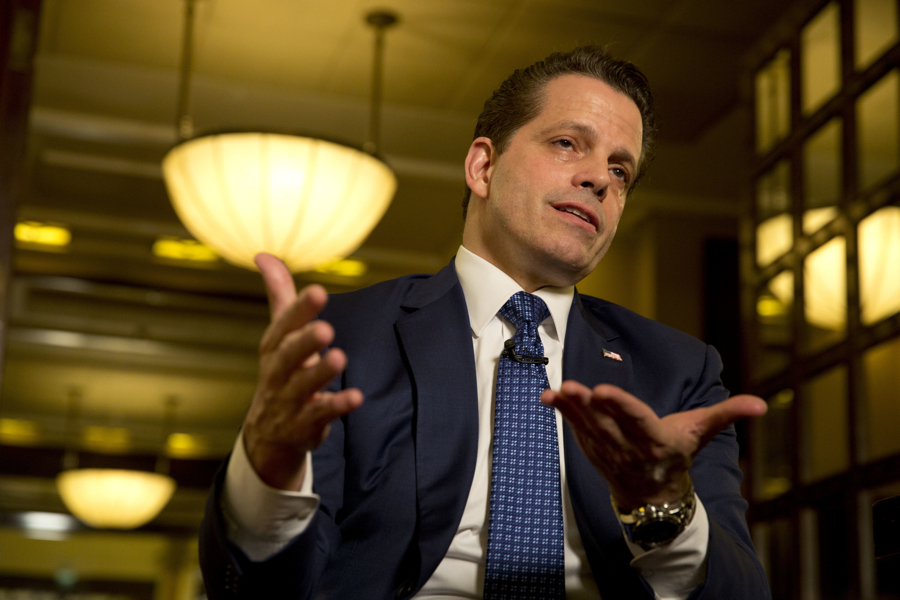 Another stunning, and brief, scandal has ended with Anthony “The Mooch” Scaramucci stepping down. Except this time, instead of in Washington, the chaotic conclusion came in Medford. After facing criticism and ridicule for trying to big-time a grad student with threats of a lawsuit, Scaramucci has resigned his post as a board member at Tufts University, students were told Tuesday.

Students learned of the decision via email Tuesday morning, the Tufts Daily reports.

BREAKING: Anthony Scaramucci has resigned from The Fletcher School’s Board of Advisors effective immediately. The resignation was announced this morning in an email to the Fletcher community from Dean James Stavridis and Provost David Harris. pic.twitter.com/VGiOvHkC8K

The scandal began this week when the Daily reported that Scaramucci, the former Trump spokesman who was promptly ousted after a vulgar phone call with the New Yorker, had raged over a critical op-ed written by graduate student Camilo Caballero, which referred to Scaramucci as an “unethical opportunist” and criticized the “Scaramucci Post” for its Holocaust poll fiasco. Caballero had been making the case for Scaramucci to be pushed off the board of the university’s Fletcher School of Law and Diplomacy, after a petition calling on the university to do so garnered hundreds of signatures from the Tufts community. Scaramucci’s attorney demanded retractions and an apology for the content of the opinion pieces, and suggested he might sue for defamation. In response, Tufts postponed an Scaramucci event scheduled for Monday.

Scaramucci has not backed off on his threats to the student and the college paper, and continues to demand an apology and retraction. He continued to defend himself Monday and Tuesday on Twitter, in an open letter to faculty and students, and during an interview with the Tufts Observer, in which he said he was only trying to protect his reputation, and referred to his critics as being “baby-ish.”

The ACLU of Massachusetts says it has stepped in to advise the student and that it sees Scaramucci’s threats as an attack on the free press.

The civil liberties organization on Tuesday sent a detailed response to Scaramucci dismissing his claims of defamation as “wholly without merit” and calling on him to rescind his threat of a lawsuit. “We therefore ask that you and your client immediately stop threatening a student op-ed contributor simply because your client does not like what the student has to say,” the letter reads. “The protections in our state and federal constitutions— not to mention basic human decency—require no less.”

In a conference call with reporters, Caballero said he has been moved by the support he’s received on campus and is proud of the way the Tufts community has handled the controversy. He credited Tufts student Carter Banker, who circulated the anti-Scaramucci petition beginning in October, for fueling the debate over his board membership in the first place.

“All of this is really what effective advocacy looks like,” Caballero said. “With everyone who came together to stand up for very basic rights, we were able to accomplish the task at hand, and that was to remind Fletcher and Tufts of who we are and what we stand for.”

Caballero, an immigrant who arrived in the U.S. at age 9, also said his experience this week has been surreal.

“What a difference a day can make. One day I was writing an op-ed, and a few days later we’ve got a team defending free speech. Talk about a civics class for the semester,” he said. “Throughout my life as a young boy coming to this country as an immigrant, there have been a lot of instances in my life where it’s been hard. Coming into this country at 9 years old and having to learn a new language, you go through a lot, and especially in a conservative state like Georgia where I lived, you learn how to grow thick skin. So this process, while it was overwhelming and I did not expect it, it just reminded me of the things that we need to continue fighting for in this country and to have the support and help of 240 plus students faculty and alumni who wanted to stand on the right side of history, it was a phenomenally, overwhelmingly happy experience.”