Millennium Partners' dreams of an aerial tram system crossing part of Boston are more real than ever. 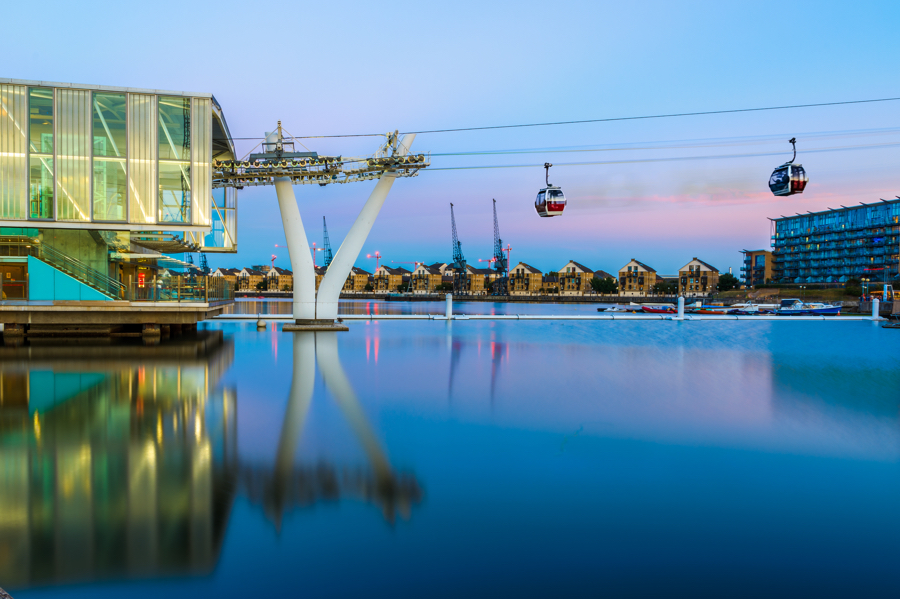 Thames Cable Car at sunset in London photo via istock.com/VictorHuang

The Seaport, that futuristic chunk of South Boston that sprung up out of parking lots in about five minutes, give or take, is not the most accessible of Boston’s neighborhoods. There aren’t any subway stops down there (there are Silver Line buses, which are different), traffic is frustrating and slow (the death of the Northern Avenue Bridge didn’t help). And those traveling by bike do so without a protected bike lane (one frustrated cyclist this week took matters into their own hands, and drew one across the length of the Congress Street Bridge with spray paint).

So the time is ripe in the so-called Innovation District for some innovative ways to clear the Fort Point Channel in as efficient a way as possible.

One answer, if you ask the powerful development firm Millennium Partners, lies in the sky. Boston, we’re talkin’ gondolas.

The idea has been kicked around since at least this summer, when it was among suggested fixes for the neighborhood’s vexing transit problems. But according to an investigation in the Boston Business Journal, the builders behind the Millennium Tower and the Winthrop Square proposal have since ramped up efforts to pitch a vast, water-spanning aerial tram system that would connect an elevated platform near South Station to the Raymond L. Flynn Marine Park a mile away, at the Seaport’s southern tip. Many elected leaders, among them U.S. Rep. Stephen Lynch, have expressed that they are at least preliminarily on board.

The idea has gotten real as hell, as Millennium has reportedly produced both a promotional video for it and built a full-scale model of one of the gondola pods to show off to bigwigs and public officials. The BBJ‘s Catherine Carlock reports the model was available for viewing a few weeks ago, shielded from prying eyes “beneath a white tent behind not one, but two fences.” According to one of those promo videos, Millennium calls this baby the “Prime Line.” Sadly, the gondola model is not available for public gawking, per Carlock’s story: “When the Business Journal requested a tour, a Millennium representative said the model unit had been taken down.”

They’ve even suggested they might pump $100 million to get the project, *cough*, off the ground.

Millennium has reason to promote the idea of a fantastical airborne commute: It has eyed new development near the park that could bring a whole lot of new office space to the area.

Sure, it may sound outlandish, but remember: These are the architects of projects like the Winthrop Square Tower, which will be built only thanks to an effort at the highest levels of local and state government to scrap a law banning the shadows it will cast on Boston Common.

They could probably pull this off.