Donald Trump Does Not Like the Sound of Senator Mitt Romney

The president is reportedly undermining Romney's shot at Orrin Hatch's seat in Congress, the latest development in the politicians' feud. 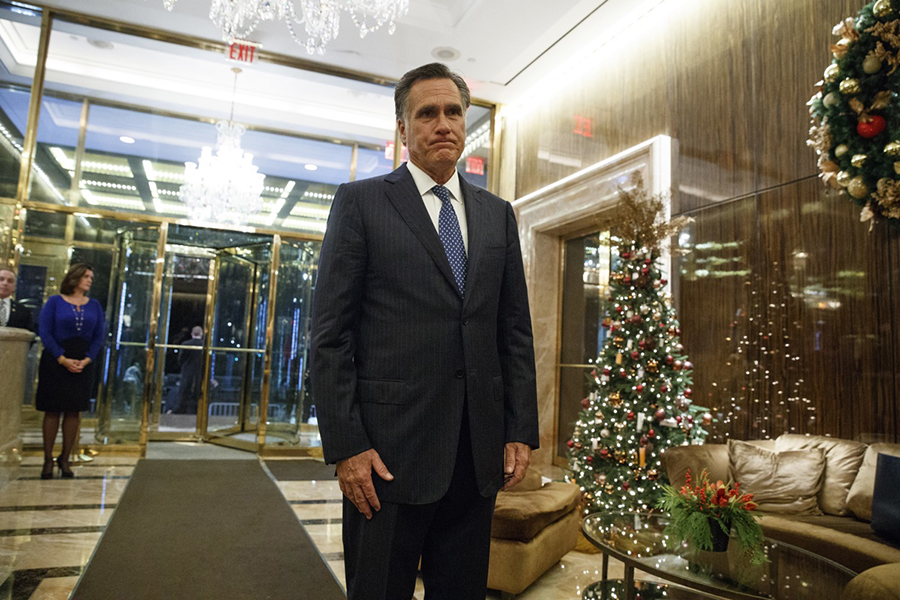 Neither time nor gourmet frog legs heal old wounds, if your name is Donald Trump.

Former Massachusetts governor Mitt Romney, who has a far-from-loving relationship with the president, has reportedly been gearing up for a run at Utah Sen. Orrin Hatch’s seat on the assumption that the 83-year-old Hatch would retire rather than run again in 2018. Trump has other ideas.

Politico reports that Trump has waged a war of whispers to undermine the prospect of a Senator Romney and discourage Hatch from hanging up his political cleats. Trump’s off-camera maneuvering with Hatch will move to center stage in Salt Lake City on Monday, when he will spend roughly nine hours with the senator on Air Force One traveling to and from D.C., and hold a public event.

Romney and Trump have a notoriously tense relationship dating back years. Trump was soured on Romney’s presidential run way back in 2011, and the governor absolutely tore Trump apart in a March 2016 speech. (That oratory slogging contained such insulting gems as, “Donald Trump is a phony, a fraud. His promises are as worthless as a degree from Trump University.”) Hatch, meanwhile, earned the president’s praise for defending him in the wake of the Billy Bush/Access Hollywood tape scandal during the campaign.

After the election, Trump reportedly considered Romney for secretary of state, but in hindsight, it looks like the president was just trying to make his nemesis squirm. After all, who could forget the iconic photo of a tragically uncomfortable, helpless Romney sitting rigidly at a white table-clothed dinner table as then-President-elect Trump hovered behind, a sinister grin tattooed across his face.

There were plenty of pictures taken of Donald Trump and Mitt Romney eating dinner together, but one stood out. https://t.co/Sm7n8cSias pic.twitter.com/FhQPixtwj9

In August, Romney harshly condemned Trump’s response to the violence in Charlottesville, saying in a statement that by blaming “both sides” for the incident, Trump “caused racists to rejoice, minorities to weep, and the vast heart of America to mourn.”

For a president obsessed with revenge, undermining Romney has proven to be a bit of a pet project, and propping up Hatch would presumably be another tally in the president’s column. Though the 2018 election is still about a year away, the embers of the Trump-Romney feud continue to smolder.