Everything you need to know about the Worcester Democrat, who will lead the chamber as it investigates former President Stan Rosenberg. 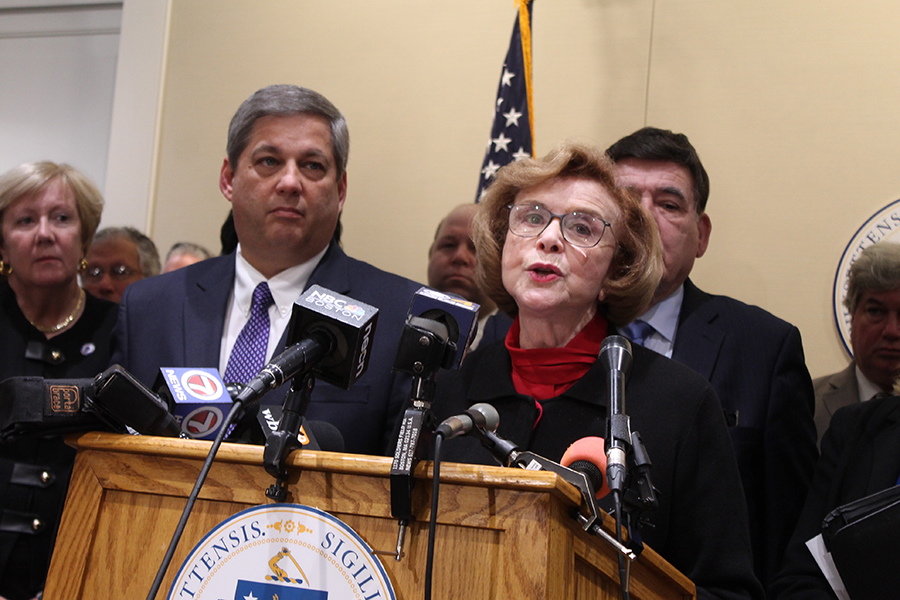 Chandler, a Worcester Democrat, will hold the Senate’s top post until an Ethics Committee’s investigation into Hefner concludes, at which point she has promised to give up the role. According to the Boston Globe, a timeline has not been determined for the probe, but at its conclusion, the committee could recommend a range of actions as harsh as expulsion, or nothing at all.

In a speech to her colleagues, Chandler was far from jubilant about her new position, and according to the Globe, the Rosenberg ally referred to the circumstances of her election as “turbulent, so tragic, so surprising, and so sad.”

Before joining the Senate, Chandler represented part of Worcester in the state House of Representatives from 1995-2001. She has served as the city’s first female senator since then, and, having held the role since 2015, is the second woman in Massachusetts history to be Senate majority leader. The nearly 80-year-old politician is the Senate Chair of the Joint Committee on Redistricting, and she co-chairs the Prevention for Health and Legislature’s Oral Health caucuses. Chandler has championed a number of medical-related pieces of legislation in the past, including access to dental care for low-income residents and free birth control for women.

On Monday, Senate President Stan Rosenberg announced he would step down from his leadership position in the wake of accusations from four men that Rosenberg’s husband, Bryon Hefner, sexually assaulted or harassed them. The Senate has begun its independent investigation into whether or not Rosenberg broke chamber rules. Attorney General Maura Healey and Suffolk District Attorney Daniel Conley also intend to launch a separate criminal investigation into Hefner, should the victims decide to come forward.

It is unclear how Senate leadership will progress after the investigation concludes. Rosenberg could very well be absolved from all wrongdoing, but his reputation has taken a hit regardless of what the probe turns up. Politico reports that several other senators are poised to assume the presidency and have taken steps to shore up support in the event that the position opens up. That Hefner previously boasted about his implicit influence on Beacon Hill certainly doesn’t make Rosenberg’s footing any less precarious.

Being elected president is ostensibly an accomplishment for Chandler, even if it comes amidst extremely unfortunate circumstances. But despite the clear indication that she holds her colleagues’ respect, the turmoil on Beacon Hill overshadowed Chandler’s pride on Monday.

“I wish I could look at this wonderful election you have given me with joy, rather than the way I feel,” Chandler said on the Senate floor, according to the Globe. “It truly isn’t a time of celebration for me.”