The Republican nominee for senate in Alabama "would be a stain on the GOP," he said. 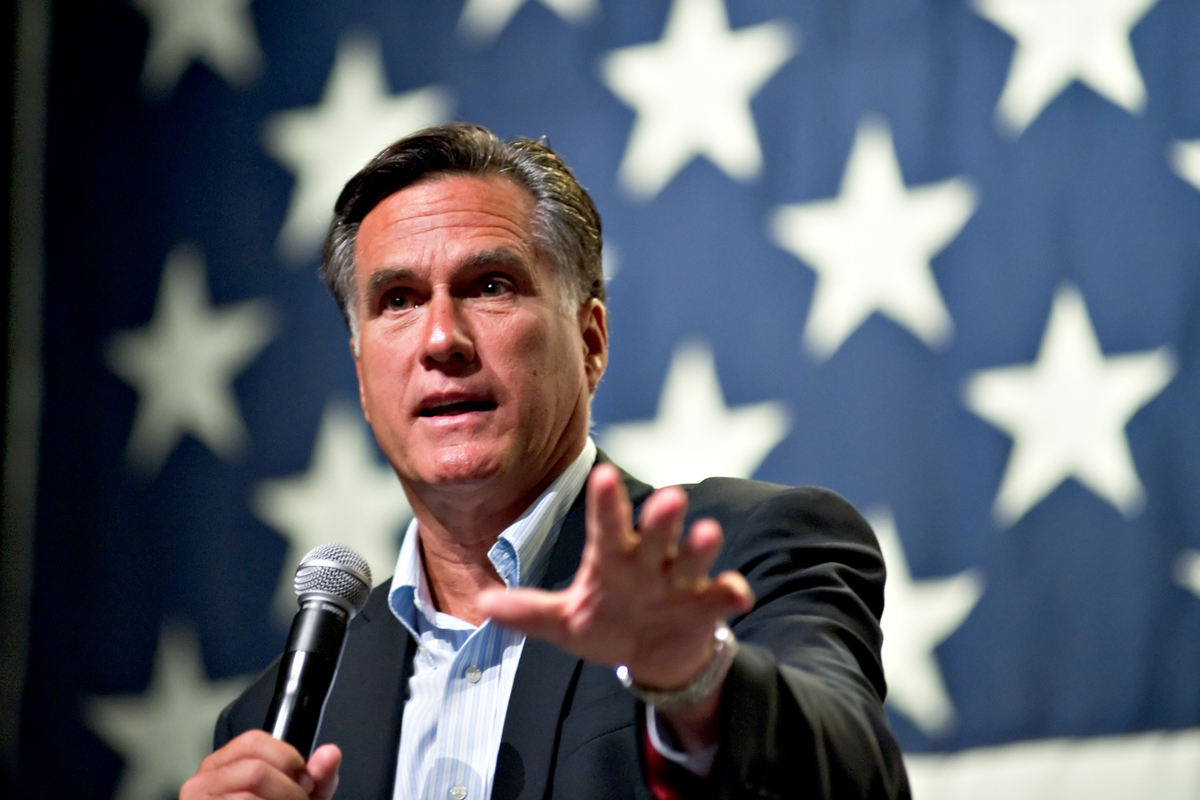 Sometimes when the bar is set extraordinarily low, you can just step right over it.

Such is the case with Mitt Romney, the former Massachusetts governor who has earned plaudits for his willingness to take on the issue of accused child molester Roy Moore, who is running for Senate in Alabama. Trump has issued a full-throated support of Moore, Republican leadership has opted to let Alabamans “make the call,” and the Republican National Committee has resumed its efforts to get Moore elected.

Seizing his moment as an anti-Trump advocate and taking a principled stand few in his party are willing to take right now, Romney is hammering the president over his support for Moore. “Roy Moore in the US Senate would be a stain on the GOP and on the nation. Leigh Corfman and other victims are courageous heroes,” Romney wrote on Twitter, referencing the woman who says Moore molested her at age 14. ” No vote, no majority is worth losing our honor, our integrity.”

Roy Moore in the US Senate would be a stain on the GOP and on the nation. Leigh Corfman and other victims are courageous heroes. No vote, no majority is worth losing our honor, our integrity.

It’s part of a broader pattern with the former governor. Romney has attacked Trump along these lines several times before, including after the president’s comments about white nationalist rally attendees in Charlottesville. He has meanwhile shared precious little of his opinions on issues like the massive Republican tax bill, and aside from a few barbed tweets about Trump, his Twitter feed is largely either apolitical or non-confrontational.

Romney, who has implicitly endorsed Trump’s controversial executive order to slash the size of Utah’s Bears Ears National Monument, is rumored to have ambitions to run for the Utah Senate seat of Orrin Hatch, should the 83-year-old decide not to run again in 2018. His comments come not long after word got out that Trump was working to undermine that effort. It was the latest war between the two since Trump inflicted the humiliation of denying Romney a position in his Cabinet after infamously trotting him out in front of the media at a restaurant in a Trump hotel.

As for that Hatch seat, some political observers have suggested Romney could run whether or not Hatch decides to seek re-election. He’s been dubbed by some as a “savior” for the party, and polling in that state suggests he would have a good shot at winning.