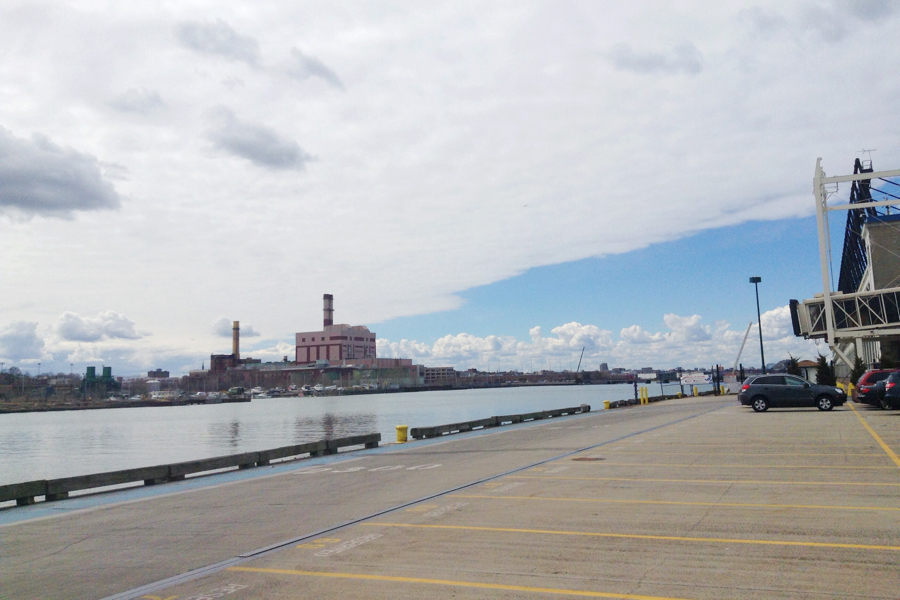 2014 Photo via miles from home on Flickr/creative commons

A massive container ship came loose in last night’s whipping winds, damaging a South Boston pier before it could be safely steered away, officials said Wednesday.

No one was injured when the 1,065-foot vessel, called Helsinki Bridge, “broke free from its mooring” at Boston’s Paul W. Conley Container Terminal around 12:45 a.m., according to a release from the Coast Guard.

Tug boats responded, workers who were aboard the ship were able to get off, and a pilot was able to take control of the gigantic ship and steer it out of the area. It’s currently anchored at Broad Sound. The ship, which was carrying “general cargo” did not release any “pollution” during the incident, the Coast Guard says.

It appears the ship delivered some pretty significant damage to the Black Falcon Pier run by Massachusetts Port Authority. Photos from the scene show warped, cracked pavement. It wasn’t clear how severe or costly the damage is. MassPort did not return requests for comment.

Damage at Black Falcon terminal after wind snaps lines to a huge container ship.
CG Statement: Terminal workers who were aboard the 1,065-foot container ship Helsinki Bridge were able to safely disembark, and no injuries or pollution from the container ship were reported. pic.twitter.com/wAc1fEqjHT

#BREAKING: Damage in South Boston at the pier where a container ship broke free overnight. pic.twitter.com/RgUmUAXUP2