The film brought fame to Matt Damon and Ben Affleck. 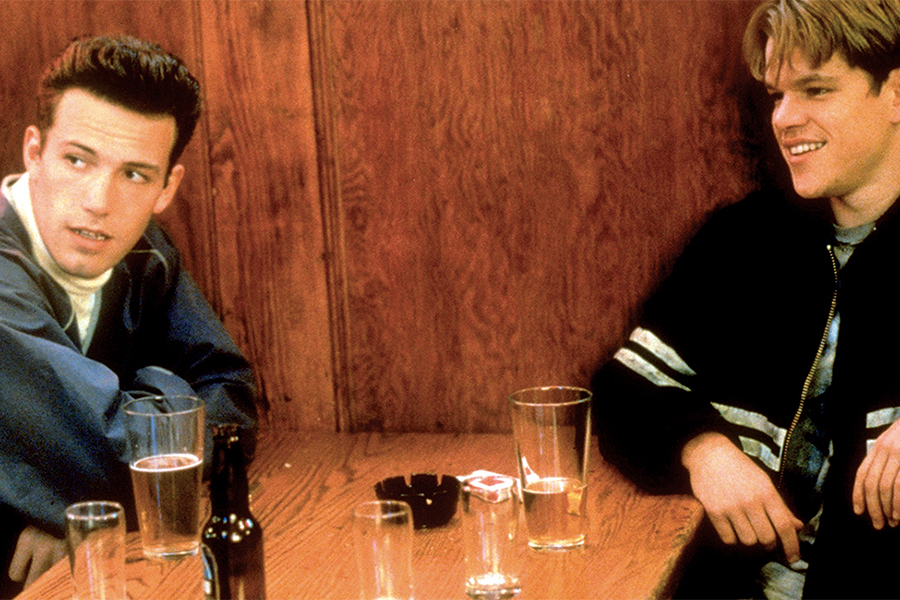 Photo courtesy of Miramax for “Good Will Hunting: An Oral History“

Before Matt Damon and Ben Affleck were Oscar winners, they were two boys from Cambridge, best friends dreaming of careers on the big screen.

“We did theater together in high school, and went down to New York together in the summers to try to audition,” said Affleck in a 1997 Boston Globe interview.

Affleck had a number of child acting roles and moved to Los Angeles following a brief stint in New York after high school. Damon, on the other hand, was cast in only one film before going on to Harvard College. It was there, in a university English class, that he would write the screenplay that would send him to stardom less than 10 years later.

Before Good Will Hunting took the world by storm, Damon steadily built his acting repertoire. He dropped out of Harvard to join Affleck in Hollywood and star in the 1993 film Geronimo. Reunited, the two began workshopping Damon’s screenplay—what would eventually become Good Will Hunting. The film, of course, tells the story of an MIT janitor from Southie who, after being discovered as a math prodigy, finds direction in his life with the help of a psychologist.

Castle Rock Entertainment bought the film, but a series of disagreements with Damon and Affleck ended the deal shortly thereafter. Studio executives wanted to cast more established actors in the leading roles—namely Leonardo DiCaprio—but Damon and Affleck were adamant about playing their own characters. More so, Castle Rock didn’t want to film in Boston, but the two felt the city was crucial to the storyline.

“They said Boston was too expensive, and we said we didn’t want to make this movie if we couldn’t do it in Boston,” said Affleck to the Globe. “So much of what we want to do is present Boston the way we knew it growing up here. Because we feel like it has never really been done. Everything from the dialect to the specific kinds of culture, the way people live. . . . Boston is still a place that has its own identity, its own flavor. Often when that’s attempted in the movies it comes off as either caricature or cutesy.”

Damon and Affleck eventually inked a deal with Miramax, at the time owned by now-discredited film producer Harvey Weinstein and his brother, Bob. The executives hired Gus Van Sant as director, and Lawrence Bender, known for his work on Reservoir Dogs and Pulp Fiction, as producer. Damon secured his role as the leading boy-genius, Affleck as his best friend, Robin Williams was hired to play the psychologist, and Minnie Driver as the love interest. The cast and crew was set with a budget of $10 million, and the filming began. Nearly half the movie was shot in Boston, but interior shots were filmed in the less expensive city of Toronto.

The movie was a bit of a gamble—young stars beside established actors, new location unfamiliar to Hollywood filming—but it paid off. After its release on December 5, 1997, Good Will Hunting grossed nearly $226 million worldwide. A year later, the film had over 20 award nominations, and Matt Damon and Ben Affleck kicked off their careers with both an Oscar and a Golden Globe for best screenplay. True to their goal, Southie’s “fiercely loyal, quick-witted, sometimes violent” character was immortalized on screen. The Public Garden park bench where Will Hunting and psychologist Sean Maguire had their heart-to-heart is still a tourist attraction, even becoming a memorial after Robin Williams’s death in 2014.

Good Will Hunting brought Boston’s character to the world, capturing every sentiment from the working class to Harvard’s elite, every dream of love and success. Twenty years later, and we’re still talking about that boy who had to go see about a girl.