Man Rescued from Car Sinking into Icy Pond in Winchendon

First responders rescued a man during the snow storm that hit Massachusetts on Saturday. 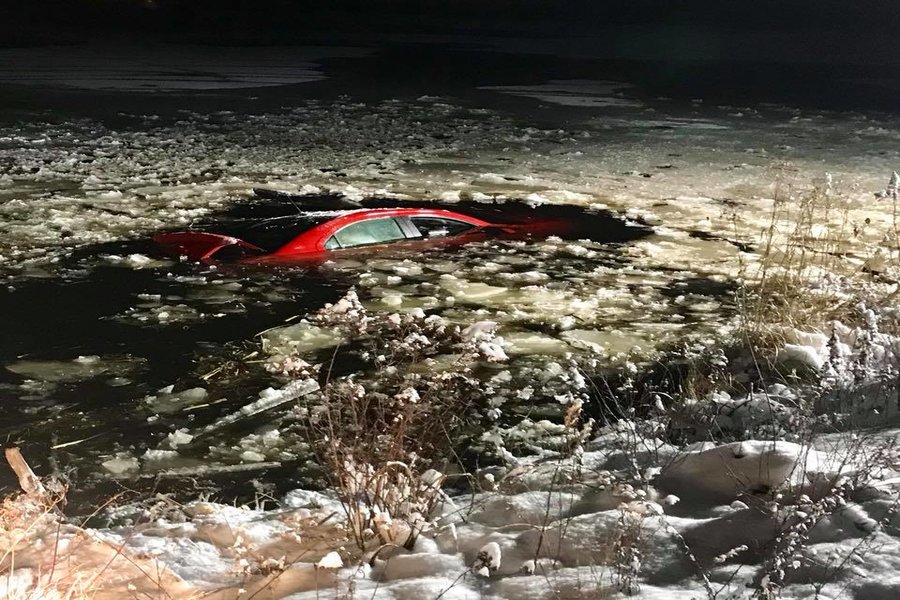 A man in Winchendon lived out a scene from an action movie early Sunday morning when he was dramatically rescued from the top of his car after plunging into Hunt’s Pond. And he has a local plow driver to thank for it.

Corey Wilson, who was plowing snow at a nearby church, alerted first responders just before 4:15 a.m. after he saw that a car had driven into the pond’s icy waters and the driver was still inside. The man was actually able to free himself from the car and make his way to the roof of his own sinking vehicle, according to the Winchendon Fire Department. Though first responders initially tried to wait for reinforcements, they were forced to act more quickly because “the car started to sink and there was no time to wait.” They tossed the stranded driver a rope and reeled him in to safety, which sounds like an incredibly icy swim.

By the time fire and police officials arrived at the scene, the car was just over 10 feet from the shore and in 8-10 feet of water, according to the fire department. Luckily, the man did not sustain any injuries from the accident, and officials cleared the scene within two hours. The vehicle was subsequently removed from the pond by a local auto repair shop.

In a statement, the Winchendon Fire Department praised the first responders’ efforts, calling it a “great team effort by all” on Facebook. Action hero-level teamwork is great teamwork, indeed.