The Red Sox Foundation’s chairman on what it means to hit home runs not just in Fenway, but in the community. —By Scott Van Voorhis 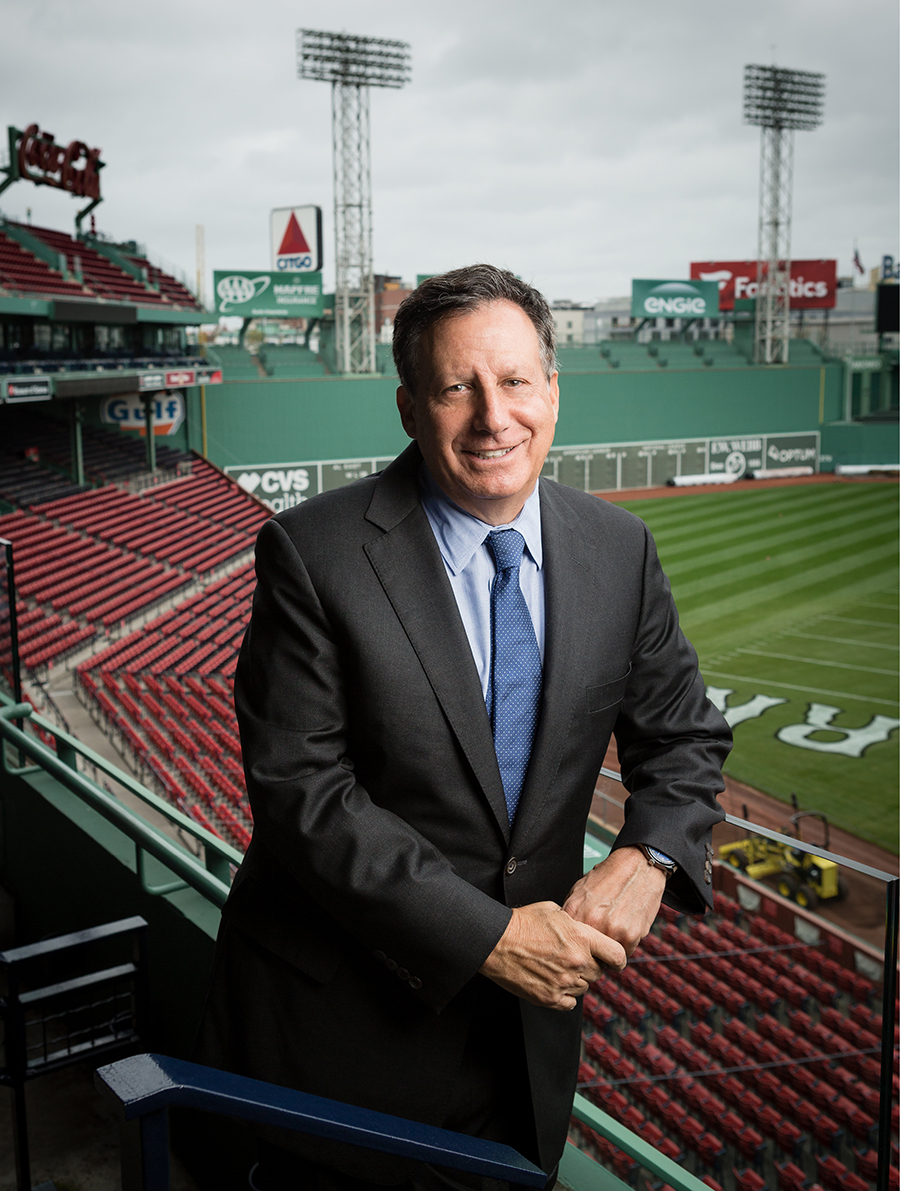 What is it like to oversee a foundation with a built-in fan base? Do contributions pick up when the team is doing well?

The Red Sox have been woven into the fabric of New England for a hundred years. The charity part leverages the good feelings people have about the baseball club, and I think that has made an enormous difference. We raised a lot of money last year in connection with David Ortiz’s retirement. Some teams, when a player retires, they give them a watch. We used Ortiz’s retirement to raise at least a couple million dollars for his charity.

What inspired the team’s passion for helping military veterans?

The Red Sox went to Washington, DC, after we won the World Series in 2007. We thought it was important to visit Walter Reed Hospital as well as the White House. I spoke with one of the chief administrators of Walter Reed, who was talking about the fact that so many soldiers are coming back after Iraq and Afghanistan with PTSD and traumatic brain injuries. I thought he would say 15 percent—he said it could be as much as 50 percent. On the flight back, I talked with the team doctor about what we could do. Through the Home Base program, a joint effort with Mass General, we have treated 11,000 veterans and their families.

Why do you think the Red Sox Scholars program for academically talented Boston seventh graders has been so successful?

It’s more than the $10,000 scholarship—we also provide mentors and are in contact with the students. When a student gets to spend time with Jackie Bradley Jr. or Mookie Betts and see that they are people they can look up to, that is a very powerful part of the program. The high school graduation rate last year was 96 percent for our scholars. They are becoming very productive members of society.