The Newton mayor faces off against Charlie Baker in 2018. 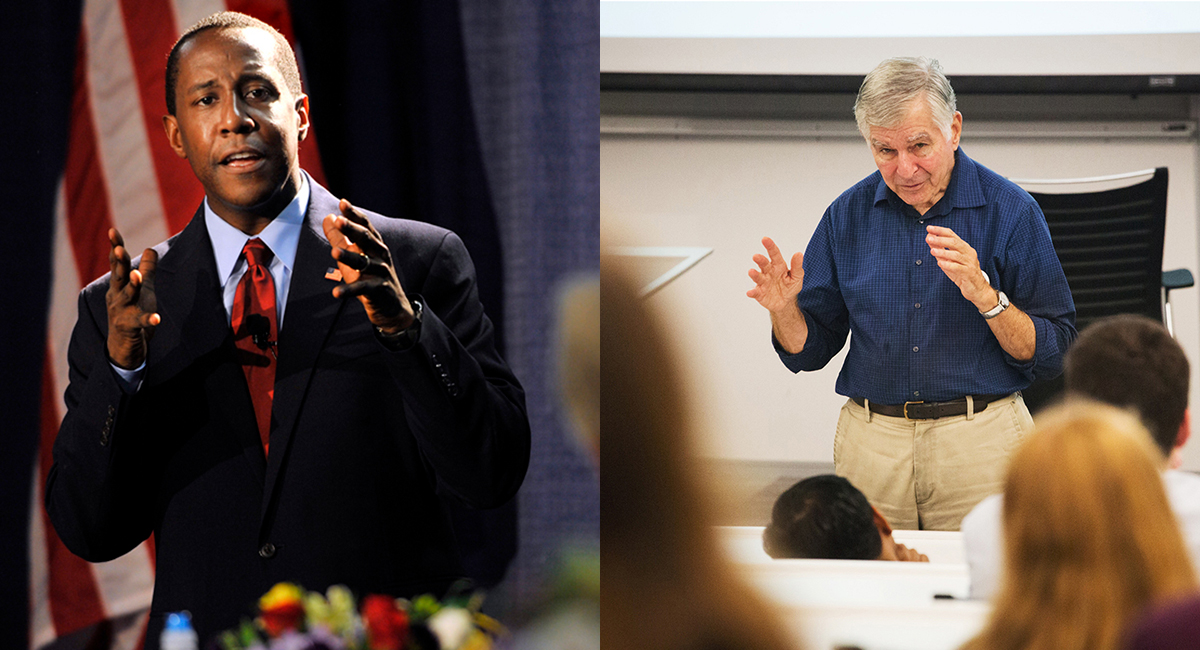 Like a lot of car seat NPR listeners, Newton Mayor Setti Warren says he learned the power of government as a kid in the backseat.

But unlike many children who absorb the comings-and-goings of our legislative system in a moving vehicle, Warren’s political education came straight from the power players themselves. Namely, Gov. Michael Dukakis, for whom his father, Joseph Warren, was an aid and frequent car companion.

Dukakis is now working with the Warren family once again, helping the younger Warren vie for the governor’s office he once held: He’s standing behind him with an endorsement in the 2018 race against incumbent Gov. Charlie Baker. At a Saturday afternoon event in Brookline, Dukakis, the progressive hero still fighting for his chosen causes in Mass., gave Warren a strong statement of support.

“We need leadership in this state that’s dynamic, that’s committed, that surrounds itself with excellent people,” Dukakis said. “That’s what I hope and expect we’re going to get from a Setti Warren as governor.”

Warren faces an uphill battle against the perennially popular Baker. However, a small crack in Baker’s armor emerged in the run-up to Tuesday’s special election in Alabama, when Warren and others criticized him for continuing to funnel money to the Republican National Committee and, by extension, accused pedophile Roy Moore. Baker explicitly condemned Moore, who was upset by the Democrat Doug Jones, but only implicitly endorsed “the alternative” candidate.

In his remarks alongside Dukakis, Warren emphasized the need to reduce inequality in Massachusetts and govern with an eye toward socioeconomic mobility.

“I learned that government is an instrument to provide people with opportunity, and that government with integrity and vision could change the lives of millions of people,” Warren said to the crowd of supporters. “But as I started to move around the state, it became clear to me that people and communities are falling behind… If we do this, we will not only change the government next year, we will change governance in our state so our Commonwealth lives up to its full potential.”