He's got a Senate resolution that would reverse the FCC's decision. 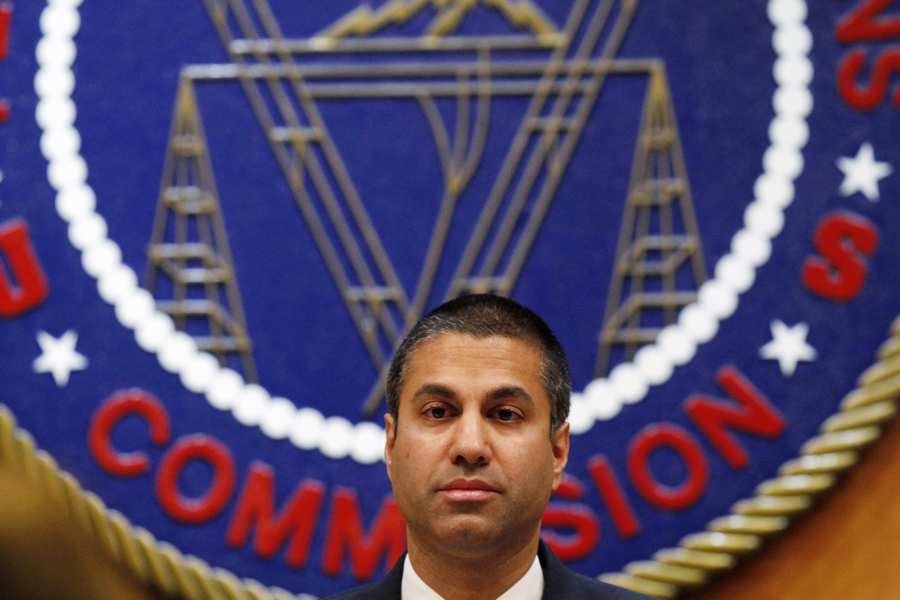 For those who say “net neutrality” keeps the internet free and fair, Thursday was a very bad day. As expected, the FCC, led by Trump-designated chairman Ajit Pai, has voted to unwind the Obama-era rules that limit how much control big companies like Comcast and Verizon can have on how we access the web.

Pai—the net neutrality opponent and former general counsel for Verizon—delivered on his promise to gut the rules, which are designed to keep big telecommunications companies like Comcast and Verizon from slowing down or speeding up connection speeds as they see fit, which net neutrality proponents say is a way to charge customers more, or favor some content providers over others.

But it’s not over yet. Congress can still stop this, under what’s called the Congressional Review Act, if enough legislators step in and override the FCC’s vote. And Massachusetts Senator Ed Markey says he plans to do lead the fight to do just that. He says he will file the resolution required to rescind the vote as soon as the law allows. Fifteen of his colleagues have also signed on.

“Donald Trump’s FCC made an historic mistake today by overturning its net neutrality rules, and we cannot let it stand,” Markey said in a statement. “Without strong net neutrality rules, entrepreneurs, inventors, small businesses, activists and all those who rely on a free and open internet will be at the mercy of big broadband companies that can block websites, slow down traffic and charge websites fees in order to increase their profits.”

Legal challenges to the move are also expected. Markey followed up with a tweet suggesting that’s underway as well. “While the broadband CEOs are toasting to the repeal of #NetNeutrality, [California Rep. Anna Eshoo] and I are preparing an Amicus Brief,” he wrote. “See you in court, @AjitPaiFCC.”

The FCC has completely failed to justify this decision and we will be suing to stand up for the free exchange of ideas and to keep the American people in control of internet access. #NetNeutrality pic.twitter.com/7OLDb5R0X7

The FCC had been expected to make this move ever since Pai, a Republican appointed by Obama in 2012, was named chairman by Trump. A longtime opponent of net neutrality, Pai has said he believes the broadband providers when they say internet users’ fears are overblown and that most won’t notice a difference. He recently made his case by starring in a pair of breathtakingly humorless videos on conservative blogs.

The vote also came after comments logged on the FCC’s website were an absolute mess and included thousands of forged entries, among them from people claiming to be Massachusetts residents—including, somehow, Barbara Capuano, who is married to U.S. Rep. Michael Capuano, of Somerville.

Despite clear evidence of fake comments, including from my own wife Barbara, the FCC still repealed #netneutrality today. I’m fighting this decision and supporting H.R. 4585 which would effectively require the FCC to start the process over. https://t.co/ZqBZRsxZNm

Fears of a neutrality-crushing vote touched off months of advocacy in Massachusetts from Markey and others from the state’s all-Democrat delegation.

Local leaders fired back on Thursday after news of the FCC’s vote broke. Boston Mayor Marty Walsh said in a tweet he was “deeply disappointed,” and U.S. Rep. Jim McGovern said the agency had “ignored millions of Americans who spoke up for internet freedom,” and Rep. Joe Kennedy III likened it to “locking the internet with keys owned by major corporations.”

I am deeply disappointed by the @FCC‘s decision to reverse #NetNeutrality. This will make it more difficult for residents & businesses to have fair and equitable access to the internet. Today’s vote is a move against the free and open internet we rely on.

#BREAKING: Trump’s @FCC just ignored millions of Americans who spoke up for internet freedom, and sided with giant corporations.

This fight is far from over. RT if you agree Congress must act now to pass legislation to protect #NetNeutrality. pic.twitter.com/Mr1Fp9og9m