You can find the enormous doobie at the Harvest Cup on Saturday. 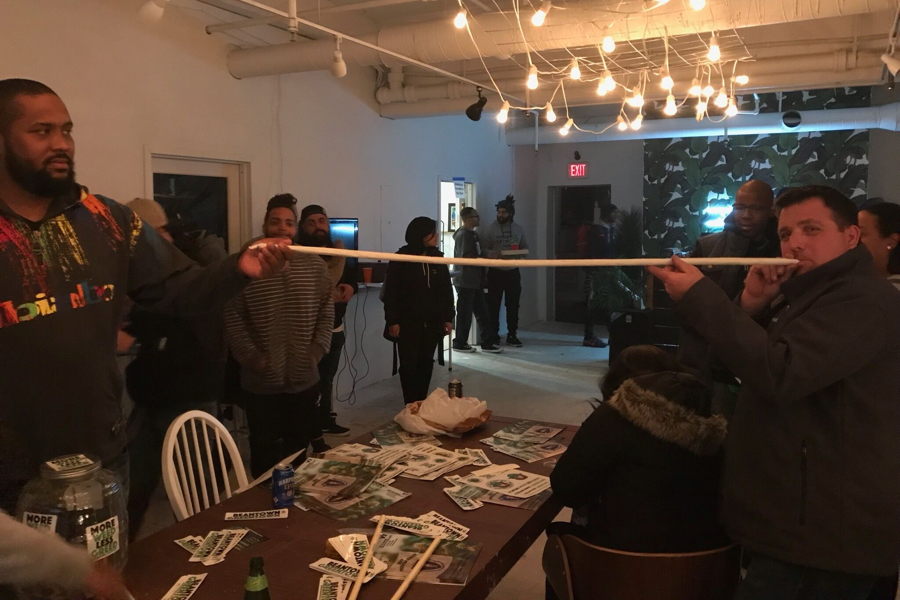 A group of Boston marijuana aficionados have some big plans for this weekend in Worcester. Like, massively, record-breakingly big: A 100-foot-long joint.

Beantown Greentown, a local lifestyle clothing company and activist group, will unveil their massive doobie on Saturday at the first-ever Harvest Cup, a weed competition and expo at Worcester’s DCU Center. And with any luck, they say, they’ll soon be listed in the Guinness Book of World Records.

“For us it started out as a goofy, ‘hahaha, let’s do this’ kind of thing,” says Andrew Mutty, Greentown’s 38-year-old co-owner and a longtime marijuana cultivator. “Then we were like, ‘OK, let’s make it serious.'”

An initial application to the UK-based record-verifier was rejected, Mutty says, as the UK-based record-verifier typically steers clear of feats involving illegal drugs. Indeed, the Guinness website does not seem to list any marijuana-related records, aside from some about drug busts and the world’s smallest drug-sniffing dog. But Mutty says they’re following the Guinness model anyway, and making sure there is plenty of documentation for posterity. “As long as there’s documentation, we should be good,” Mutty says.

It is, as you might expect, not easy to roll a joint this long. The effort involved tracking down 3,000 yards of rolling papers, scraping together 1,000 grams of bud grown by members of their “420 club,” and figuring out how to craft such a thing without it all falling apart. After all, it’s one thing to dream of the longest joint the world has ever seen, Mutty says. “It takes a lot of time and practice and ingenuity and desire to actually do it.”

How are they pulling it off? He won’t say, exactly, but photos he shared with Boston show it’s got something to do with a funnel and a long plastic tube. Their method is “proprietary,” he says. “If we gave it away we might have to kill you.”

Ever wonder how to roll a 100ft joint? Haha we did. With the help from our friends at @purehemppaper we got this figured out. If you want to be a part of history come join us @theharvestcup for the exclusive after party one Dec 16th in #Worcester #Massachusetts. #wewillroll #100 #joint #cannabiscommunity #cannabis #love #live #live @hightimesmagazine @1000wattsmmj @digstagramboston @theimproper

A post shared by Boston Cannabis Connoisseurs (@beantown_greentown) on Nov 21, 2017 at 7:04pm PST

After plenty of practice and preparation, the whole thing will be assembled at once on the big day with help from about 40 people, at the stoner-approved hour of 4:20 p.m.

And yes, he says, they plan to smoke it.  Which is a feat all its own, involving “a blow torch and a vacuum cleaner.”

Mutty says the crew’s goal is to stoke the drug’s rebellious spirit at a time when weed is going mainstream, it’s mass-produced in sophisticated facilities, and big money is moving in to reap the benefits of Massachusetts’ soon-to-be $1 billion recreational cannabis industry. Beantown Greentown’s tagline is “more weed, less greed.”

“We’re giving a big middle finger to society that’s trying to take over,” he says. 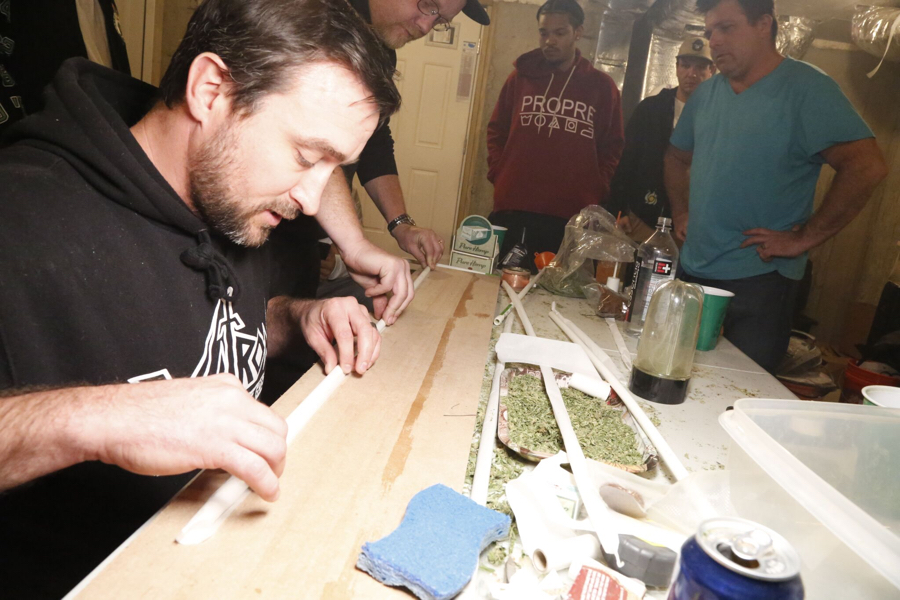