Boston Will Have Fireworks on First Night Again for 2018 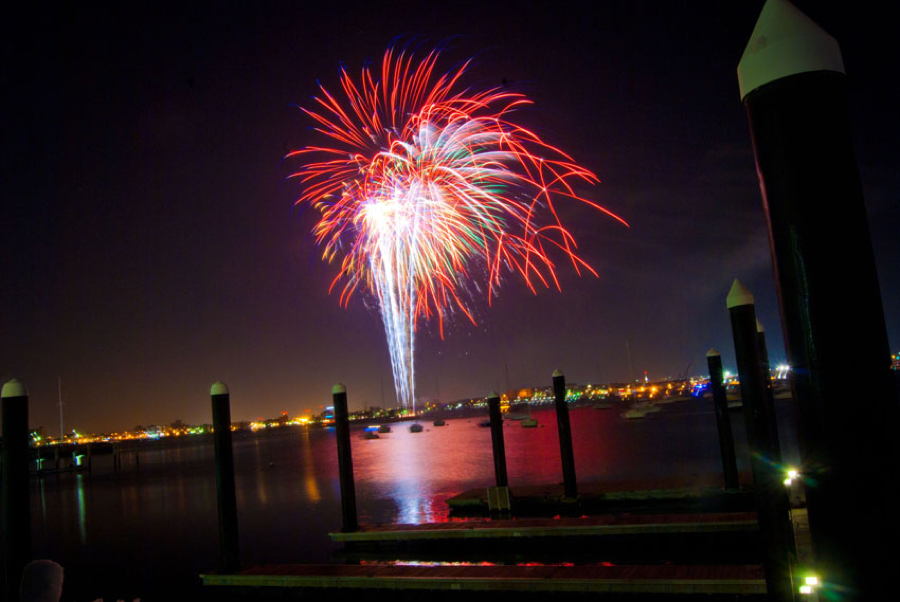 What’s First Night in Boston without fireworks at midnight? If last year was any indication, it’s just not the same.

But don’t worry, after the hiatus in 2016/2017, fireworks are indeed slated to return to Boston’s downsized end-of-year party to ring in 2018, thanks to the efforts of waterfront groups who have reportedly raised a combined $80,000 for the show, according to the Boston Globe. Two sets, at Long Wharf and off the Seaport, are primed to light up the skies after the countdown, the way it should be.

It’s been quite a ride for First Night, a quirky bonanza that once had a budget in the millions and was among the grandest New Year’s celebrations in the country. Dating back to the 1970’s, it has a history of being a forum for artists and oddities from the mainstream (ice sculptures, sing-alongs, jazz) to more artsy and strange fare. I can personally remember the eclectic 2009 festivities that included ear-splitting noise music in a gigantic Hynes conference room, and a costumed wrestling spectacular.

The tide began to turn in 2013, when the money dried up and the city swooped in to save the tradition. “If there is a will, there’s a way,” Mayor Tom Menino said at the time. Donors assembled quickly, and First Night lived another year, even if it was never quite the same. 2015’s celebration was so sparse that First Night founder Clara Wainwright called it “skeletal.”

Under the leadership of the events firm Conventures Inc. (which does it pro bono), First Night has now been consolidated in Back Bay, and as of last year, the fireworks over the water nixed in favor of pyrotechnics in Copley Square—a move that led Matt Conti on the North End Waterfront blog to opine that, “In one fell swoop, out the window goes the decades of tradition that made Boston the original First Night, where arts and culture were celebrated across the city and capped off with fireworks over Boston Harbor.”

Meanwhile, thankfully, the tradition of requiring people to pay up for buttons in order to access much of the programming has been trashed also. Now, everything is free.

Even though times have changed, the fireworks—an essential First Night component, a celebration of what a resource and treasure Boston Harbor is, and a key differentiator for the event from the bigger, better-known one in New York—are back, at least for another year.