The Most Popular Stories of 2017 from Boston Magazine 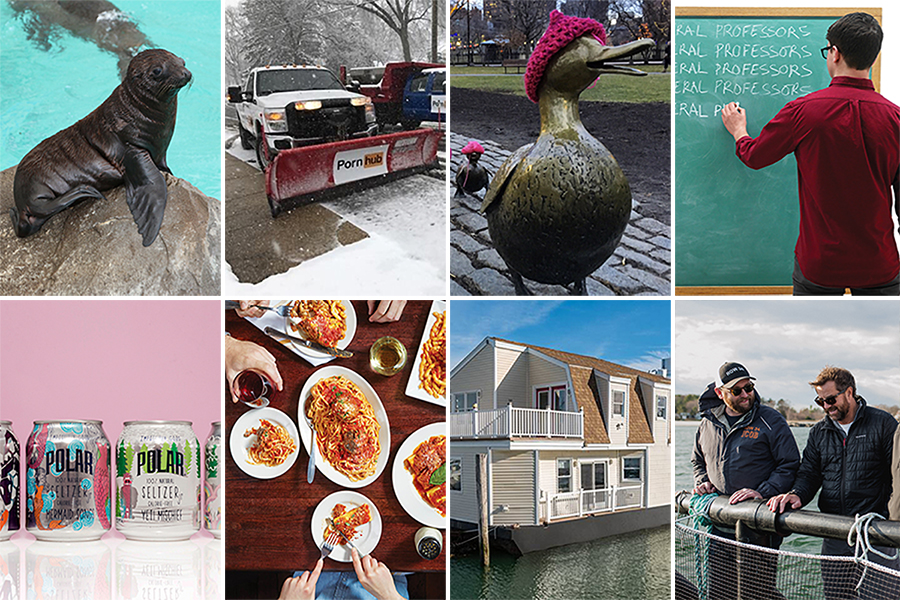 Well, Boston, here we are. The roads are dusted with snowflakes and rock salt, the Christmas tree is towering over the Common, and we’re ready to wrap up another year here in our fair city.

Over here at Boston, we’ve had another fun year of bringing you the news. There were highs—say, the greatest come from behind Super Bowl win ever from the Patriots—and lows, like learning the commuter rail breaks down more than any other transit system in the country. But what news, dear readers, did you most enjoy? A brief sampling:

You were all very, very curious about the possibility that Pornhub would plow your street for free, but sadly a little less interested in learning that they probably didn’t plow a single street here. That story, published in March, has had a far longer life than whatever marketing mind dreamed it up could have anticipated—it provided fodder for a popular Tumblr post, with more than 540,000 notes, then resurfaced again on Twitter this month with, uh, the exact same joke. If there is one thing we learn every year, it’s that the internet is always a vaster and stranger place than you realize.

You were outraged that Attorney General Jeff Sessions was no fan of pot, especially considering we had just voted to legalize it here. And you were inspired that the city’s iconic duckling statues participated in the women’s march. Perhaps befitting Boston’s intellectual reputation, you also wanted to know about the labor dispute that was resolved in Maine because of the placement of a comma. You were also awfully concerned that we’d abandon New York for a new time zone.

You were also, naturally, quite hungry. You wanted to know which restaurants to eat in around the North End (same, folks). And you were, as ever, interested in our always updated list of the city’s 50 best restaurants. But it wasn’t just food that kept you reading our restaurants content. You were also interested in the ongoing fallout of Christopher Kimball’s split with America’s Test Kitchen. You also really, really like gulping down Polar Seltzer.

Boston might be one of the country’s most unaffordable cities, but that didn’t stop you from enjoying browsing some truly remarkable homes.

The area continues to have strong schools, but a lot of you were very reassured to hear that it’s OK if your kids don’t take over the world someday. And if you weren’t worried about their grade school performance, you were a little concerned that their colleges are experiencing a liberal professor bias.

We also did some prognosticating about Jeff Immelt’s future at GE, which turned out to be a correct reading of the tea leaves when he left the company, and dove into Michael Dukakis’ continued advocacy in support of better public transit in Boston.

That list doesn’t tell the whole story of the year on bostonmagazine.com, though. I asked our talented staff of writers and editors what they really enjoyed working on this year, and they came back with a series of stories that you might enjoy reading as you hunker down by the city’s best restaurants with fireplaces.

“Learning more about the job market for visually impaired Bostonians gave me an entirely new perspective on diversity and inclusion in the workforce. Meeting the job seekers and planners inspired me to learn more about existing adaptive technologies and to question general assumptions about what someone ‘can’t’ do based on physical limitations,” says staff writer Hayley Glatter.

Senior editor Chris Sweeney, who works on many of our print stories, had a few he wanted to highlight: “Blair Miller’s story on sky-high cancer rates among Boston firefighters was deeply reported and packed an emotional punch.  On a lighter note, I got a real kick out of Emily Kumler’s terrific Q&A with Atul Gawande, the famed surgeon and author. It’s an incredibly fun read and loaded with great anecdotes, including one about how Gawande first met (and argued with) New Yorker pal Malcolm Gladwell. Speaking of fun reads, you don’t want to miss Simon Van Zuylen-Wood’s profile of Ernie Boch Jr. or former Boston city councilor Mike Ross’ argument that we should sell the State House and move the capital of the Commonwealth to Springfield. Lastly, I’ll plug a piece I wrote called ‘How Far Would You Go to Save Your Little Girl,’ which profiles the extraordinary efforts of an Ipswich family to find a cure for their youngest daughter’s ultra-rare disease.”

“I’ve never laughed so much during interviews than when I reported Confessions of a Boston Realtor,” says associate editor Madeline Bilis. “After countless phone calls, I ended up with dozens of wild stories—I wish I could have published them all.”

Associate food editor Jackie Cain, meanwhile, enjoyed the opportunity to learn about the fish of the future: “On a sunny and cold day in November, I visited a working marine research pier in New Castle, New Hampshire, with chef Jeremy Sewall and a couple of his Row 34 employees to learn about a specific, environmentally sound way to raise trout. It was a beautiful day, and it was really fun to get out on the water with some fishermen-at-heart. Moreover, I learned a ton about aquaculture, and I feel energized by the unique setup University of New Hampshire and Sea Grant researchers have developed. It has a ton of potential to provide quality seafood for our restaurants, as well as become a sustainable source of income for our region’s challenged fishing industry. ”

And for staff writer Spencer Buell, his brush with fame over the failures of the city’s poutine scene was his favorite highlight: “The experience of French Canadian expats in New England doesn’t get nearly the attention it deserves around here, so I’m glad we had the chance to spotlight that community in a way.

It was particularly welcomed in Canada, where there is a growing sense of unease about what’s happening to the Québec staple across their southern border. Because of that, and because Canadians secretly love mocking American excess, I was invited to talk about my observations on Canadian radio shows, a podcast, and national TV—the most surreal experience of my time at Boston and, if you can believe it, a sign to many in my extended Canadian family that I’d finally made it.”

As for me, I’ll always remember this as the year the New England Aquarium probably put my photo up somewhere to warn staff to keep me away from Ron the sea lion pup.

Thanks, as ever, for reading the site, and we look forward to bringing you all the biggest Boston news of 2018.