TBT: Whitey Bulger Fled Boston after Being Tipped off by Childhood Friend

The murderous gangster would successfully evade the FBI for the next 16 years. 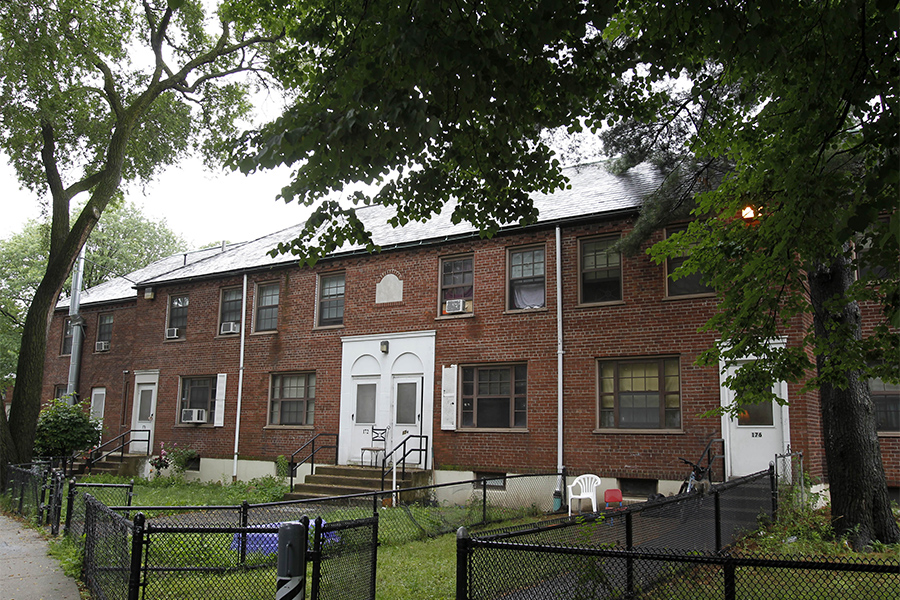 The Old Harbor Housing project in South Boston, where Whitey Bulger grew up. Photo via AP

James Joseph Bulger Jr. was born in Dorchester, the second of six children raised in a South Boston public-housing project. He was a troublemaker, a determined kid prone to bad decisions. The boy’s bright blond hair earned him the nickname “Whitey”—a name he scoffed at, but decades later, the nation would fear.

Bulger began his life of crime early: By the age of 14 he was stealing, and he served five years in a juvenile reformatory for larceny, forgery, assault and battery, and armed robbery. Upon release he joined the Air Force, where he worked as a mechanic and earned his high school diploma. The stint of good behavior didn’t last though, as Bulger was arrest for going AWOL and faced charges of rape. Still, he was never convicted on either account and was honorably discharged in 1952.

Four years later, Bulger was sentenced to 25 years in federal prison for bank robbery. Originally placed in Atlanta, Bulger was transferred to Alcatraz when he was caught planning to escape—a badge of honor in the criminal world. He’d finish up nine of the 25-year sentence in Leavenworth in Kansas, released early for volunteering to be a drug test subject while in Atlanta.

Back in Boston, Bulger would begin to lay down his legacy as the infamous Whitey Bulger. Through the 1970s and 80s he rose through the ranks of the Winter Hill Gang, heading much of Boston’s drug dealing, bookmaking, and loansharking operations. He was a smart, ruthless criminal.

Starting in 1975, Bulger and his partner Stephen J. Flemmi began serving as FBI informants. Such a role was scorned by lawbreakers, however, so the gangsters preferred to see themselves as strategists, or liaisons. As long as their crimes remained nonviolent, they could continue operations while allowing the FBI to take down their rival crime network, the Boston Mafia. It was a convenient set-up, and for more than 15 years, it worked. Then, evidence emerged that Bulger and Flemmi had not complied to the rule of nonviolence—they’d been complicit in a number of murders while serving as informants. The Massachusetts State Police and the D.E.A. began investigating Bulger, but an arrest wouldn’t be made for another 16 years.

John J. Connolly Jr., a longtime FBI agent, was Bulger’s handler in the informant relationship. He also happened to grow up in the same housing project as Bulger—they were childhood friends who seemingly chose opposite sides of the law. The two had a deal though, and Connolly often leaked information to Bulger in an effort to continue their relationship. Bulger’s information was too valuable to lose—by protecting Bulger and Felmmi, Connolly was catching dozens of other criminals in the Boston Mafia. So when Connolly heard news of Bulger’s impending arrest, he tipped him off, allowing the murderous gang leader to flee Boston on December 23, 1994.

Connolly was eventually convicted of corruption in 2002, and later faced murder charges for his collusion with Bulger during the informant years. While he began serving what’s essentially a life sentence, Bulger was on the run. He made it to the FBI’s “Ten Most Wanted Fugitives” list with the largest reward the bureau ever offered for a domestic fugitive—$2 million.

For most of the 16 years that the FBI spent scrambling, Whitey Bulger and his girlfriend Catherine Greig were living as Charlie and Carol Gasko, an old married couple in Santa Monica, California. Neighbors later reported them as being “reclusive and a little odd.” When Greig spent too much time chatting, Bulger would often yell, insisting she not linger.

After years of no success searching for Bulger, the FBI turned their focus towards Greig. They began broadcasting public service advertisements around the nation, targeting channels frequented by women Greig’s age. In 2011, the campaign proved successful—one call later, the FBI was outside the Gasko’s Santa Monica home. Bulger, then 81, and Greig, then 60, were arrested without commotion.

Inside their home, the FBI found more than $800,000 and over 20 firearms. Bulger pleaded not guilty to the 32 charges against him, including 19 murders, extortion, money laundering, and possession of weapons (including machine guns). Greig, however, pleaded guilty to identity fraud and helping Bulger elude capture. She was sentenced to a $150,000 fine and eight years in prison.

After a lengthy trial that debated the criminal world’s concept of honor and loyalty, focusing often on Bulger’s role as an informant, the infamous Boston gangster was found guilty of 11 of the 19 murders, as well as racketeering and other charges. Today, Bulger is serving two life sentences in a Florida penitentiary. His name has been—for better or for worse—irreparably linked to South Boston, and his likeness was portrayed by the one and only Johnny Depp only two years after his conviction. That’s quite the end to a great gangster’s legacy.