It hasn't been this cold for this long since 1918. 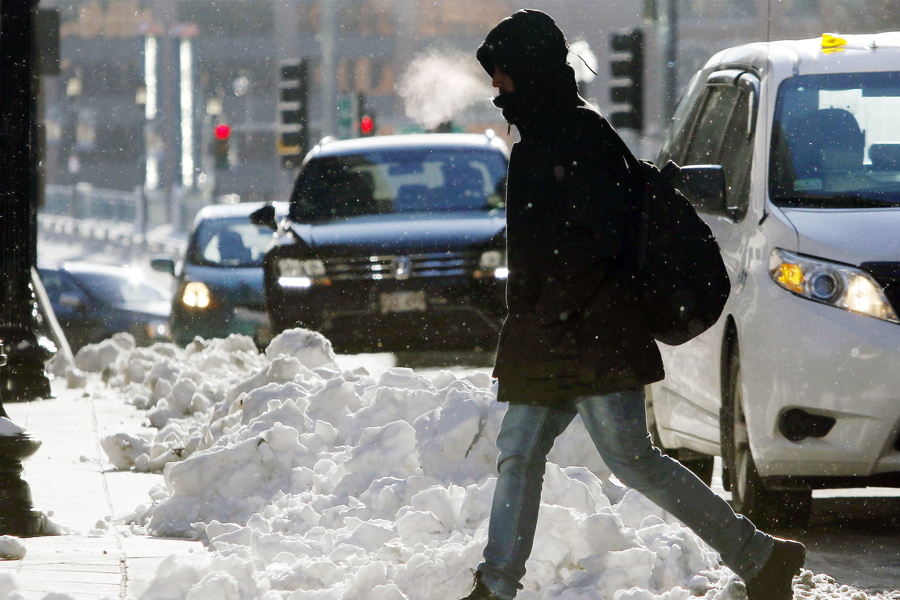 The extreme, bone-chilling cold that has swept the region over the past week is one for the history books, as it ties a record set in 1918 for the longest cold snap ever in Boston.

The last time it was this cold in the city for this long was in 1918, when it stayed below 20 degrees from December 29, 1917, to January 4, 1918, according to records kept by the National Weather Service in Taunton. It’s likely that this latest seven-day stretch of sub-2o degree weather will end tomorrow, when forecasters expect the temperature to climb into the high-20s.

So we won’t get out of this dangerously frigid weather event with a new record, but it’s still “pretty significant,” says NWS meteorologist Bill Simpson.

We can thank the curve of the jet stream for the assault of Arctic air, he says. “It’s just a persistent track of the cold air mass that’s been up in northern Canada,” Simpson says. “Usually you get a couple days of cold air and it moves off, but this is just a consistent flow from the Arctic.”

With windchill recorded at -7 degrees at Logan Airport, the bitter cold again prompted NWS to warn commuters to be cautious about frostbite. Outside Boston, the National Weather service recorded temperatures in the double-digits below zero.

[Today] Wind Chill Adv remains in effect until 11 AM today. Please use caution if heading out and about as frostbite can occur in as little as 30 minutes to exposed skin. pic.twitter.com/WRnCoK9ICR

Forecasters expect snow and intense wind to arrive Thursday. It isn’t clear how much, but NWS predictions say eastern Massachusetts is poised to get the worst of it. Boston could see 4-8 inches of snow, and Simpson expects snow to be on the higher end of that estimate. Strong gusts are expected to cause some power outages on the Cape and Islands.

Wind in Boston could blow at as high as 50 miles per hour, Simpson says.

The storm has been classified by some as a “bombogenesis,” a slang term used by meteorologists to describe a storm that forms quickly over the ocean and intensifies rapidly. It’s a phenomenon that happens every year or two, Simpson says.

Meanwhile, the coldest of the cold is still to come. Simpson predicts we’ll see the chilliest day of the winter this weekend, with high temperatures in the single digits. And then, he says, by Monday things should start getting back to normal.

Snow will move over the region Thurs AM lasting into the evening hours. Expect highest totals across RI & E MA where a winter storm watch has been issued. The evening commute on Thur looks to be impacted. This is our first cut on snow totals so anticipate these amts to change. pic.twitter.com/VEZq3IR5v4