The Freezing Cold Weather in Boston Is Actually Good. I Like It.

Sure, record-tying cold around Massachusetts seems bad. But what if...it isn't? 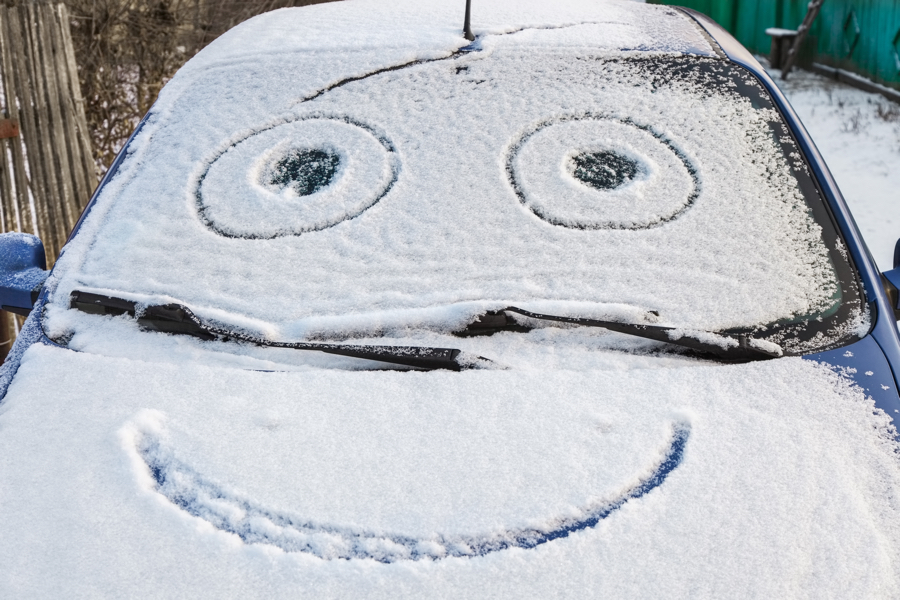 Hate this cold snap? Annoyed about how it messed up your New Year’s Eve plans, slowed down your commute, infected you and your loved ones with cabin fever, and made it painful to do things like walk around and breathe?

Well I have news for you: It’s actually good.

Why? There are exactly eleven reasons why.

Believe it or not, our odds of seeing a real life bald eagle in downtown Boston are much, much higher thanks to the frigid conditions. When the temperature drops and lakes freeze, America’s national bird has been known to flee its habitat in search of prey in bodies of water that haven’t frozen solid, even if that means venturing out into the big city, according to Wayne Peterson, director of the Important Bird Areas program for the Massachusetts Audubon Society.

“I think it’s very reasonable to think that in this bitter weather, one could have a decent chance of seeing bald eagles in and around Greater Boston,” Peterson says. Cold weather means good eagle-watching weather, he says, and the best places to spot them are bodies of water that are only partially frozen, with smaller unfrozen pools of in the middle where high concentrations of prey can be found. The birds aren’t afraid of the cold, he says, adding that he himself laid eyes on one on Tuesday afternoon, albeit on the Cape.

They’ve visited Boston before. Two years ago, during some chilly weather, a jogger spotted a pair of them scavenging in the Charles River.

On top of that, the bald eagle population is continuing to grow, with a record number of pairs recorded in the state this year. So keep those dry, irritated eyes open.

It hasn’t been this cold for this long in Boston in 100 years. History hasn’t exactly been made, but it’s been tied. That’s something, right?

The huge blue lobster is fine 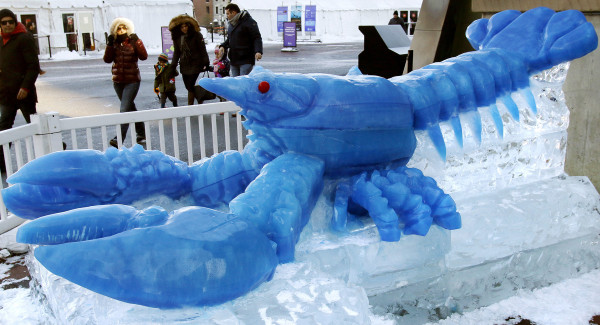 There is absolutely zero risk of melting for the New England Aquarium’s huge blue ice lobster, which is a delight.

You can walk/skate on ponds

5 degrees outside right now but who can resist dancing on a frozen pond??! #DressedForSpace #NoRegrets pic.twitter.com/vKkUVo8JBx

If you can stand the cold for a little while, head on down to the Boston Public Garden, where the pond is deeply, supremely frozen. Go ahead and walk and/or skate on that pond, or any pond, really. As an expat from a nation where backyard ice hockey rinks outnumber swimming pools, I can definitely appreciate a pond frozen solidly enough to skate on it. Bundle up and do that, too.

Have some errands to run? You’re in luck. No one is doing anything because no one wants to be outdoors. If you hate crowds and have a supersize scarf, this cold snap is all kinds of good for you.

Cool, right? We rounded up the best photography of the cold snap here.

Some water is still running through the Snows Mill Pond Dam in Fitchburg, but lots of frozen ice is giving Antarctica vibes ❄️ pic.twitter.com/H6IXLQI3Ny

New Year’s Eve is kind of a bummer anyway

If you wanted to stay home anyway (which, and there is abundant evidence for this, you should), the cold air ruining the festivities was actually for the best.

The perks of being #frozen.. the beach is gorgeous! 😍🌊❄️ Had to stop and enjoy the beauty for a moment while working on a story here! #ItsSoCold #FrozenAmerica #Arctic #freezing #beautiful #Plymouth pic.twitter.com/deUEP39A12

Frozen sea foam along the shore at Brant Rock in #Marshfield. pic.twitter.com/GzZVFHumN5

STUNNING
Sheets of ice, 6” deep, cracked and piling up on shore.#scituate #wcvb pic.twitter.com/0QUT7VDrBO 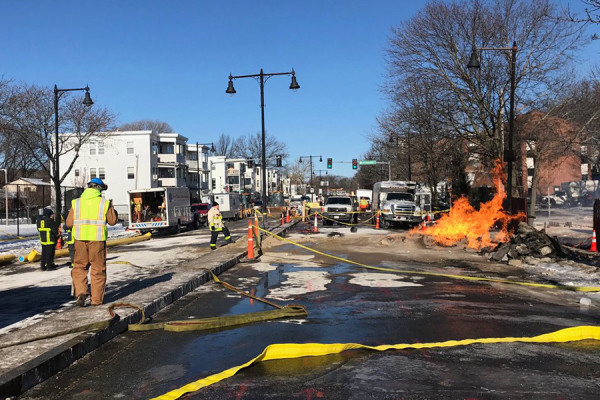 We get to bear witness to public utilities not just breaking and failing, but doing so in impressive and spectacular ways. Like the deep freeze that badly damaged the dock for the Hingham ferry, or the gas line fire in Roslindale that crews were forced to let burn for two straight days to prevent widespread outages.

By the way, Niagara Falls just…froze. So do bubbles. What a world.

It’s a wonky term used exclusively by meteorologists and weather nerds, and it essentially means a rapid drop in temperature over the ocean that leads to a quick-forming powerful storm that goes off like a, well, bomb. It happens about every other year, according to the National Weather Service, but it’s getting a lot of attention at the moment. We’re talking about “bombogenesis” because in the midst of an historic stretch of bone-chilling cold, a storm that fits this mold is predicted for Thursday and could bring snow and punishing wind to the eastern part of the state.

When others who planned to dunk themselves in the frigid ocean on New Year’s Day quit, Scituate polar plungers did not. According to the Patriot Ledger, about 30 showed up at Humarock Beach to take part in the beloved tradition, cold snap be damned. Fifty others showed up to do the same in North Weymouth, but there was “nowhere to plunge… frozen solid.” Why would they do this? It’s not clear. But this is pure, unadulterated bravery, and you have to respect that.