The National Grid and Boston Fire Department finally put out the blaze on Tuesday afternoon, nearly two days after it began. 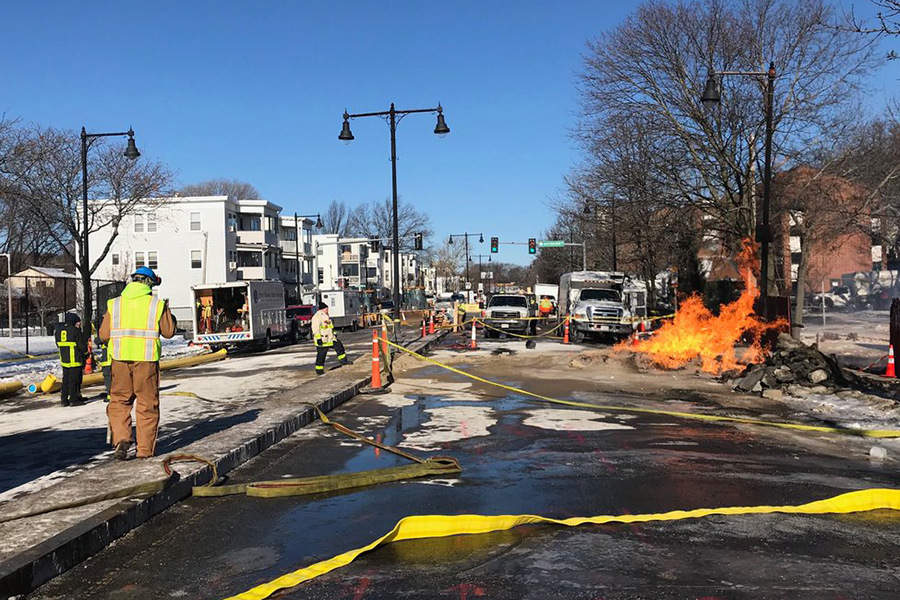 The sun rose, then set, and then rose again, but still the fire burned on.

After more than 36 hours, a gas main fire on Hyde Park Ave. in Roslindale was finally extinguished by the National Grid on Tuesday afternoon. Though the blaze, which began at roughly 6 p.m. on Sunday, forced residents in three nearby buildings to evacuate, gas service was not interrupted.

The extreme cold put Boston Fire Department and National Grid officials in a bind, as cutting off the gas to extinguish the fire would have left homes without heat in below-freezing temperatures. To avoid depriving people of heat during this record-tying cold streak, a temporary line was installed as a detour around the broken area, according to the National Grid. The stopgap measure will tide gas service over while the permanent, damaged pipe is repaired.

Boston Emergency Medical Services transported three utility workers to a local hospital for burns sustained from the blaze, though no additional injuries were reported, according to the Boston Globe.