The area surrounding the Boston-Brookline border was coated in a layer of ice on Monday night. 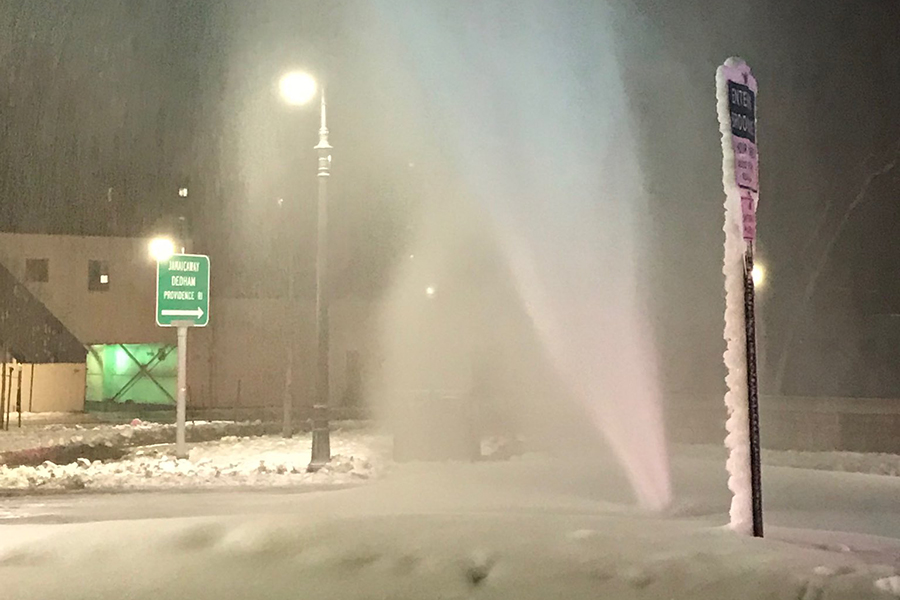 An impromptu ice rink shut down roads near the Boston-Brookline border Monday night after a huge water main break coated the surrounding area in a thick, frozen layer.

Crews responded to calls at 7:49 p.m. as water spouted roughly 30 feet in the air on Huntington Ave. near the Riverway overpass. Eventually, personnel from state, Boston, and Brookline forces were called into action, as both sides of Washington Street between Huntington Ave. in Boston and Pond Ave. in Brookline were shut down, according to the Brookline Police Department.

Water main break on Washington St near River Rd. Both sides of Washington St shut down between Huntington Ave (Boston) and Pond Ave (Brookline) due to ice covering the roadway #551 pic.twitter.com/uWgDxjWCo5

A frozen valve resulted in the break, which was finally contained at around 10:30 p.m., the Boston Globe reports. Officials advised motorists and pedestrians to avoid the area on Monday night and into Tuesday morning, as the roads resembled ice luge tracks more so than thoroughfares. The event did not lead to a pause in water service, a Massachusetts Water Resources Authority spokesman told the Globe.

To prevent frozen water pipes at homes and businesses, the Boston Water and Sewage Commission advises residents to seal any air leaks near the pipes, let water drip through faucets connected to pipes in unheated places, and use a hair dryer to safely thaw any frozen areas.