How to Get Out of Boston Before the Snowstorm

A massive system is predicted to blanket New England in blizzard-like conditions on Thursday, and a number of transit options around the Hub are already down for the count. 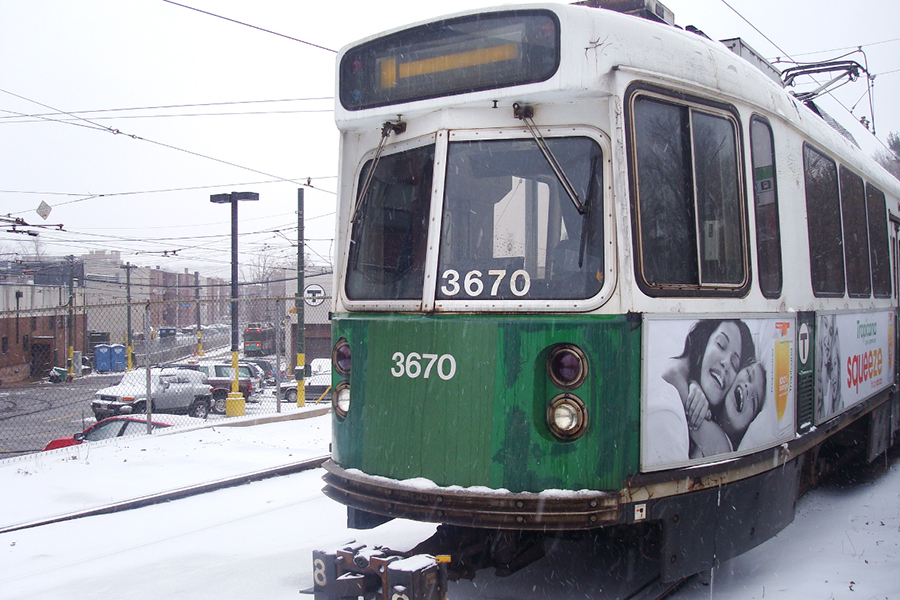 Boston is starting to feel like a real-life version of that escape room you begrudgingly participated in as a show of office camaraderie: fun only until you realize you’re stuck in one room for the foreseeable future. The ferry from Hingham to the Hub is suspended until further notice; several airlines have waived fees for passengers whose Thursday travel plans may be upended by weather; and the MBTA is advising all commuters to factor in extra time to get from point A to point B. Though there are upsides, the bombogenesis is going to cause some trouble for our fair city.

So, what’s a would-be Harry Houdini looking to avoid the blizzardly barrage to do? Despite somewhat limited transit options, getting out of Boston on Wednesday night is doable, for a price. According to FlightAware.com, planes are still going to and from Logan Airport on schedule, so if you need an excuse to impulse-buy that ticket to Phoenix (where Thursday’s high temperature is a balmy 77 degrees), you’re in luck. But really, if you’re that desperate, why not just go full-stop and charter a private jet? For an estimated $23,000, the flight to Cancun will be a cinch.

If air travel feels a little too extreme, you could follow in the footsteps of Britney Spears in the 2002 movie Crossroads and hit the highway. Snowfall is expected to begin in Boston as early as 1 a.m., and the city is under a blizzard warning starting at 7 a.m. Giving yourself an hour head start and leaving at midnight, you could be snacking on chocolate in Hershey, Pennsylvania, where it’s expected to be dry with a high of 25 degrees on Thursday, before 7 a.m. Or after just 10 hours on the road, you could be enjoying a snow-free getaway in Pittsburgh (forecast for tomorrow: only 15, but no snow). The flat, rolling fields of our nation’s interior make flyover country a welcome sight for snow-weary eyes.

Alternatively, if your aim is to find some wintertime warmth, you’ll need to go a hefty distance; winter storm warnings have been issued in cities as far south as Savannah, Georgia, but you could reach Miami (where there’s a high of 60 degrees on Thursday) after a quick 23 hours of driving. But if a car is out of the question, you could consider hopping a Greyhound bus to Indianapolis, or snagging an Amtrak ticket en route to Cincinnati.

But really, fleeing the city for greener—or simply less snowy—pastures is no easy undertaking. And though avoiding the impending storm is theoretically possible, safety should always take precedent. At the end of the day, holing up in your home in the Hub is certainly the less extreme choice to make. After all, so long as your fridge is stocked and your socks are fuzzy, a day cuddled up on the couch isn’t the worst thing to suffer through.